A gruesome discovery was made by police on the border of Russia and China in December when a man tried to smuggle 468 bear paws, along with 37 elk muzzles, into China.

The driver said that he was just transporting meat, but had no papers to say that he was allowed to do so. He was apprehended by police, while his cargo was searched. 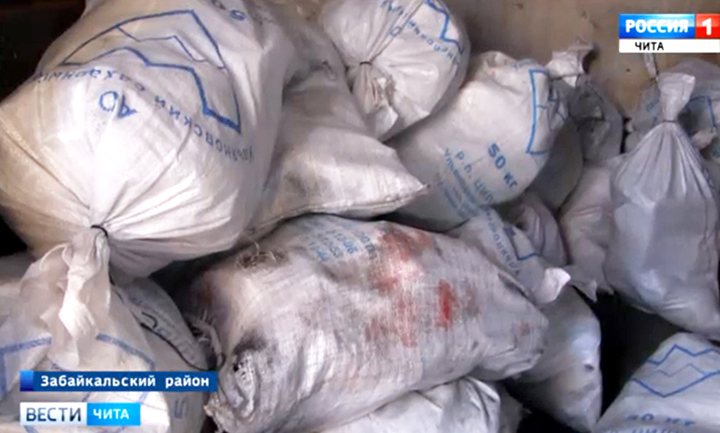 It was there that 32 bags of severed paws and muzzles were found, destined for the Chinese black market. Like donkey skin, these body parts are primarily sold for use in traditional medicine. 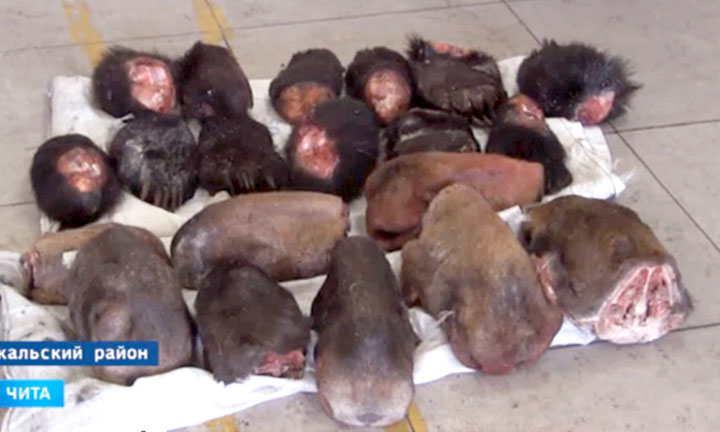 Elk muzzles are said to help boost your immune system and lengthen your life, while bear paws are made into soup as aphrodisiacs.

Police estimate that the smuggler would have made a profit of over $26,000 from his cargo, which resulted in the deaths of around 120 bears. 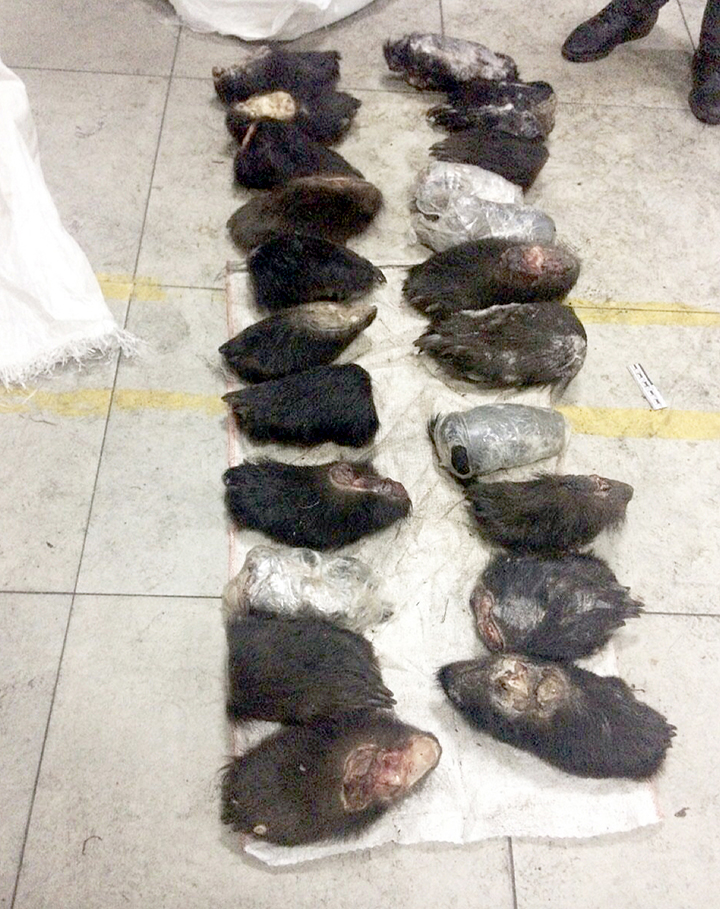 But Tatiana Kuznetrova, a Russian security officer, told the Siberian Times "The damage to nature by such barbaric actions is certainly a lot higher than the driver’s profit."

To collect so many paws, over a hundred bears would have to have been shot, almost certainly illegally. Tsypylma Zhamsaranova, a veterinary watchdog for Rosselkhoznadzor, "It is clear as day that no hunting official could issue licenses to shoot 150 or so bears."

The driver will be fined, but not imprisoned. The police are now searching for the poachers who shot the animals.

Despite the recent victory of the last dancing bears being rescued from Nepal, there are still many cases of animals being mistreated and trafficked in Asia. 22,000 bears are currently exploited on bile farms, which leave the animals with lifelong health problems.

Bile farming is legal in China, a country where 10,000 Asiatic Black Bears are held captive in horrific conditions.

Animals Asia is one of the loudest voices fighting to end the practice. They have saved over 600 bears since being founded in 1998.  you can support them by donating.