When Hurricane Harvey swept through Houston, hundreds of people banded together to keep their animal companions safe from the wind, rain and flooding.

Sadly, this wasn't the case for every pet. In a town West of Houston, rescuers from Houston K-911 Rescue found one dog, Gemma, last Thursday, after she had been abandoned during the panicked evacuation. Her former owner hadn't even given her the opportunity to save herself, leaving her chained to a porch, reports The Dodo. 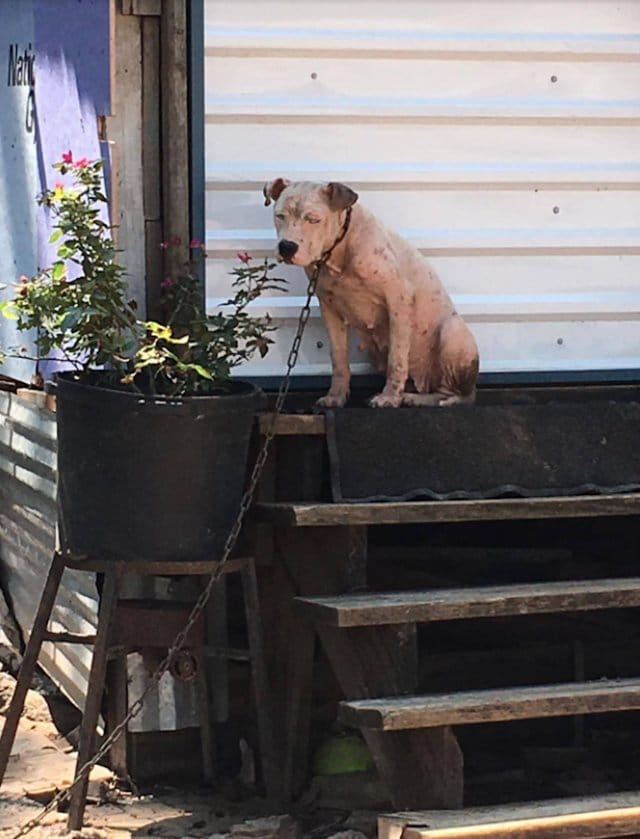 Even worse, Gemma wasn't alone. When she was found, perched on the top step of a set of stairs, 2 of her puppies were huddled, shivering next to her. Volunteers from K-911 had been working in the area for several months and knew that she had more puppies, but sadly they hadn't survived the flood.

Although Gemma was initially scared, growling and barking when people approached, as soon as her chain was removed, she became much happier:

Her demeanor changed completely. It really was hell on Earth for this dog.

Gemma and her puppies, named Opal and Onyx, were taken to foster homes to recover. All of them were suffering from severe mange, causing terrible itchy skin and fur loss, and Gemma herself was also suffering from heartworm, immune system issues and various parasites.

So that she could recover properly, Gemma was sent to a different foster home than her puppies, who were old enough to live without her.

According to Kate Wing, founder of K-911, the poor pooch slept for "a solid two days" when she reached her new foster home, showing how exhausting her ordeal had been for her. Now, she has the attention of her foster mom all to herself, along with as many belly rubs she wants. 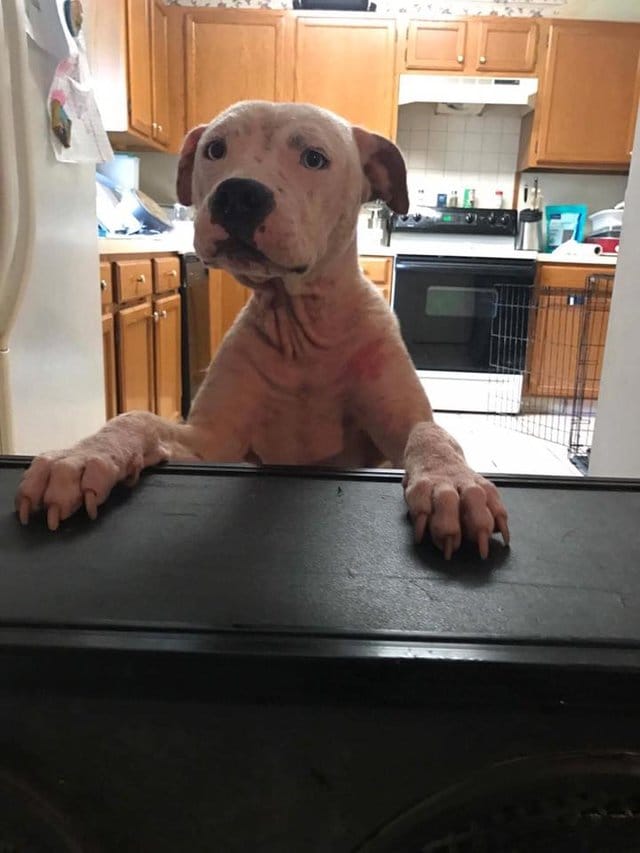 Meanwhile, her 2 puppies are having the time of their lives with their foster family. They are eating properly, quickly regaining strength and the team hopes that they will be adoptable in 2 months.

As for Gemma, she needs a little more care, but K-911 has seen that she is friendly and loving despite her struggles, so they are sure that she will make a wonderful pet.

If you would like to help Gemma and her puppies, you can donate to Houston K-911 Rescue by visiting their website here.