A very unexpected group gave the police and the local community quite a surprise of July 4 when four ducks were taken into police custody. 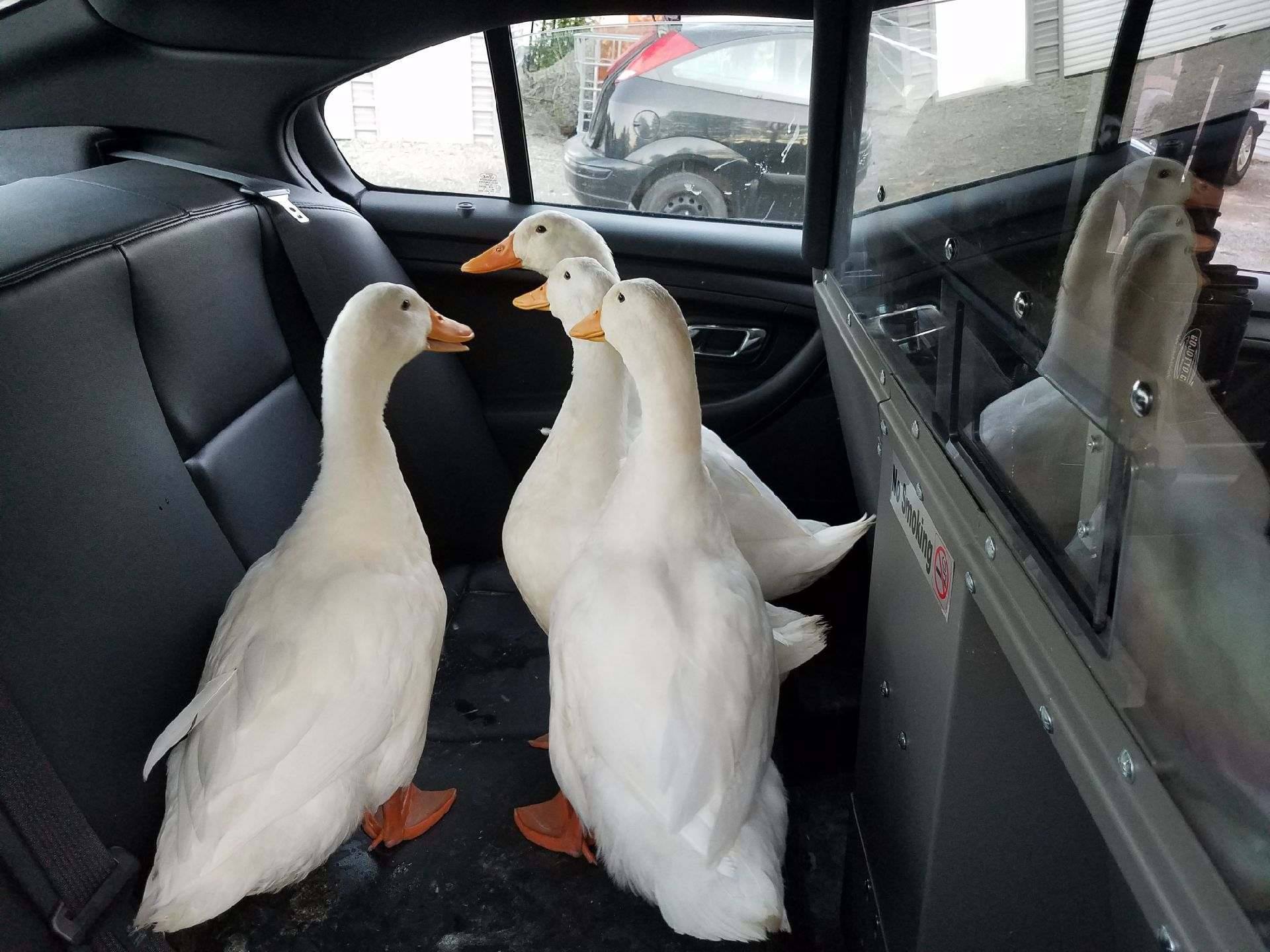 This mischievous quartet made quite a splash in their hometown of Great Bend, Pennsylvania when they left the comfort of their human, Cindy Osiecki's, yard for a bigger adventure, about a mile down the road.

They ventured out from her backyard creek and found themselves at a nearby Pump N Pantry. The brave group seemed to be enjoying themselves and in particular the free food from customers, but eventually, their unexpected appearance was reported to the local police force, who came to break up the party. 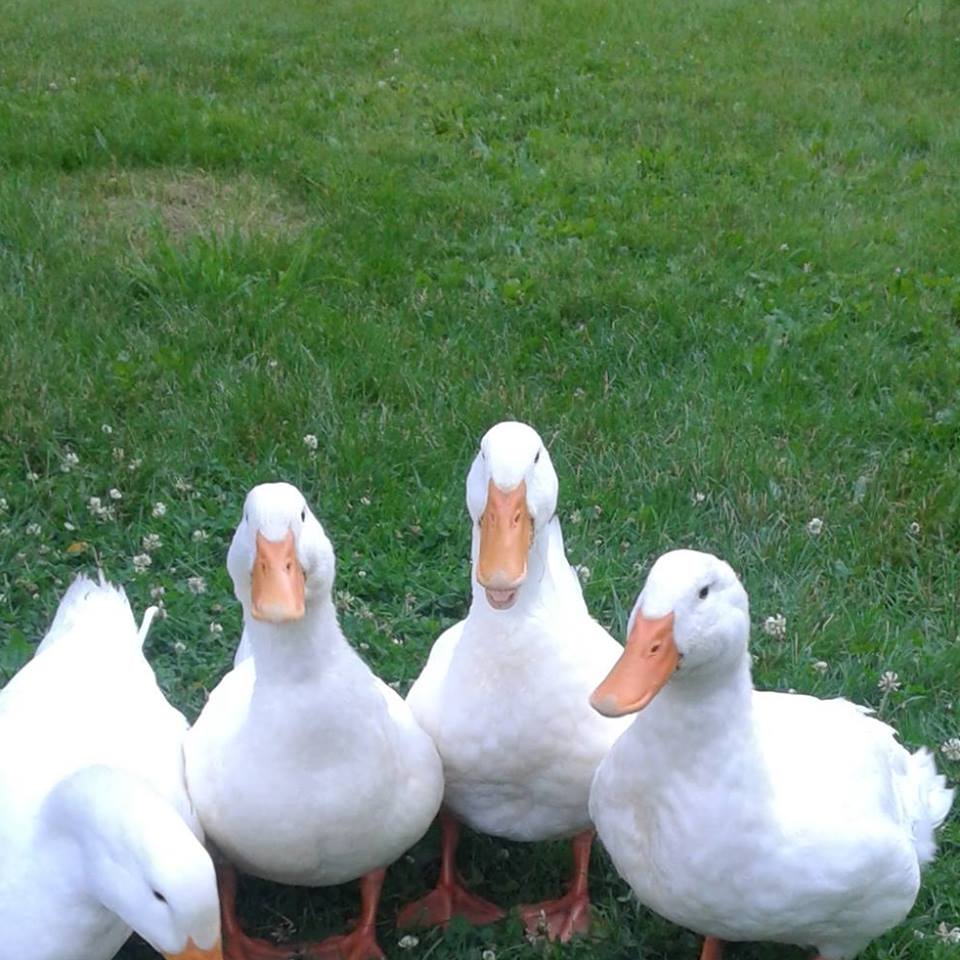 When officers arrived on the scene, the four ducks quite clearly resisted arrest and Kat, a member of staff at the stop described the sight to The Dodo:

They were being chased by one of the police officers. They were chasing them around the car. I thought it was pretty funny, to be honest. 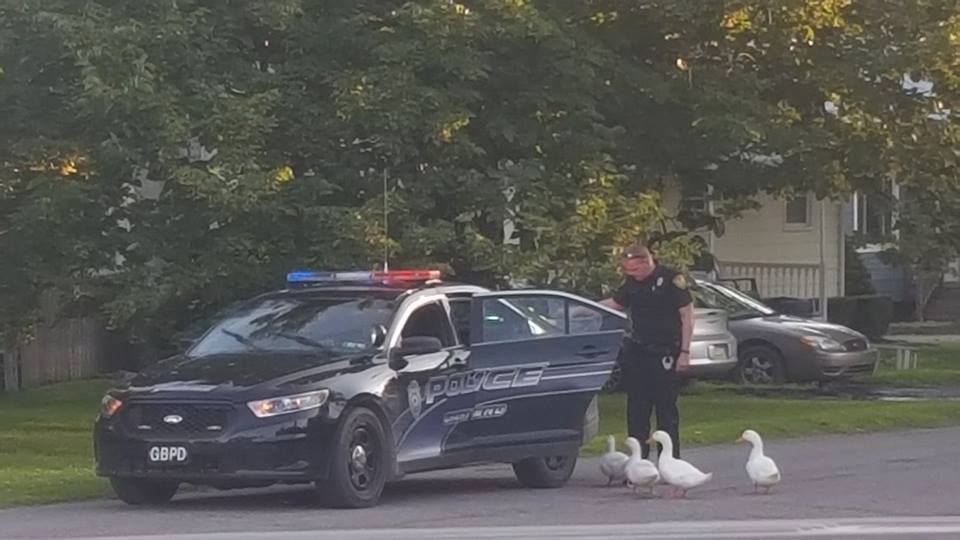 As soon as the police managed to secure the unexpected loiterers, they set about getting them down to the station. Officer Sheehan of the Great Bend Police Department managed to usher the quartet into the back of the police car, ready to bring them in.

Upon arrival, Oseki was alerted to her delinquent ducks. She described her surprise to local news station WNEP 16:

I thought it was funny, I'm like 'are you serious?' There were like 'yeah we took them' because I guess people were trying to take my ducks, and everyone was feeding them, even the cop fed them bread. It's just one Fourth of July no one will ever forget. 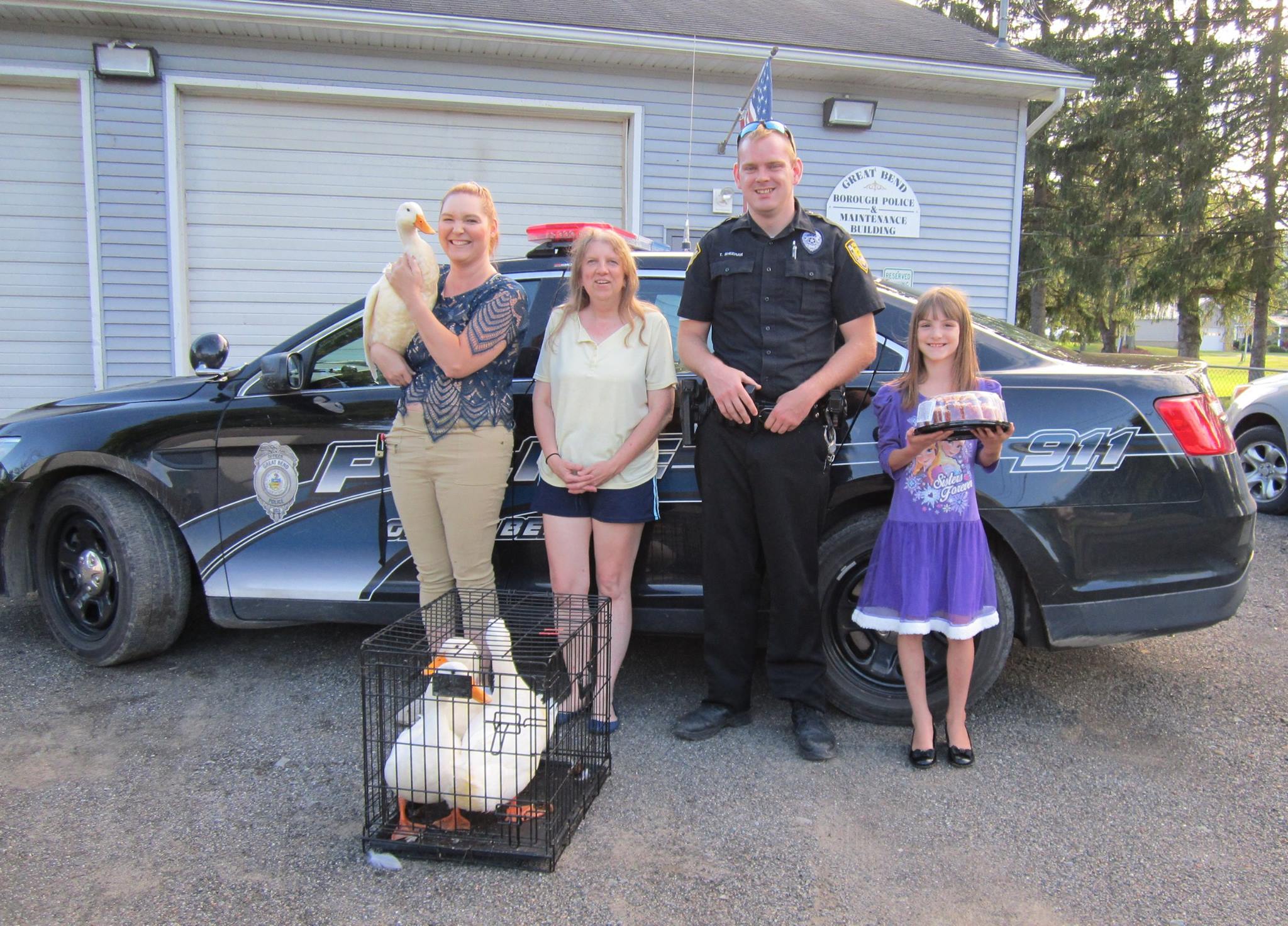 Officers decided to share the unusual story on the department's Facebook page and have received an overwhelming response. The story has so far been shared over 500 times with comments of admirers continuing to flock in.

The four little guys made it home safely and have most definitely learnt their lesson!