Holidaymakers from the sporting club RYCC Savoia, in Italy, had an unimaginable surprise when they were sailing around around the Gulf of Naples.

There in the middle of the ocean, over a kilometer from the coast, they caught sight of a strange white figure struggling on the water's surface. As they approached it, they realised to their horror that it was a tiny Labrador puppy who was gasping for air.

The puppy looked completely exhausted. No one knows how long he had been swimming for, waiting for a miracle like this to happen. You can actually see how the Labrador pup realises these humans are his last chance at survival and he uses his remaining strength to swim towards the boat.

And thankfully the miracle he had been waiting for happened. When he was close enough, a man reached down to grab him from the waves. He had been rescued.

Once onboard, they all tried to comfort him and warm him up. The poor puppy was trembling all over. His rescuers decided to call a rescue boat so that he could get back home as soon as possible.

One of the members of the group said:

He was clearly exhausted, his paws were virtually paralysed from the cold. He was trembling and crying at the same time. 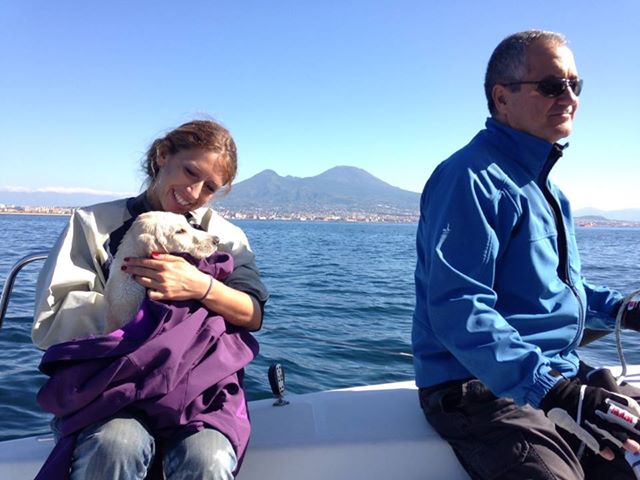 Eternally grateful for rescuing him, the puppy was so adorable with his rescuers. He calmed down and then waited patiently in one of their laps while the rescue boat prepared to come and get him. 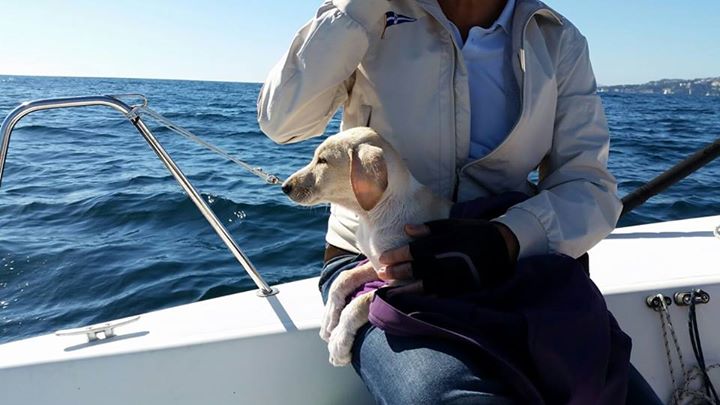 Back on land, it was time to find his family and figure out how the incident came about: how on earth could a puppy this young find itself alone in the middle of the ocean?

They did not have to wait long for the answer. The same, morning, a man named Mario Di Meglio announced he had accidently dropped his dog from the deck of a ferry he was on.

The man immediately told the members of crew but they refused to turn around and believed the dog would already be dead. 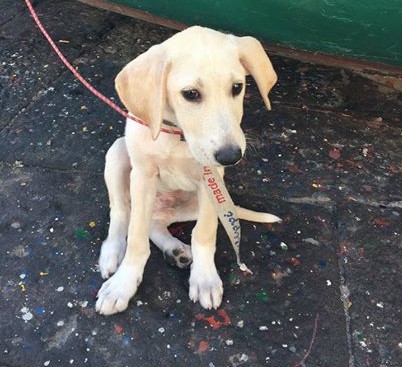 The puppy, whose name is actually Noodle, was a very lucky pup indeed to stumble upon the holidaymakers of the sporting club. Had he been out there a few minutes longer, he would have certainly died from hypothermia or exhaustion.

Noodle was quickly reunited with his human Mario, and he is in high spirits now. The ferry company has since launched an internal investigation and apologised for the 'incident'. 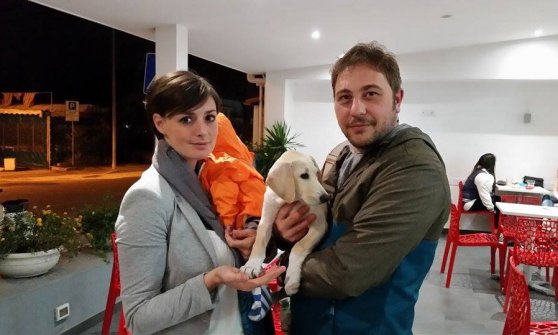