On March 8th, Willow, a five-year-old cheetah, gave birth to five cheetah cubs via C-section at the Cincinnati Zoo & Botanical Garden’s Cheetah Breeding Facility in Ohio, US. Tragically, the mother died after struggling to recover after surgery.

But the orphaned baby cheetahs have luckily found an adoptive dad in Blakely, a five-year-old Australian Shepherd who acts as resident nanny at the zoo. 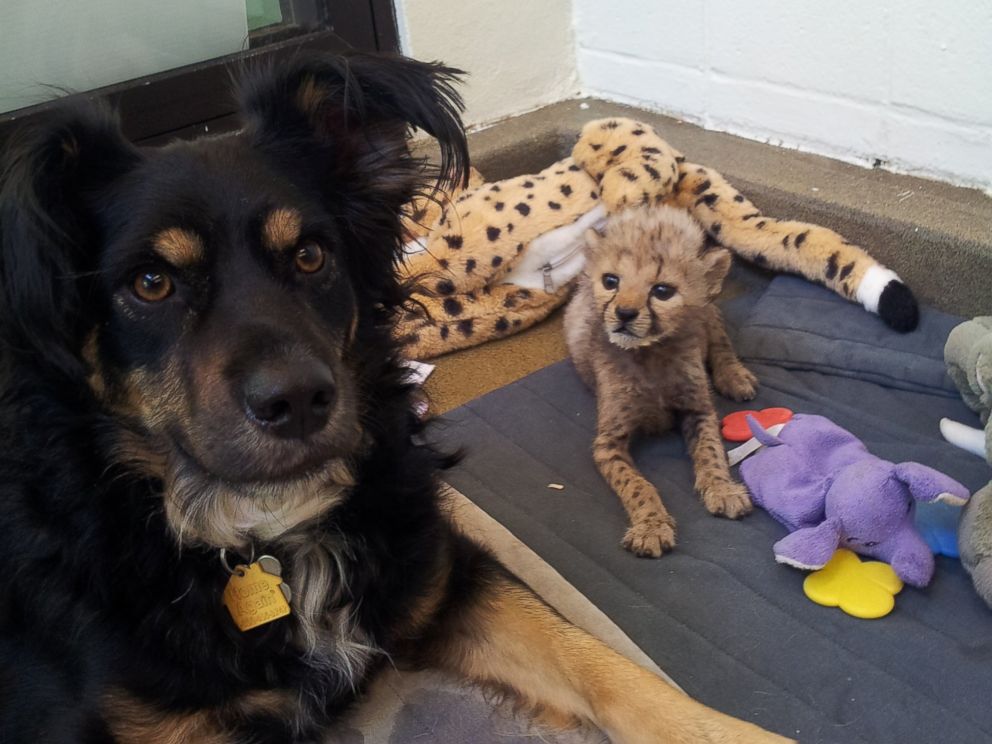 The cubs have been receiving critical medical care in the zoo’s nursery since they were born. Nursery staff have been with them every hour, bottle-feeding them and giving them massages, whilst closely monitoring their weight. 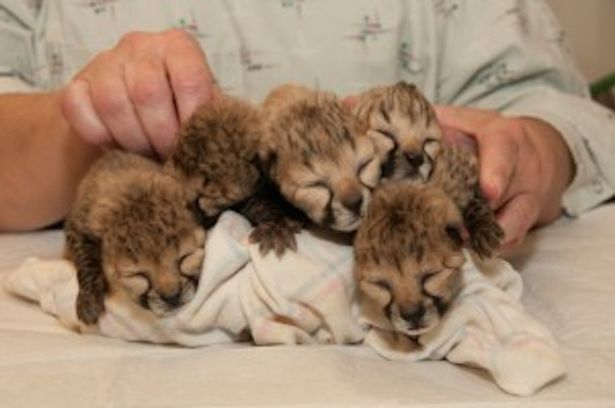 But the babies (3 boys and 2 girls) need a bit of furry comfort so the Australian Shepherd has been brought into the nursery to act as a surrogate parent. It's important the cubs exercise so climbing over Blakely is a great way to get them moving.

Head Nursery Keeper Dawn Strasser supervises the cubs' interactions with the canine. She said that the group immediately bonded, commenting:

As the cubs grow, Blakely’s role in their development will shift from climbable companion and hairy warm body to teacher and role model.

Blakely has previously looked after a cheetah cub named Savannah and a baby goat named Dale. She taught them both the important difference between gentle biting and the start of a fight, an important lesson for the cubs to learn once they get bigger.

The orphaned cubs will stay in the nursery with their canine companion for the next 8-12 weeks.

Watch Blakely and her surrogate cubs in action here: