Louie was not destined to have a happy family and a best friend. He was destined to be slaughtered for his meat on a farm in Chungcheongnamo, South Korea. He had spent his life in a tiny cage, never playing, eating from a bowl or even going to the toilet in a dignified manner. He would only ever have left his cage to be slaughtered. But his destiny changed when the Humane Society International (HSI) stepped in, reports The Dodo. 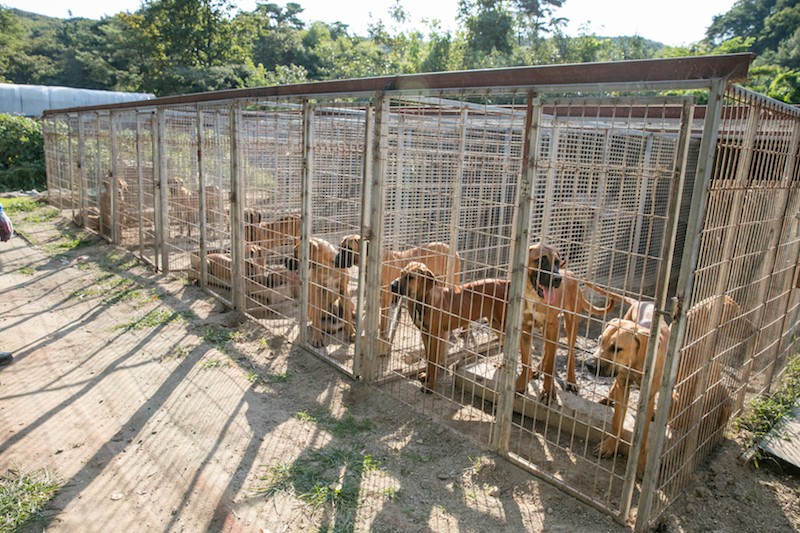 In 2015, the HSI made a deal with the meat farmer, Mr. Kim, that if he released his 103 dogs to the team, they would financially support him in becoming a rice farmer. The dogs would not be adopted in South Korea though, because of a sad stigma around meat dogs. So they were sent to the U.S., specifically the Sacramento SPCA, where Louie and the other dogs were cared for and put up for adoption. 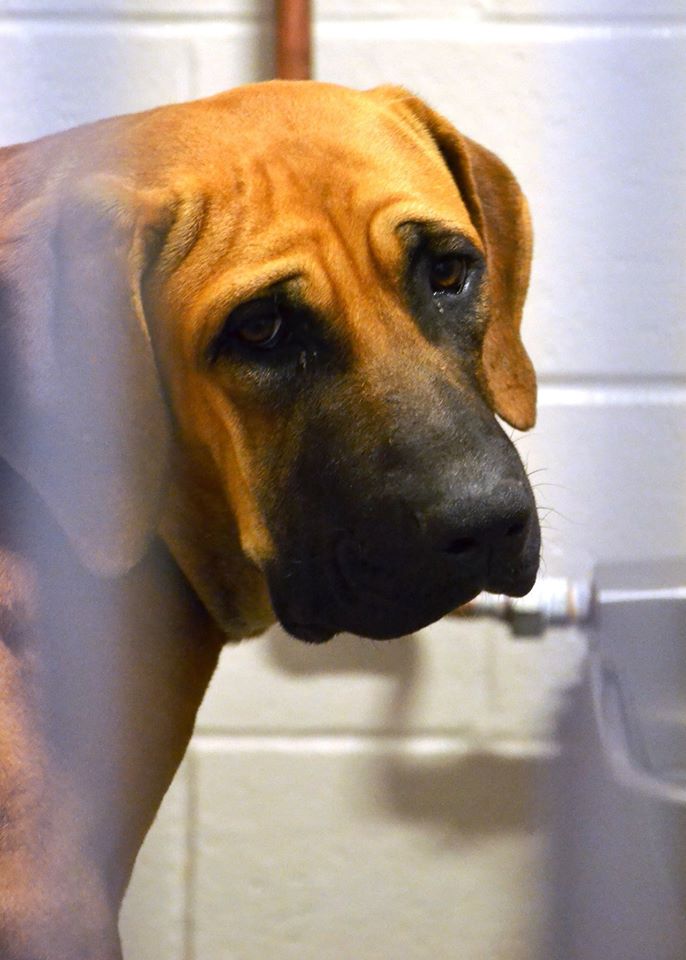 The 40-pound mastiff was understandably timid and wary of his surroundings – after having spent his life cramped in a cage, this kind of behavior was expected. But Louie was an extreme case. He had difficulty walking and he refused to go outside. He was too heavy to carry, so he was carted around in the yard. Sarah Varanini, foster care coordinator for the SSPCA, told The Dodo:

The first few times in the yard, he wasn't quite sure what to do. 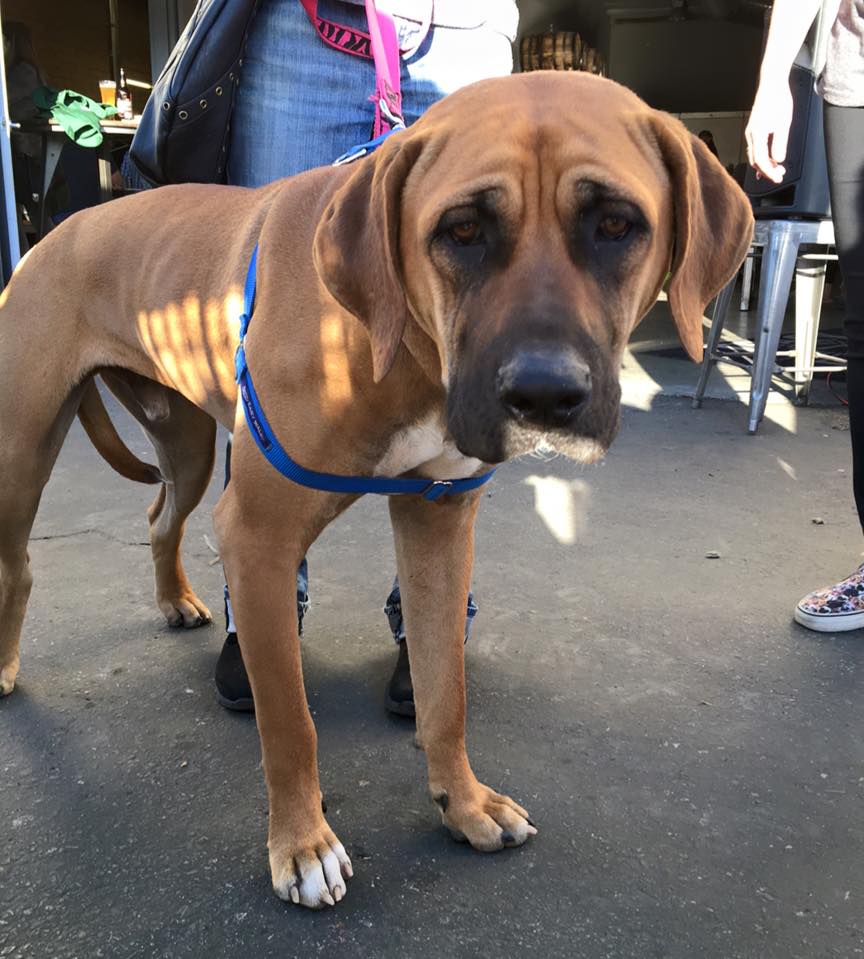 The SSPCA was worried about the pup finding a family, especially one that already had a dog. They described him as a "bull in a china shop" with other pups.

Monica Engebretson saw Louie's adorable face on the SSPCA's adoption page, and decided to take her dog, Cherry, and her daughter to go and meet the mastiff. She was worried because Cherry, a rescue herself, had a very dominant personality. She had been found abandoned with a chain around her neck, but her strong character helped her through.

When the mother and daughter saw Louie in his cage, he was terrified of all the onlookers. When they went to pet him, he would get up and move away. The shelter volunteers had to carry the pup to meet his potential family. Engebretson said:

Louie was being gently pushed and half-carried through the lobby like a protester exercising civil disobedience.

But they decided that Cherry was already there, waiting outside, and they would let the two dogs meet. Engebretson did not expect what happened next. 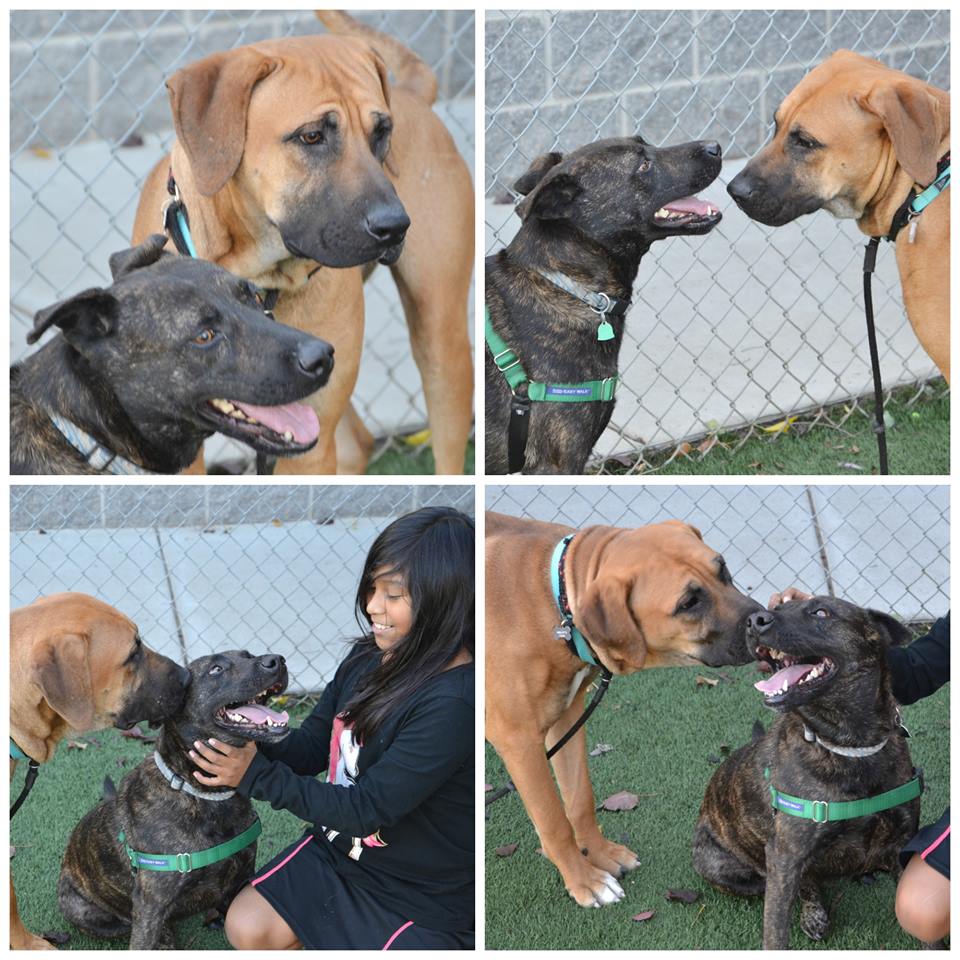 Cherry and Louie immediately hit it off, tails wagging and noses rubbing. Louie turned into "a completely different dog." When the pair went out to play, Engebretson's nervousness soon disappeared as they were a perfect match. She was astounded at Louie's transformation:

I saw that there was a real dog inside, not just an empty shell and that we could work with him with Cherry's help. 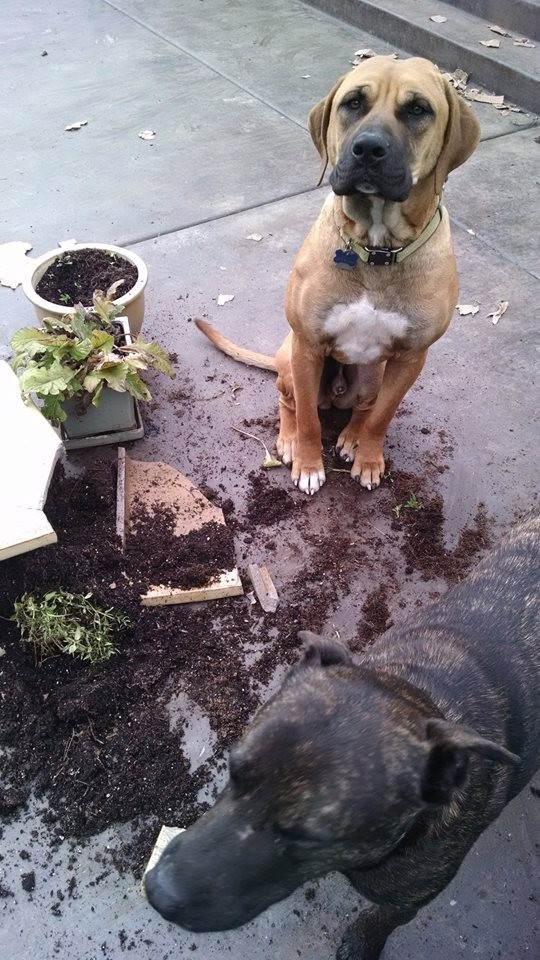 The family decided to adopt Louie and Cherry has been his best friend ever since. She helped him grow closer to his humans, trust the family, move around more easily and lose his fear of the outdoors, the vet's office and small doorways. And Cherry has gained a new best friend in the process. 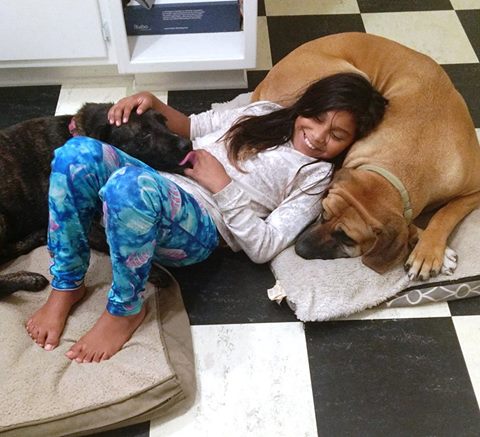 Louie has been with his loving family for a year now, and they say his sparkling personality has started to show through:

He's goofy and demanding, […] and also thinks that if he sits he automatically should get a treat. 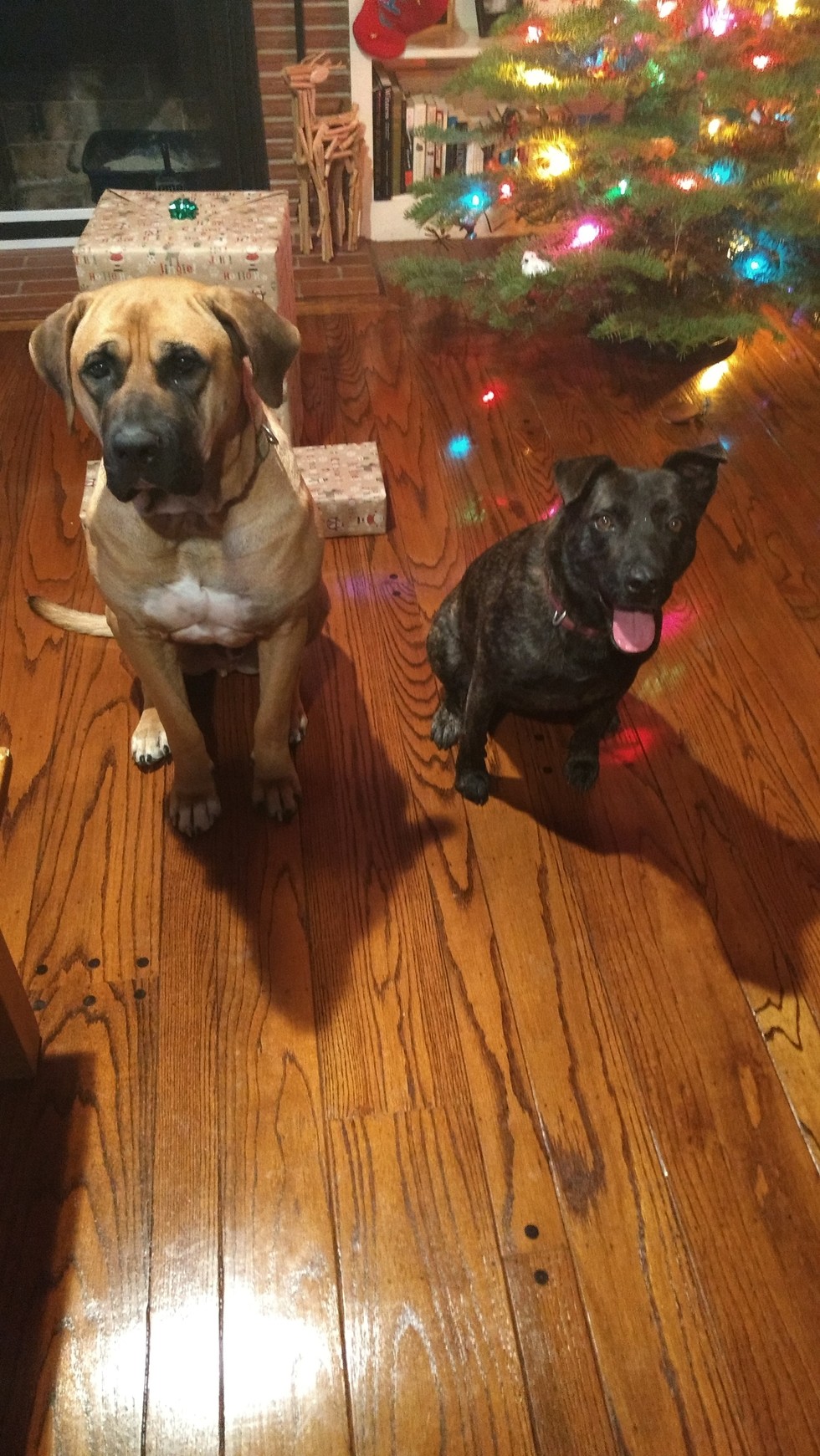 Dogs that are slaughtered for their meat are in no way different to the dogs that are kept as pets in the Western world. They have personalities, quirks and needs – and an even more urgent desire to be loved.

Many other dogs like Louie still need to be saved. You can make a donation to the HSI by clicking here.