A video went viral this month showing a man in China beating his dog with a flail as a way to spur the pooch into pulling the cart he was riding on.

The horrifying video showed him beating the poor pup without mercy. The man is sitting on a sort of wagon along a busy road while the dog is motionless in front of him. 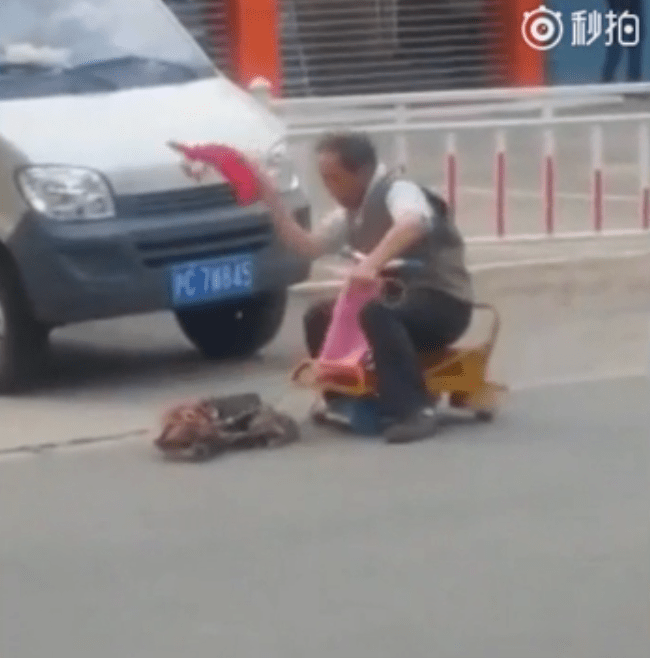 The man proceeds to whip him continuously, even though the animal still does not move. Onlookers seemed to try and reason with him, but to no avail. 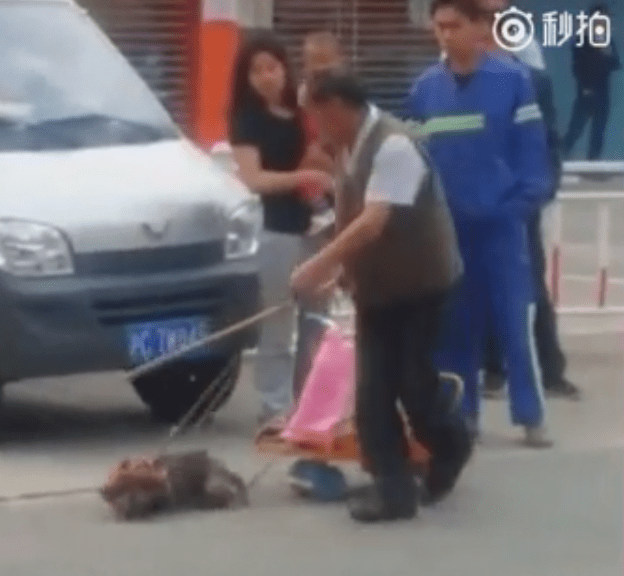 He finally gets up, and the dog stands, only to be dragged to the other side of the road away from the critics. The man once again sits and tries to get the tiny dog to pull his cart. He pokes and prods him with the stick before beating him anew.

The video was posted on November 2, and just two days later PETA Asia stepped in to save the animal featured and another dog who belonged to the man. 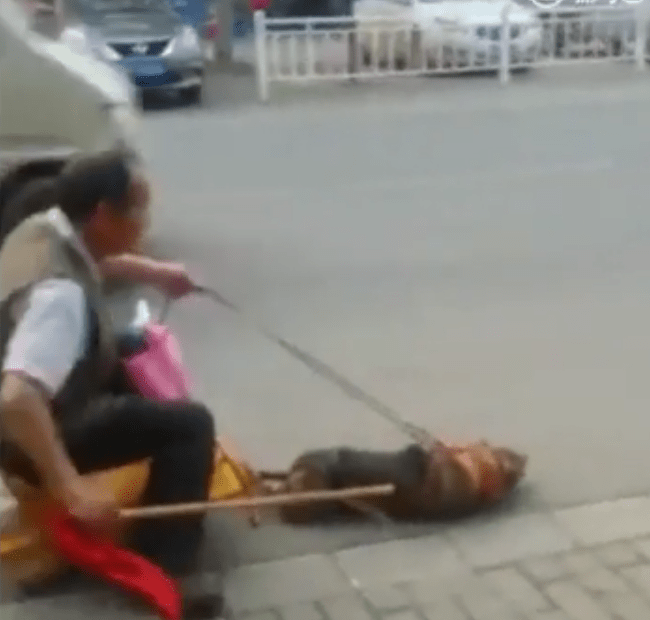 The team managed to locate the perpetrator and showed up at his house refusing to leave without the dogs. They live tweeted the whole incident.

At first the man refused to hand over the animala. PETA refused to take no for an answer and continued bargaining until he finally gave in. 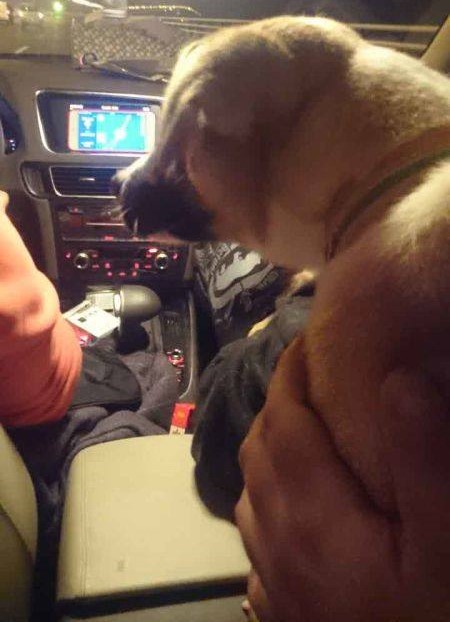 The two pups were whisked as quickly as possible, so they would no longer have to endure the torment of that household. PETA even shared a video of the duo eating their first breakfast in liberty. 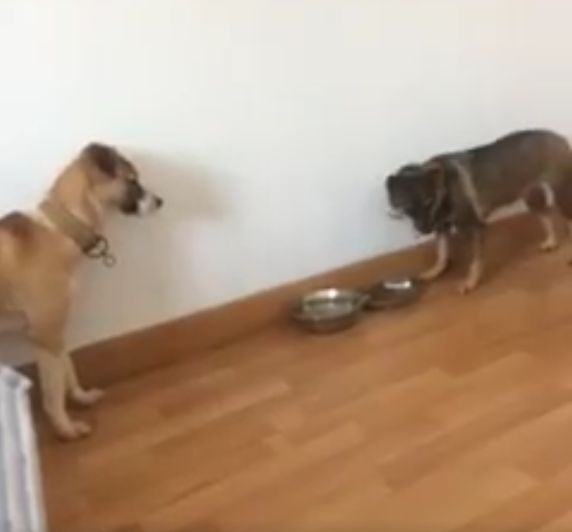 Unfortunately, although animal abuse is technically illegal in Shanghai, where the incident took place, there is no punishment for the wrongdoer. PETA Asia is intent on pushing for more stringent penalties for these crimes.

Thankfully though, the two pooches are on their way to better lives and happy homes. They are up for adoption and anyone interested can email info@petaasiapacific.com for more information. You can also make a donation to help them continue their lifesaving work.