A new scandal is causing indignation amongst animal lovers across the internet. A young, Russian tattoo artist,  known under the pseudonym "Aleksandr", recently tattooed his cat, Demon. This was the fourth time he had done his art on the young Sphynx. 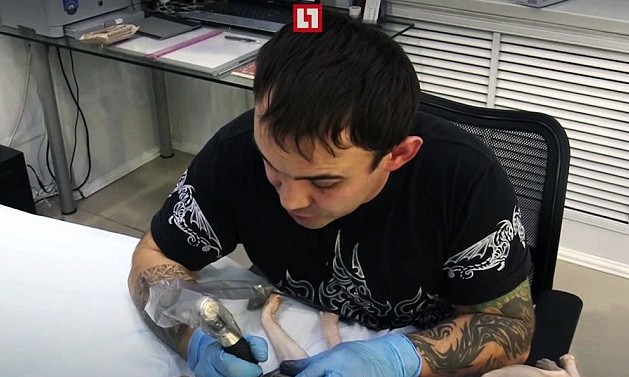 The Daily Mail reported that the man is a tattoo fanatic, and resides in Lekaterinbourg, in the center of Russia. 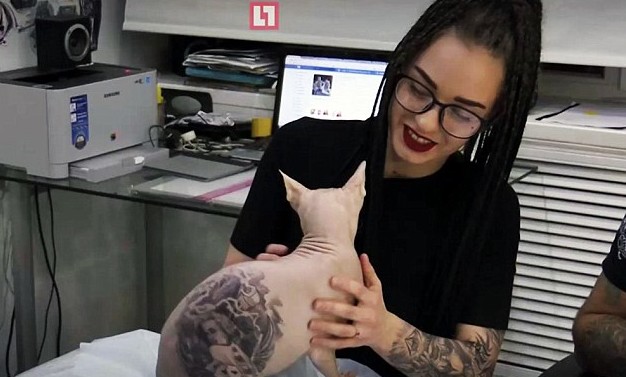 On February 3, he proudly posted the photos and videos of his tattoo session on social media. For the fourth time, Aleksandr chose to mark his pet's body with symbols traditionally linked with gang members and criminals in Russia – a dungeon, a pin-up girl and a cigarette, amongst others. 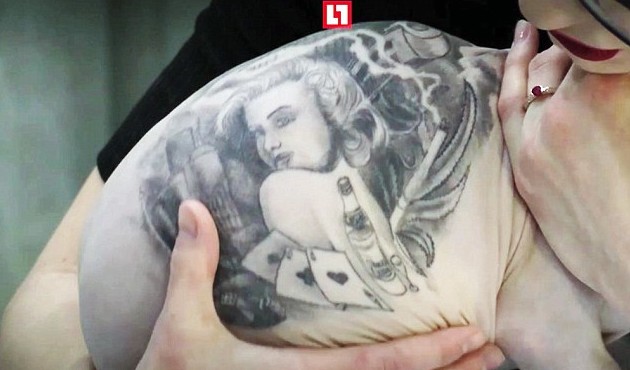 But the young man did not expect such a wave of indignation and critique. Within a few hours, the scandal had gone viral and animal lovers on the internet reacted in their thousands, saying how profoundly shocking the cruel act is.

Denouncing the act of tatooing a cat for his own pleasure, internet users also touched on the irresponsible usage of anesthesia and painkillers. "I hope it is not too bad for him, it is not his first tattoo. Usually he feels fine and recovers from the anesthesia pretty fast," Aleksandr explained.

Faced with thousands of critical messages, Aleksandr even admitted his reservation about doing the procedure:

Of course I feel pity for doing it to him. It's not like he wanted to do it himself. He has a different skin, so tattoos are applied differently.

Yelizaveta Skorynina, a militant for animal causes in Russia, joined the outraged voices and said that a Sphynx cat's skin is extremely sensitive, and that painkillers presented risks for the feline, but also may have done nothing to stop the pain during the tattoo session.

The drug turns off the movement of the cat, but the brain is still working. If he does it frequently, it could affect its heart.