At the end of 2017, Lewis Jimenez from Texas, had no choice but to abandon his dog, Titus, a 6 year-old Pitbull. 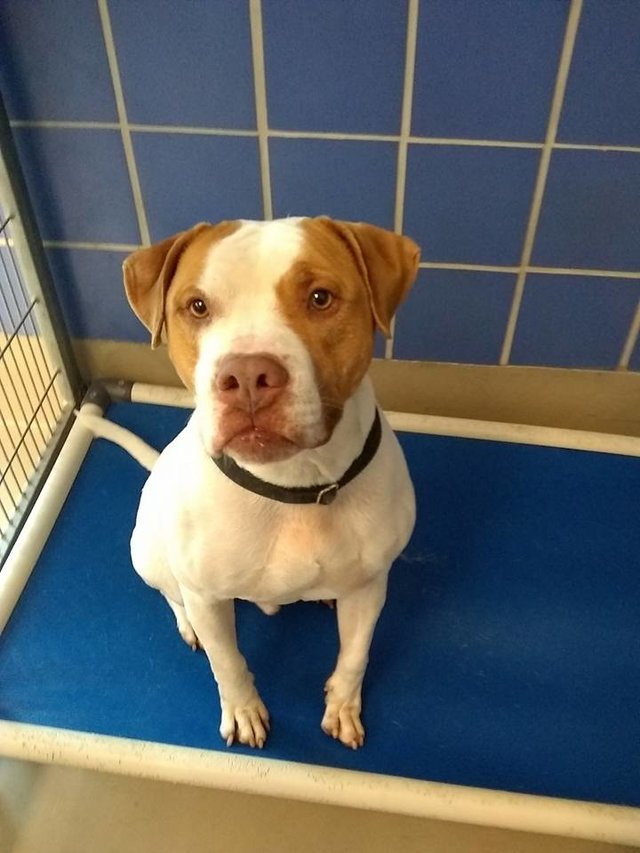 He took him to the Austin Animal Center, where he adopted him back in 2013. It was with a heavy heart that he left him there, but alas, he had no choice; the management company of his building told him that he had to get rid of Titus, or be evicted.

Having found no other person to keep him while he searched for a new home, Lewis resolved to temporarily abandoning his beloved dog. 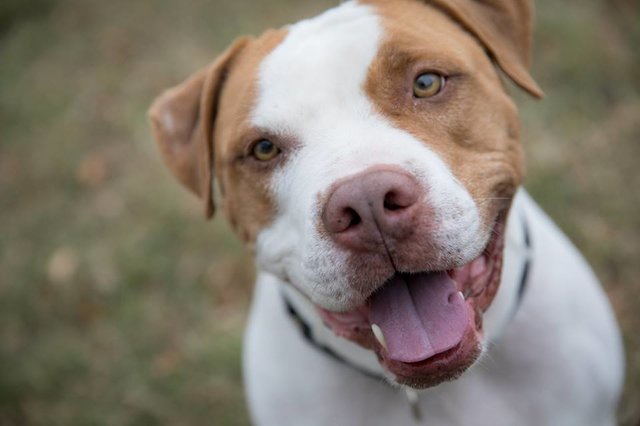 From our point of view, we’re not able to hold dogs, because we hear owners say this all the time — that they’re going to come back, but then they don’t.

The volunteers saw how difficult it was for Lewis to give up Titus; the dog had a really hard time adjusting to life in the shelter. 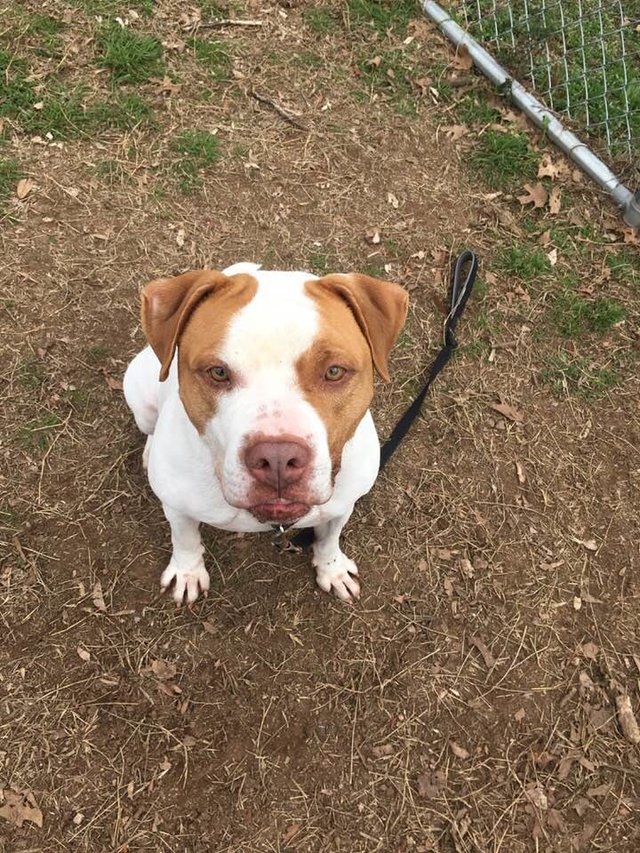 The shelter is a really, really stressful place for dogs. Some dogs handle it better than others, but Titus wasn’t one of them. He was really stressed out. When you got him out of his kennel, he was great — super playful and really sweet. But in his kennel he was sullen and really sad. 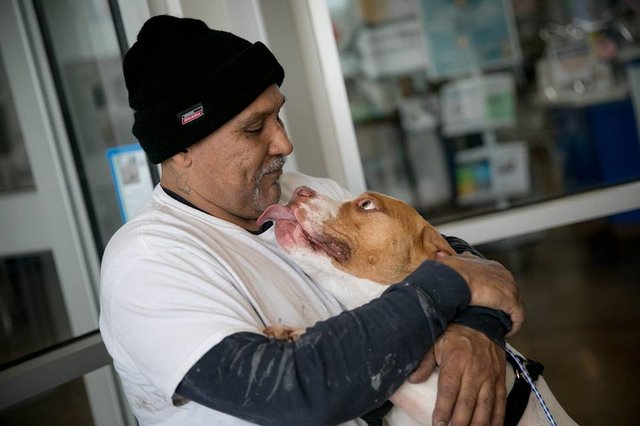 Lewis and his family visited Titus as often as they could, but it was always an emotional experience with Lewis saying:

He would get overwhelmed and he would be very sad. The volunteers would make notes like, ‘Titus is not himself.’ It just made me even more determined to do what I had to do to get him out. 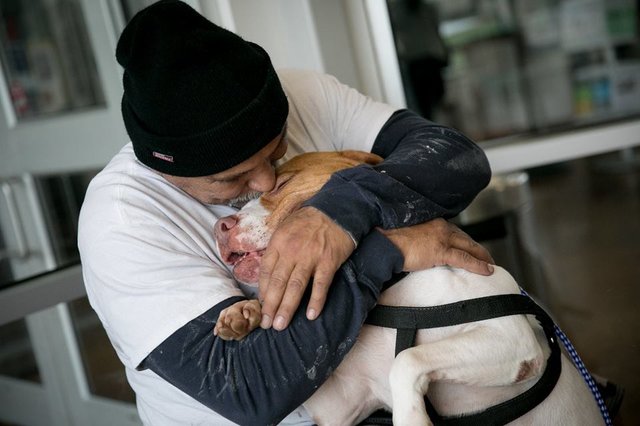 At the end of each visit, when Lewis would have to leave, the volunteers would have difficultly holding back the tears. Then, one day, Lewis and his family were able to move to a place where they could keep Titus, and true to his word, he came back to find him.

The new house even has a yard where Titus can run around and enjoy himself. Lewis expressed how grateful he was to the people at the shelter for their ongoing support and for looking after Titus. 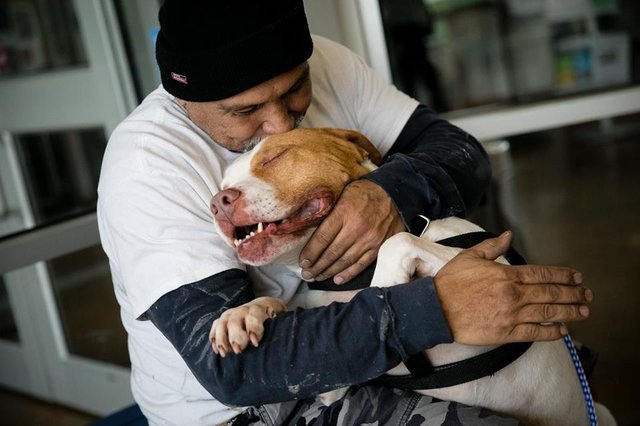 He said that Titus is lounging on the couch, even though he’s not supposed to, but they’re giving him a break since he’s had a rough go at the shelter. But they said he’s doing great. They’re beyond happy to have him back.

He loves Titus. We can see now that not coming back from Titus was never an option — he was doing everything he could to make sure that he got Titus back.