This adorable raccoon, Loki, was found by Kat Wagg when he was on the brink of death. Badly injured with abscesses, dehydrated and infested with parasites, the creature would not have lived much longer.

But the raccoon's life-threatening condition didn't stop Wagg from wanting to help.

Wagg adopted Loki as his own, looking after him until he was healthy again. 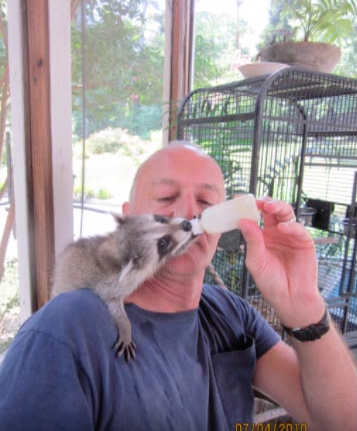 He never intended that Loki would stay with him, and made sure that the raccoon was free to do as he wished. He says:

Animals deserve freedom just as much as you and I. A life in a cage is not worth living. 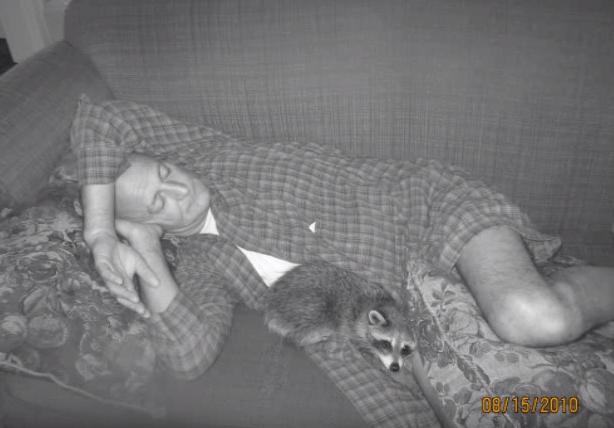 Wagg took Loki to a rehabber to teach the orphaned raccoon how to live in the wild. Since most raccoons will return to their natural habitat of their own accord, they didn't expect him to stay domesticated for long.

But Loki had different ideas.

The raccoon wasn't going anywhere: he wanted to stay with the family that saved his life. 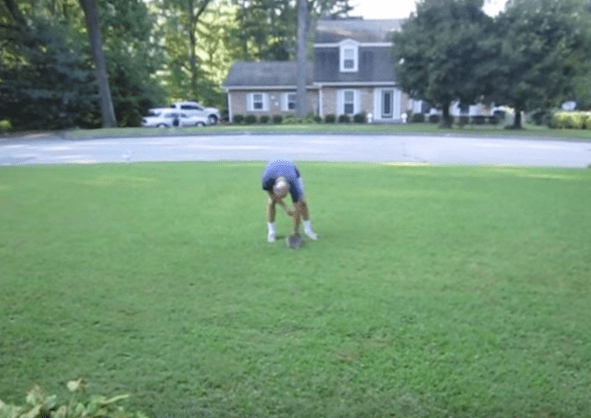 The adorable furry creature follows Wagg around, before his best friend wraps him up warm in a towel. 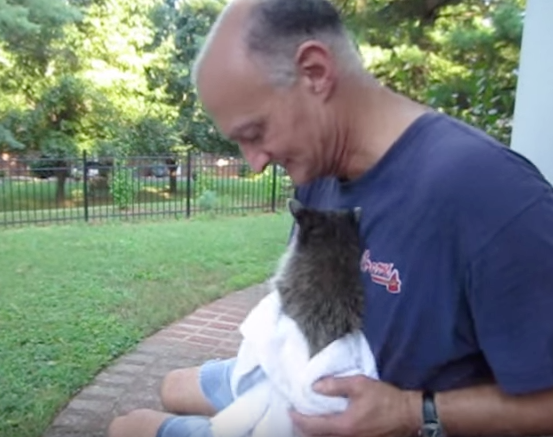 Loki is happy to share his snacks with his best friend! He is so perfectly behaved. 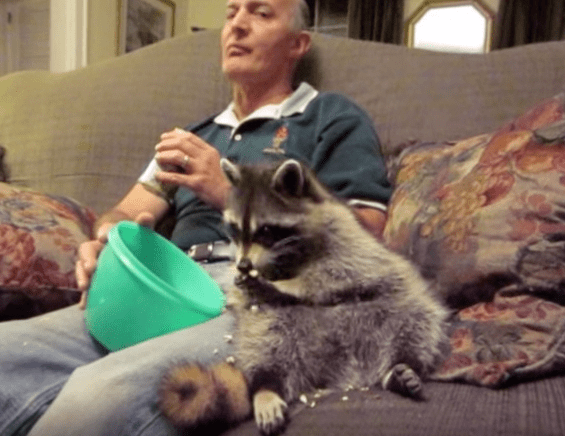 Thanks to Wagg's devotion to his furry friend, Loki had a much longer and better life than he could ever have dreamed of.

However, Loki sadly passed away in May 2011, having spent a year living in perfect happiness with his human family. The little raccoon had a fatal reaction to the MLV vaccination. 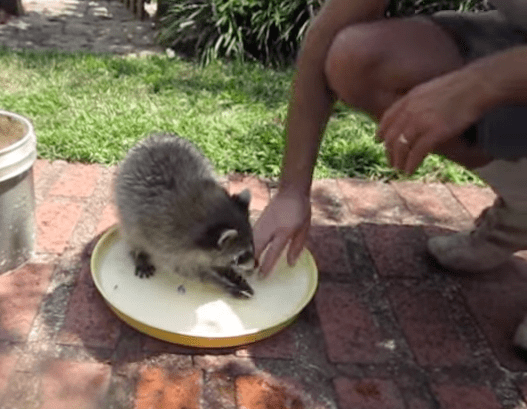 Wagg underlines that "Loki was not a pet." He was given the freedom that he deserved, allowed to come and go through the doggie door, and it was only ever his choice to stay with his rescuer.

We'll leave you to enjoy this heartwarming video of Loki's very special life.

According to the Humane Society, animals should be left in the wild as far as possible. However, if you find an animal which is orphaned or injured, take a look at their guidelines for how to help.