A 24 years old man from Villepreux, northern France, was placed in custody on Monday April 16 2018 for slaughtering the family puppy, a small Italian Greyhound, right in front of his children in December 2017, as french newspaper LE Parisien reports.

The man was already in custody for domestic violence. Last December, neighbours alerted the police after hearing cries coming from his home. He was then taken into custody, tried, and sentenced to one month in prison.

During their investigation, police learned of the dog's death, who had to be euthanised by a vet after being seriously injured. The animal was suffering from a very serious head injury, which, according to the vet, was not accidental. 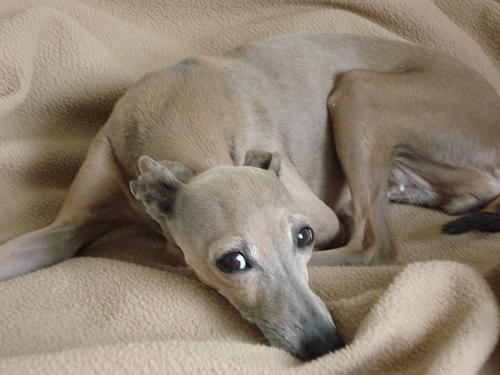 Nicolas' wife, his children, as well as the neighbours, have all confirmed that the man, in a fit of rage, threw the dog against the wall. Nicolas acknowledged these facts before being placed under judicial review pending judgement.