This April, Hope for Paws was called about a cat who was stuck in a long pipe. When they arrived on site they quickly discovered it was not one, but several cats: a mom and her babies. 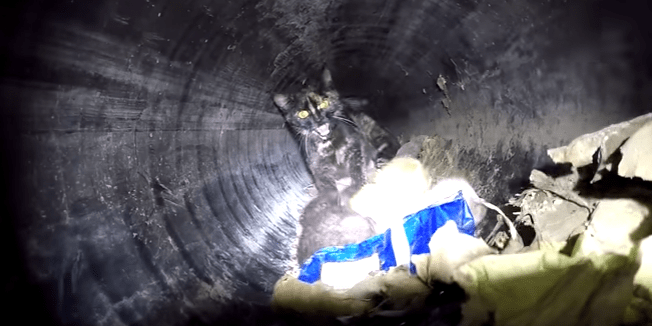 The felines were deep in a 60 foot drain pipe, making their rescue incredibly difficult.

The volunteers realized that this would be no ordinary rescue. They returned the next day with a new set of equipment: a remote control car and a camera. 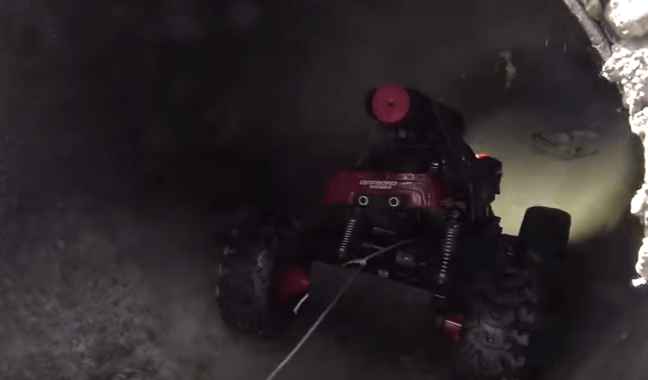 They attached the two and tied a string to the car to get a better view of the animals.

Once they got a clear image of where they were, rescuers constructed a 60 foot long pole to try and push the mom out first.

They put a cage on the other entrance of the pipe to catch her when she came out. 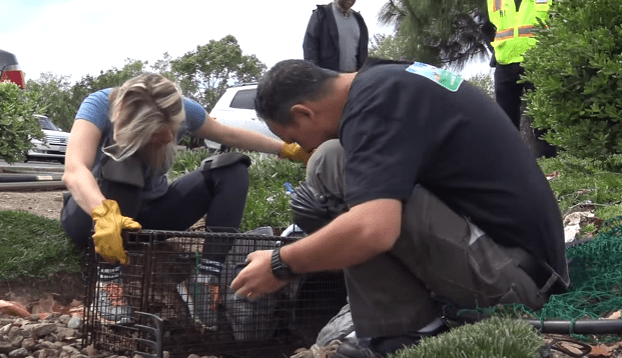 She was understandably frightened after they pushed her out, but calmed down once they covered her with a blanket.

The next step would be more difficult as the kittens wouldn't flee on their own. They literally had to be pushed out.

The volunteers attached a heavily padded boot to the pole so that the kittens would be forced out like a piston. 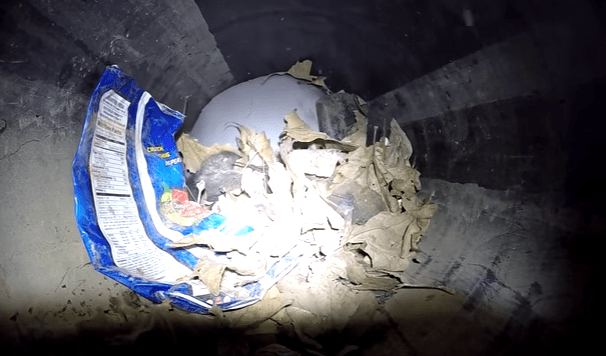 They had to go extremely slowly in order to make sure none of the felines were hurt, and they monitored the whole process with the camera.

Thankfully, the debris that filled the pipe also cushioned the tiny animals.

The four kittens were quickly scooped up as soon as they reached the entrance and brought to join their mother.

The little family will be fostered by one of the volunteers until they're ready for adoption. 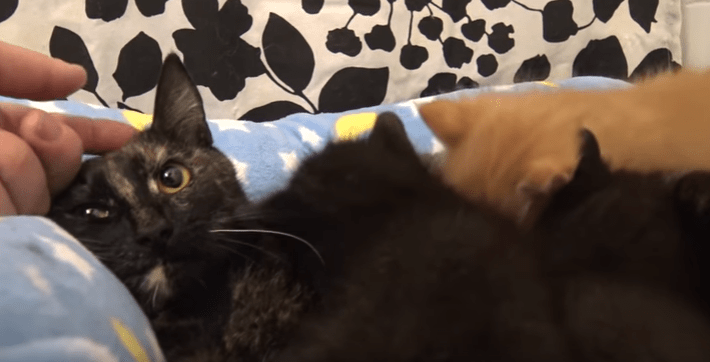 You can follow along with their progress and see when Nutella, Snickers, Toffee, Bonbon and Nougat will be looking for their forever home, by checking out the Room 8 Memorial Cat Foundation Facebook page.

You can also donate to Hope for Paws, here, to help them continue their rescue efforts.