Leila, a four-and-a-half-year-old baby chimpanzee, was being held captive in a park near Huambo, Angola. She had likely been stolen from the forest at a young age, after locals killed her mother for bushmeat, reports The Dodo. 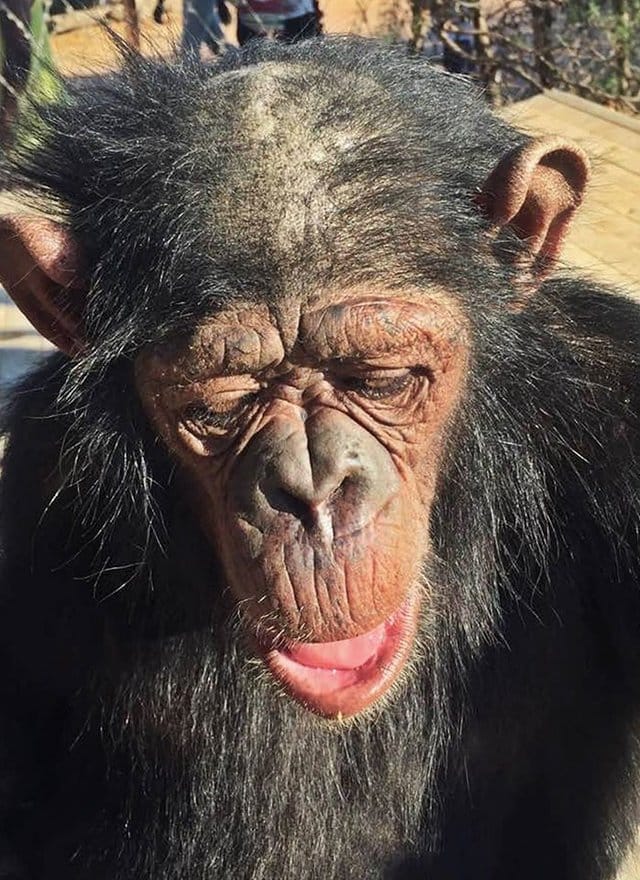 After being sold to the owner of the park, she was placed in a cage, but she quickly destroyed it. So they decided to chain her up between two trees. 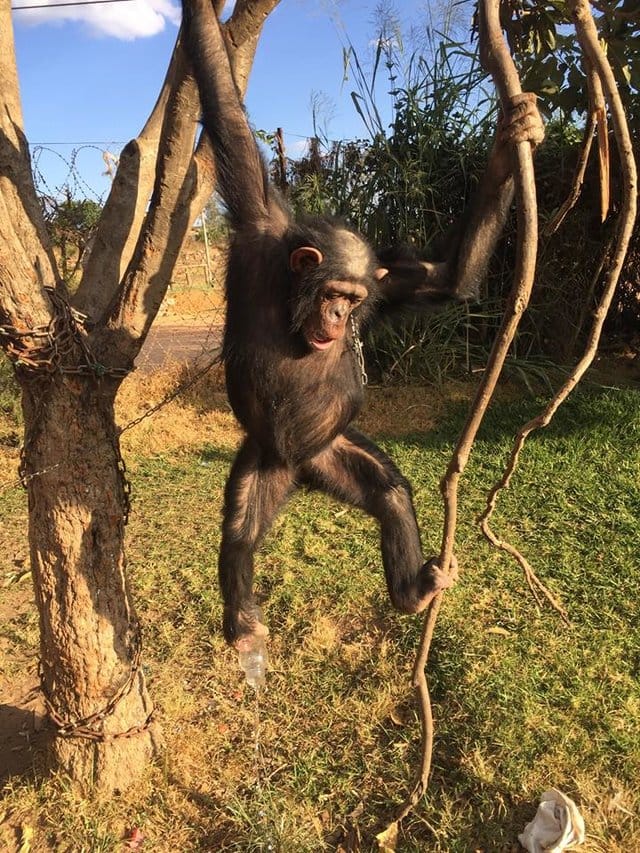 And there she remained for who knows how long. Poor Leila was in direct sunlight all day long and was forced to rest in a makeshift bed in a tree hollow.

She was never fed, so she had to beg park visitors for food, which mostly consisted of fried foods and alcohol, as that was all that could be purchased nearby. Leila was even forced to drink her own urine to stay hydrated. 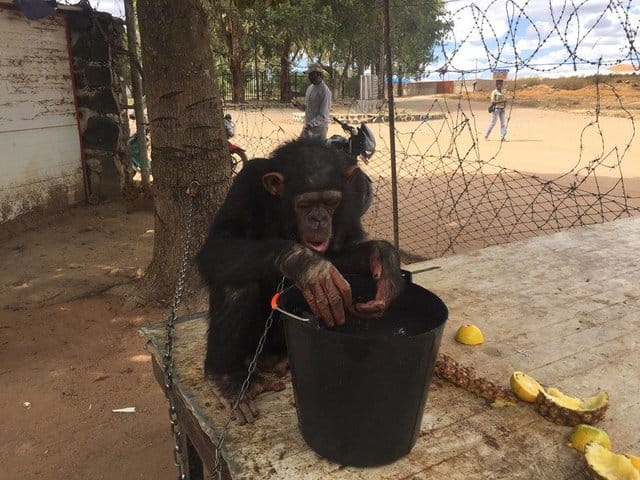 But all of this changed when John Grobler, a journalist from Namibia, spotted her one day. He was only passing through, but when he was the young chimp's malnourished state, he knew he had to do something.

According to Grobler, most people he saw were kind to Leila, but she had no doubt experienced trauma in her past. He told The Dodo:

She was obviously massively underfed and in bad condition, and she’d been hit over the head with a machete at some point. 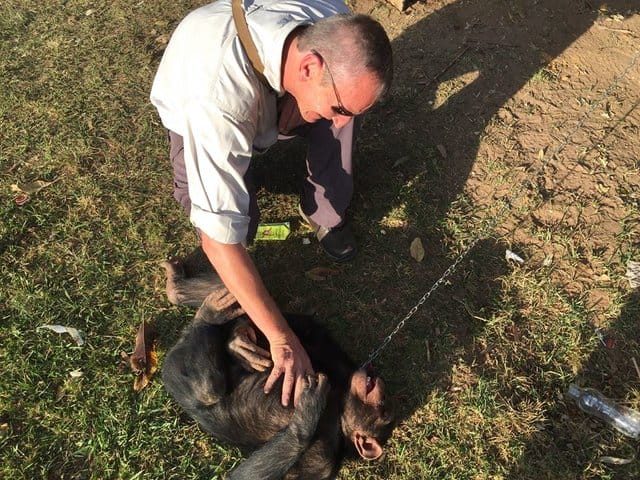 She also had trouble trusting anyone who gave her food. When Grobler brought her healthy food for her to eat like fruit, she refused to eat it until he took a bit first, likely indicating that she'd been tricked or poisoned at one point. 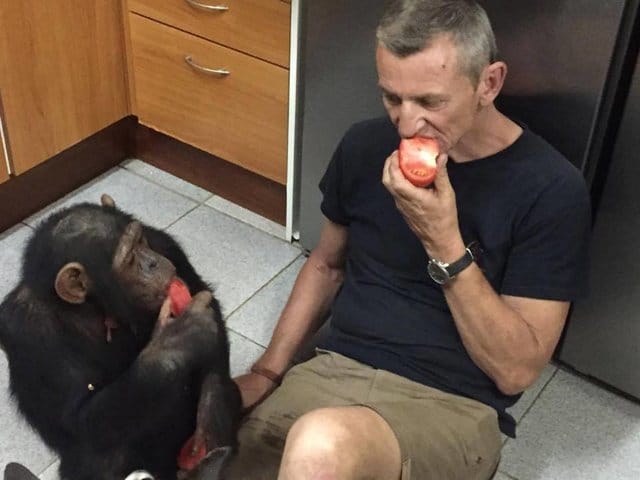 Grobler decided to contact Dalene Dryer, a friend who was already caring for another baby chimp named George. She agreed to take in Leila if he managed to get her out of the country.

This task would prove exceedingly difficult.

The government of Angola is corrupt, so even though it is technically illegal to own a chimpanzee as a pet, they did nothing about it. 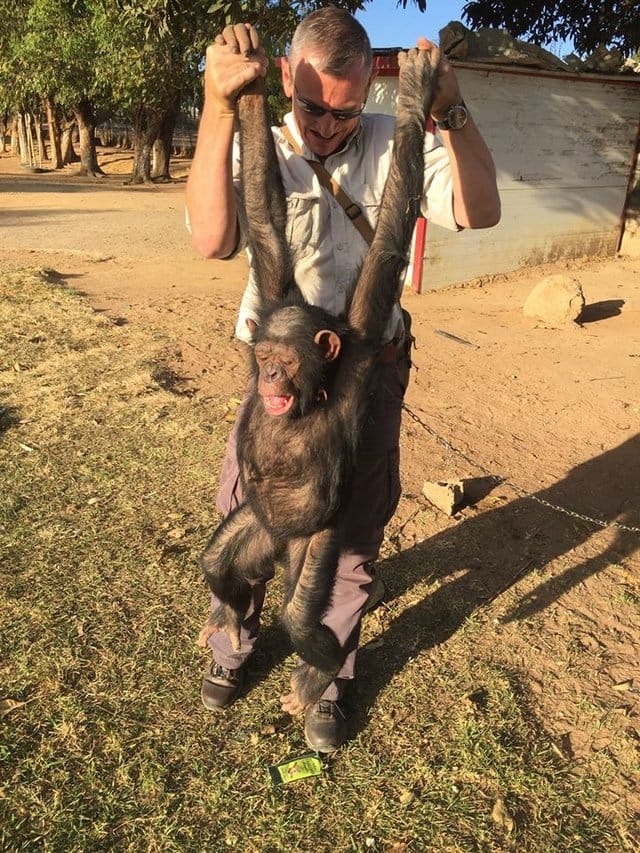 Gobler contacted the Wild Heart Wildlife Foundation, which helped him get the funding to rescue her. He obtained a confiscation permit, as well as a passport and rabies shot for Leila, before having a custom cage built to transport her.

When the day arrived, he gave her a tranquilizer to keep her calm, and removed the long binding chains before starting the roughly nine and a half hour drive to Dryer's home in Luanda, Angola.

She will be cared for there until she can be moved to the Chimfunshi Wildlife Orphanage in Zamibia, where, if all goes well, she will released back into the wild. 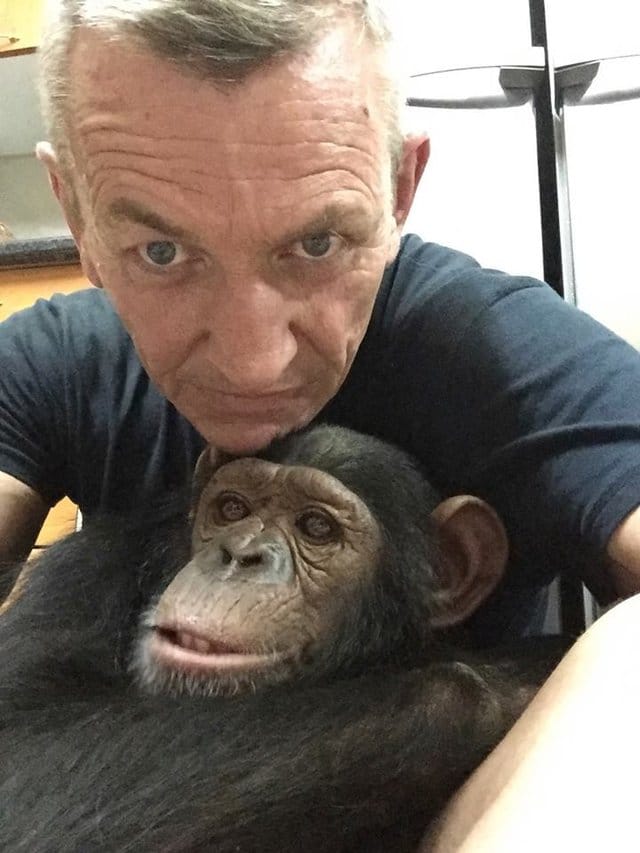 I think she will make it. She’s a very bright one.

But for now, Leila is adjusting to her new life and being well taken care of. It was an emotional goodbye for Grober and the chimp when it was finally time for him to return home to Namibia.

I picked her up, and she just put her arms around me. She could see the bags, so I think she understood. 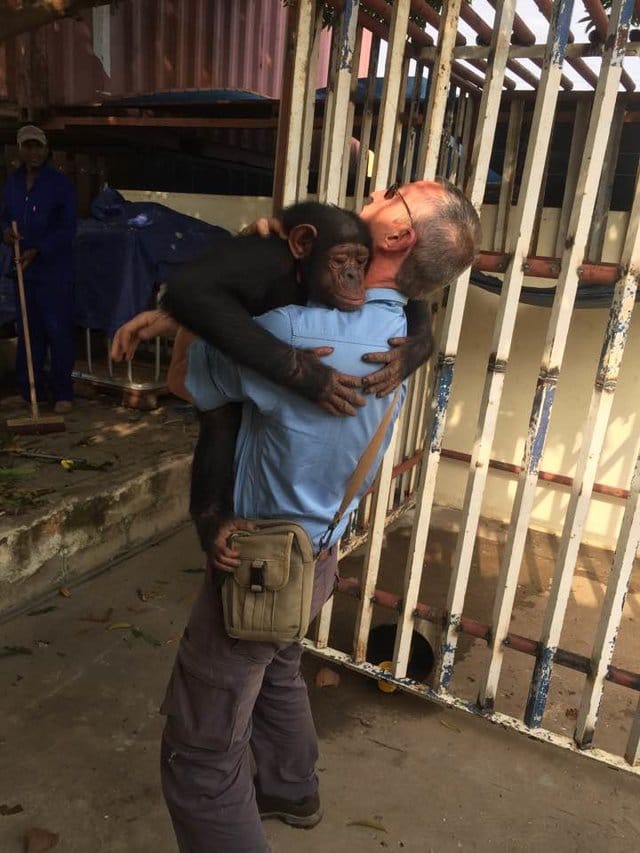 Leila is on to a brighter future, but Goebler has promised to come back and visit.

While this chimpanzee may have a happy ending to her captivity story, millions of animals are still stuck in cages, enclosures or buildings every day.