Delivering the mail is apparently just not enough for this mailman in New Zealand.

The man was caught red-handed when on his daily rounds, he just couldn't resist stopping to pet this family's dog. 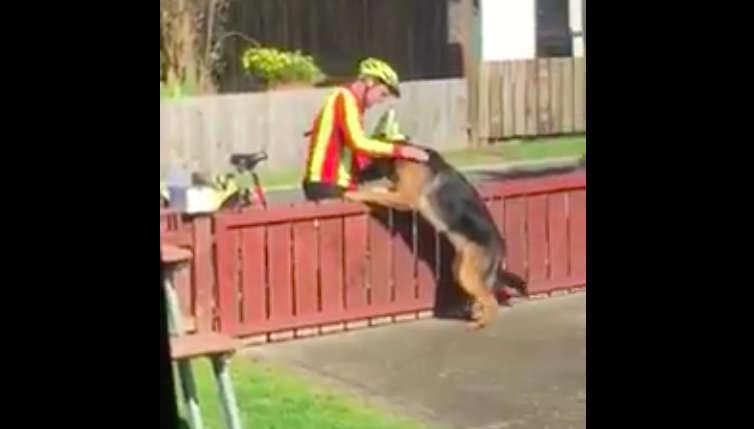 The adorable clip was filmed on camera from inside the house by Michael Collins, the parent of the pet in question.

It's ironic that this type of dog often comes with the warning "beware, dangerous dog" and is feared by the whole neighbourhood. But he is obviously a very affectionate ball of fluff, happily welcoming the mailman and going absolutely crazy for his cuddles.

The dog's young parent explains that the mailman takes the time to get off his bike to come and say hello to the dog every day after delivering the mail. And even when there's no mail to deliver, he just can't stop himself from coming to pet the pup.

His compassion really touched Michael, who published the video (which quickly went viral) on his Facebook page, explaining:

He always gets over looked as a dangerous or unapproachable dog…But this guy here always makes an effort to get off his bike to give him a hug and a pat!

You can watch the mailman's adorable little routine with his best friend right here: