Two Firefighters from Newburgh, New York have adopted a Pit Bull puppy they rescued from a house fire in early August.

LT's Timothy Dexter and Jimmy Moore were part of a team who responded to a fire in an apartment building on August 3. Although the humans who lived there were all safely evacuated, they were told that 2 puppies were missing from the apartment where the fire had started.

The brave firefighters immediately rushed in and found one unconscious puppy, who sadly did not make it, despite the efforts of the team to give them CPR.

With the second puppy still missing, the team continued to search while they fought the blaze, eventually coming to the room where the fire had begun. None of them thought that anything could have survived the flames and the heat, until Lt Anthony Mohammad heard a yelp.

Miraculously, the puppy had hidden under the bed and, although injured, was still alive. The area under the bed where he was found was the only part of the room that wasn't damaged. 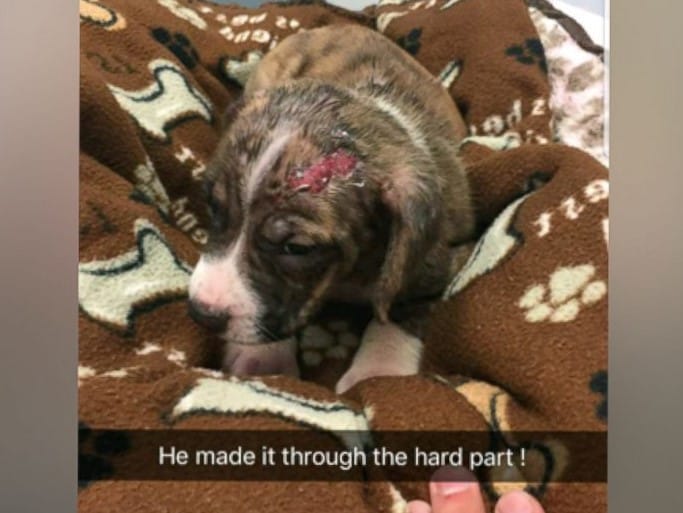 Suffering from a variety of burns all over his tiny body, the puppy, aged approximately between 6 and 8 weeks old, was treated at the scene, then taken to a veterinarian and given immediate care.

However, his previous owners were not sure whether they could continue to care for him. Luckily, Dexter and Moore decided to rescue him a second time, co-adopting him and giving the little canine not only 2 new parents, but 2 new homes. 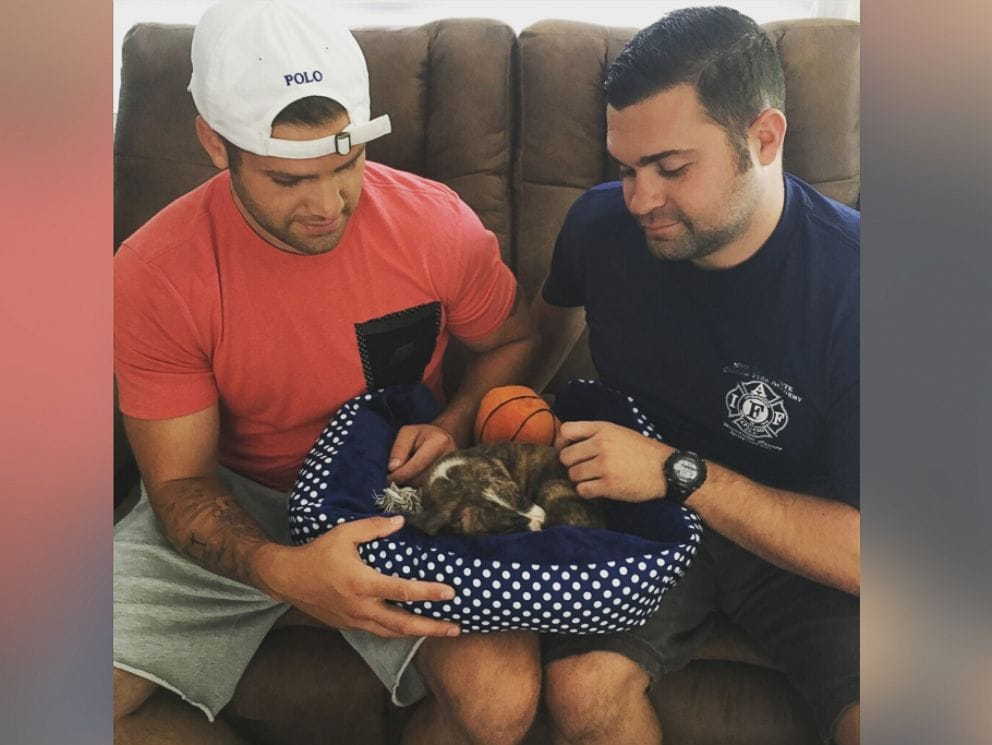 They have named him Titus, after the Greek word for fire, titos. According to Dexter, the feisty pup has quickly settled into his new homes, with Dexter and Moore's other dogs:

He gets along well with his other two brothers. He actually kind of takes charge of [Moore's dog named] Taz. He bullies him a little bit.

While he still has a way to go before he fully recovers from his burns, Titus can now rest assured that he is safe and loved with his new family in his new home!