Prissy was living on the streets on a slab of concrete in Tennessee in the US, until she was rescued and taken to the animal shelter Conway Area Humane Society in New Hampshire.

Since the dog had just given birth to three pups, the vets at the centre decided it best to neuter her. This routine operation took place upon arrival at the shelter, with the hope of making adoption easier for the dog in the future.

Prissy had barely woken up from the general aesthetic when she was placed in a kennel, amidst the everyday chaos of the shelter with dogs constantly barking around her.

It's not hard to imagine how disorienting this must have been for the poor dog, forced to fend for herself after she was abandoned, taken into a medical centre for animals before undergoing an operation, and finally waking up in the unfamiliar kennel at the Conway rescue shelter. 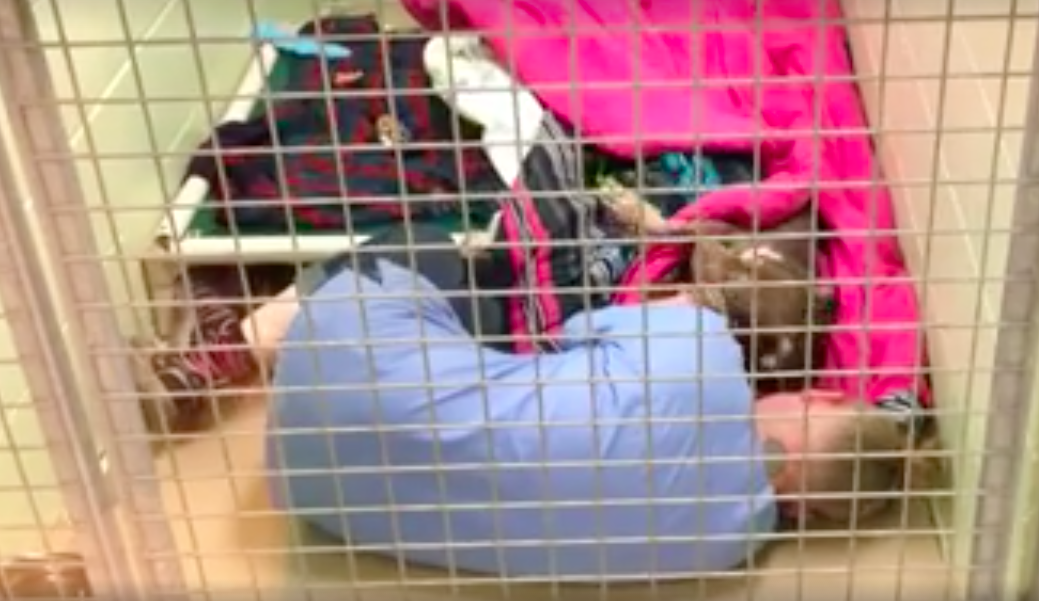 Chrissy Ireland, one of the employees, was quick to realise that Prissy was in a bad way. So she decided to curl up next to the dog to comfort and keep her company through this difficult time:

I saw she was trembling all over, she really didn't seem well. I felt bad for her so I decided to lie down next to her on the ground and cuddle her. If I had just had an operation and woke up in a kennel, I know I'd be terrified.

Though it's not unusual for volunteers to go out of their way to look after dogs at rescue shelters, Prissy's case is particularly touching. The employee's affectionate gesture is all the more powerful because the dog had just woken up from the anaesthetic and was still in a bit of a daze, which would only have increased his anxiety and feeling of abandonment.

Debra Cameron, director of the shelter, was doing the daily rounds when she found her employee snuggled up with the dog. She was so moved by the scene that she couldn't resist the temptation to catch it on camera. 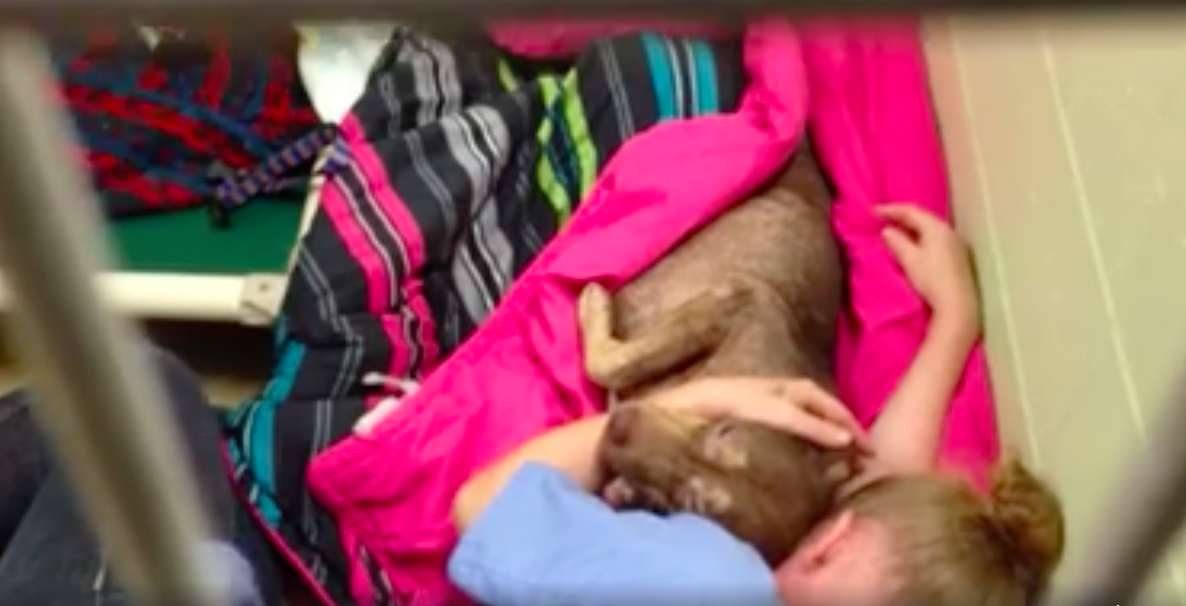 It's small gestures like these that really demonstrate how noble the work of employees at animal rescue shelters really is, and how worthy of our greatest respect. In an interview with The Dodo, Cameron says:

So many animals lovers are stuck on the idea that all shelters are sad places and that anyone who surrenders an animal has done an awful thing, but that is far from the truth for many wonderful shelters throughout the country. They are staffed by experienced, caring, compassionate people who go above and beyond to make sure the animals in their care lived enriched, happy, healthy lives in the shelter until a new home can be found.

Once she's recovered from her operation, Prissy will be put up for adoption. We can only hope that she will very quickly be able to find a forever home with someone just as loving and attentive as Chrissy.

In the meantime, we'll let you enjoy this soul-stirring moment: