A U.K. magician named Matt. G. Mentalist had a very special audience at the Colchester Zoo in Essex last month.

Raj, the 48-year-old Orangutan, was spellbound by the magician's card trick. 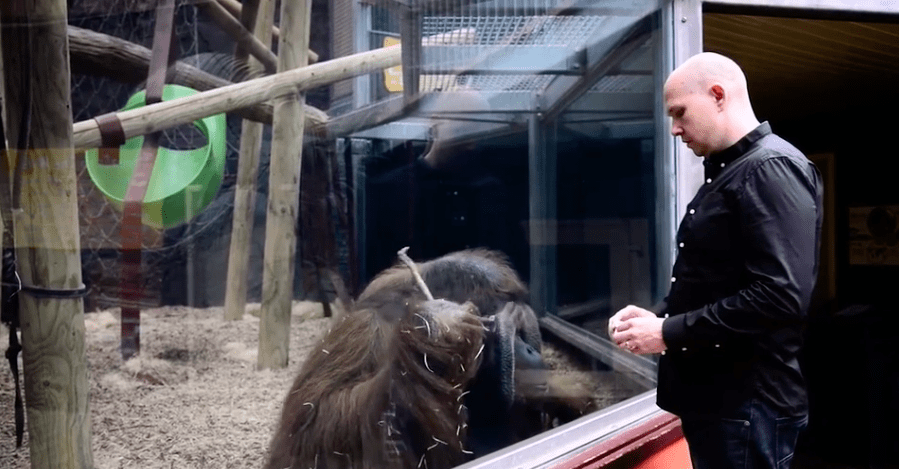 Matt pressed a playing card against the glass wall's of the lonely monkey's enclosure. 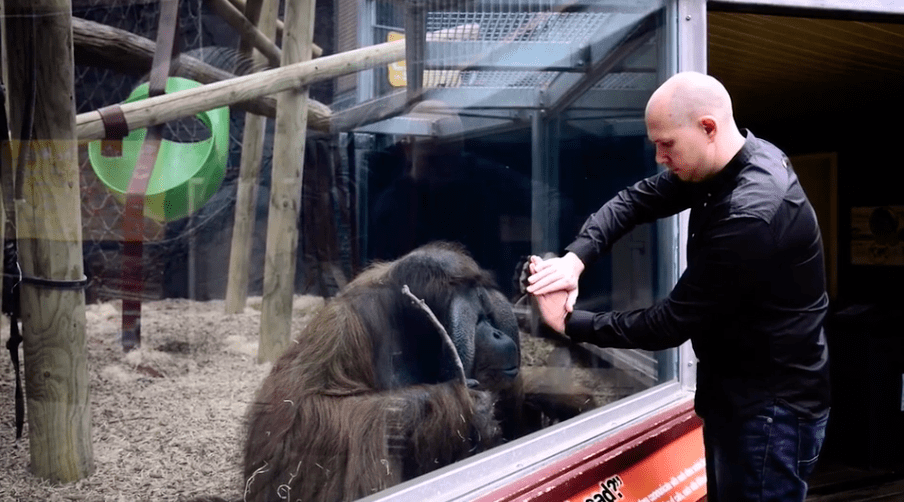 When Raj reached out, the card had magically appeared on the other side of the glass and he could pick it up. 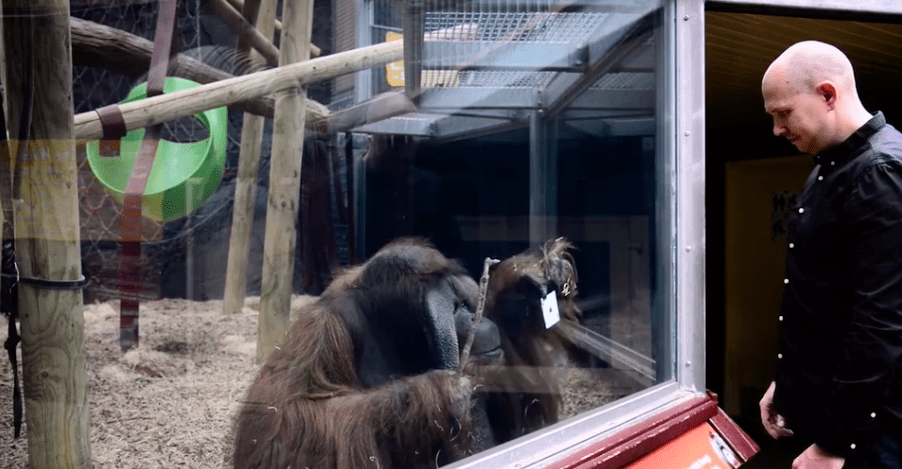 The smart Orangutan then smelt the card, which contained the scent of the world outside his enclosure, and tried to push the card back through the glass, proving his intellectual capabilities. 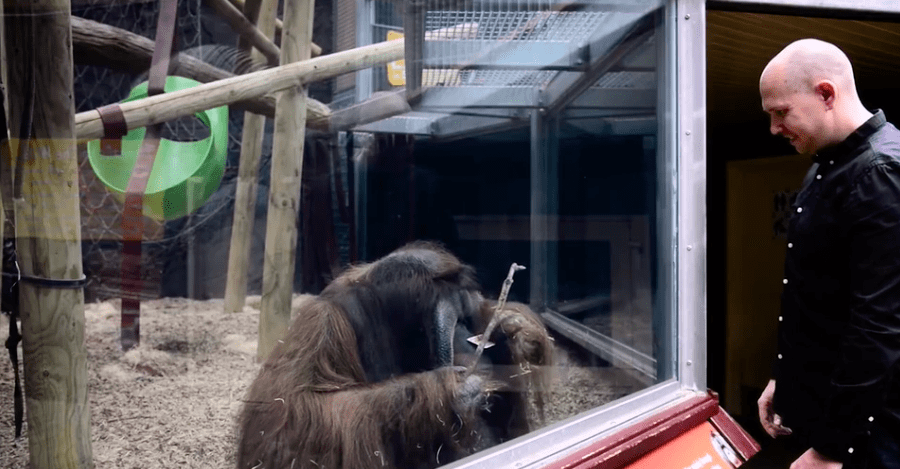 Think he liked his little gift.

Raj the Orangutang meets Matt G the Magician – Junkin Media Ve…A touch of magic can fuel anyone's curiosity. Here's a clip of me performing a little magic for Raj the Orangutan at the amazing Colchester Zoo in Essex

As adorable as this sequence is, it also shows the tragedy of animals in captivity. The primate got his only taste of the outside world and he was completely spellbound, proving how isolated he is in his small enclosure. Raj's keeper told the Daily Mail he "loved to be involved" and to "imitate people".

This isn't the first time Raj was filmed being gentle and loving towards his visitors. Last year, a 37-week pregnant Maisie Knight went to visit him and he kisses and rubbed her round belly in a very sweet and broody manner.

These kinds of interactions with humans show that Raj craves company.

If you would like more information on the treatment, living conditions and psychological effects on animals living in zoos, visit the Humane Society's website. 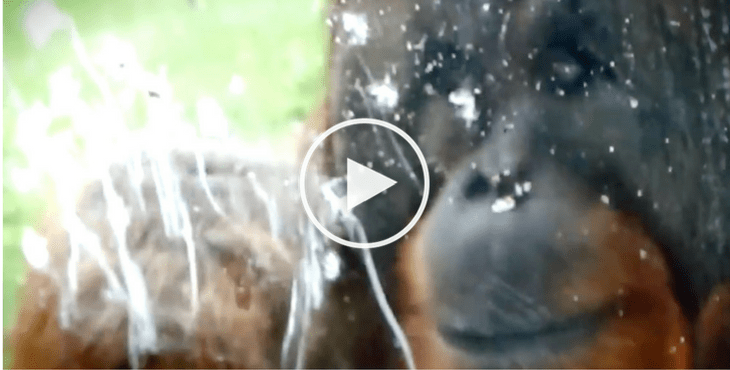