The Hebin Park Zoo in China has caused outrage after it admitted to feeding live puppies to their pythons. The zoo has tried to distance itself, claiming that the practice was carried out by the reptile hall's private owners.

The scandal went viral on social media after shocking footage taken by an eye-witness, showed a puppy inside what appeared to be a snake enclosure. 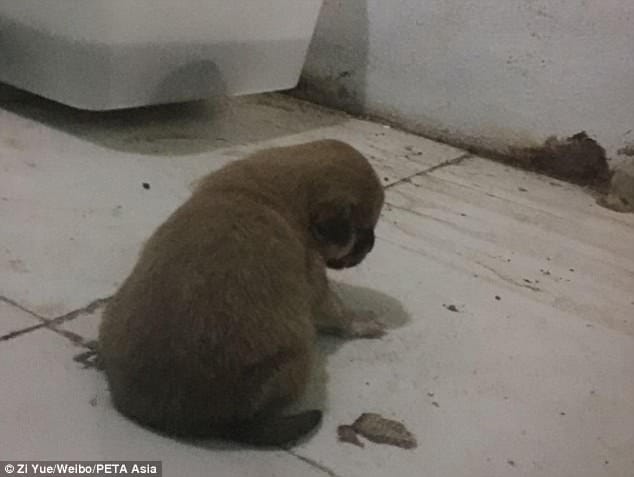 Another round of pictures have since surfaced showing another puppy lying next to an adult Burmese python. The eye-witness told MailOnline that she saw one puppy being swallowed whole by a golden python as she visited the state-run zoo in China. She then went on to say that she saw two live puppies in two separate enclosures on the afternoon of January 20.

No-one knows why the zoo-keepers decided to carry out this barbaric act. Zi Yue, the eye witness told MailOnline:

I don't understand why the zookeeper had to do so. I suspect they had found a litter of puppies in the park, so they decided to feed them to the snakes. 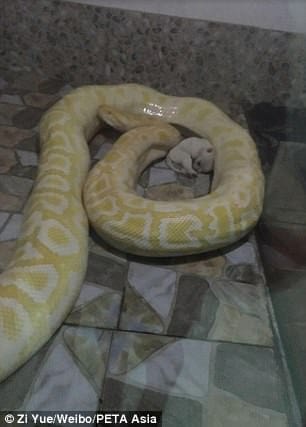 A spokesperson for the Hebin Park Zoo admitted to the allegations after the news caused an outcry among the Chinese public. She was quoted saying:

The (keepers) did feed puppies to snakes. My bosses have spoken with them, and stopped them carrying on doing so.

She then went on to explain that the snakes enclosure was managed by a third party and was privately run. She said the zoo had been unaware of the situation.

The footage posted by Zi Yue attracted the attention of animal welfare organisation, PETA Asia. The charity said "this is yet another example of the importance of an animal protection law and why China needs to implement one".