Late last month, 13 animals were finally evacuated from a bombed-out zoo in Aleppo, Syria. But one lioness could hardly wait for safety, giving birth just 12 hours after arriving at her new home.

The lioness, Dana, was among the final group of animals rescued from Aalim al Sahar, or the Magic World zoo by Four Paws International. 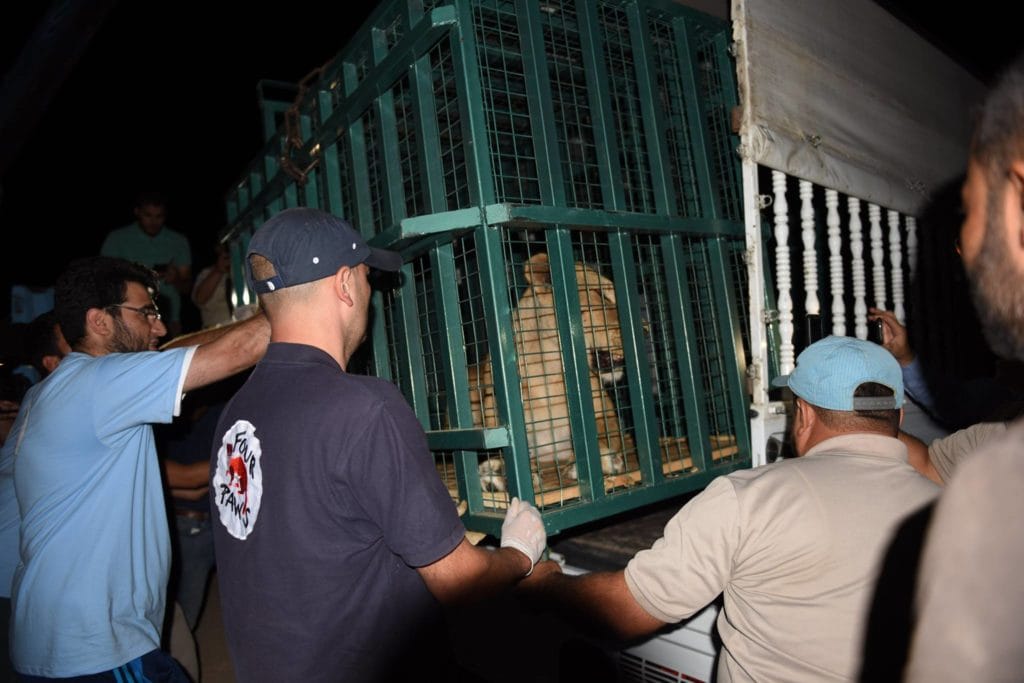 Many animals at the zoo had died because of the bombings that ravaged the city and the survivors had been abandoned several months prior when the owners of the center were forced to flee the civil war. They were kept alive by concerned citizens, who tried to feed them when they could.

The rescued creatures – lions, tigers, hyenas, dogs and bears – were first taken to a rehabilitation center in Turkey, before being flown to their new home, Al Ma'wa for Nature and Wildlife in Jordan. It was here that, finally safe, Dana went into labor and gave birth to a single cub. 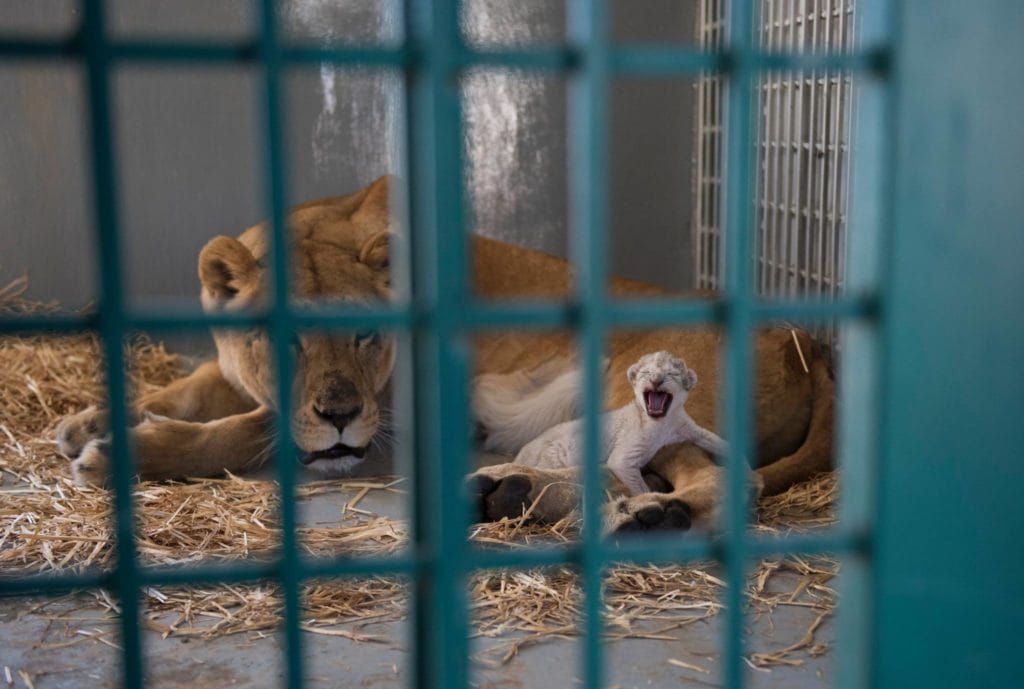 Although a second cub seen in an ultrasound taken earlier in the month failed to materialize, mom and cub are in good health, as a Facebook post on Four Paw's page stated:

Our team on site was very concerned about whether the lioness would accept the cub or kill it, as this is what lions sometimes do when they are under enormous stress. But luckily that wasn’t the case. She cleaned the cub and nursed it. This is a true sign that she feels safe at Al Ma’wa.

The sanctuary's staff are convinced that Dana going into labor so soon after arrival was a sign of her holding out on giving birth until she was in a safe place. 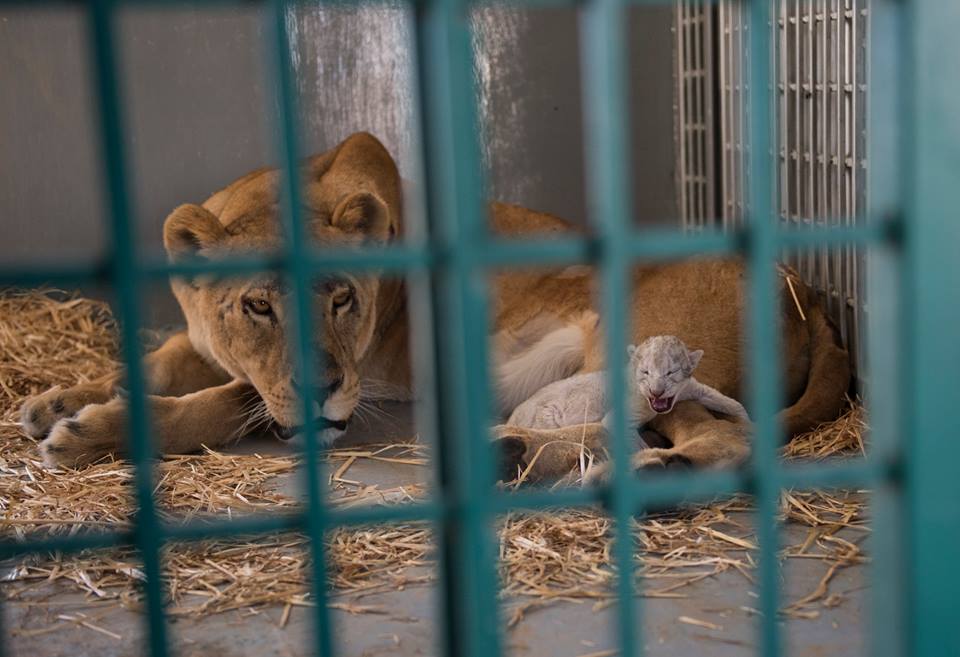 The tiny cub has been named Hajar, which means 'the immigrant' in Arabic, after the group's cross-border journey to their new home.

If you would like to support Four Paws International and help them to continue their amazing work saving animals, you can make a donation by clicking here.