Pikelet the little lamb was found on the side of the road with a broken jaw in September, reports The Dodo. He was only 12 weeks old. His nose was also badly cut and he's lost most of his front teeth. 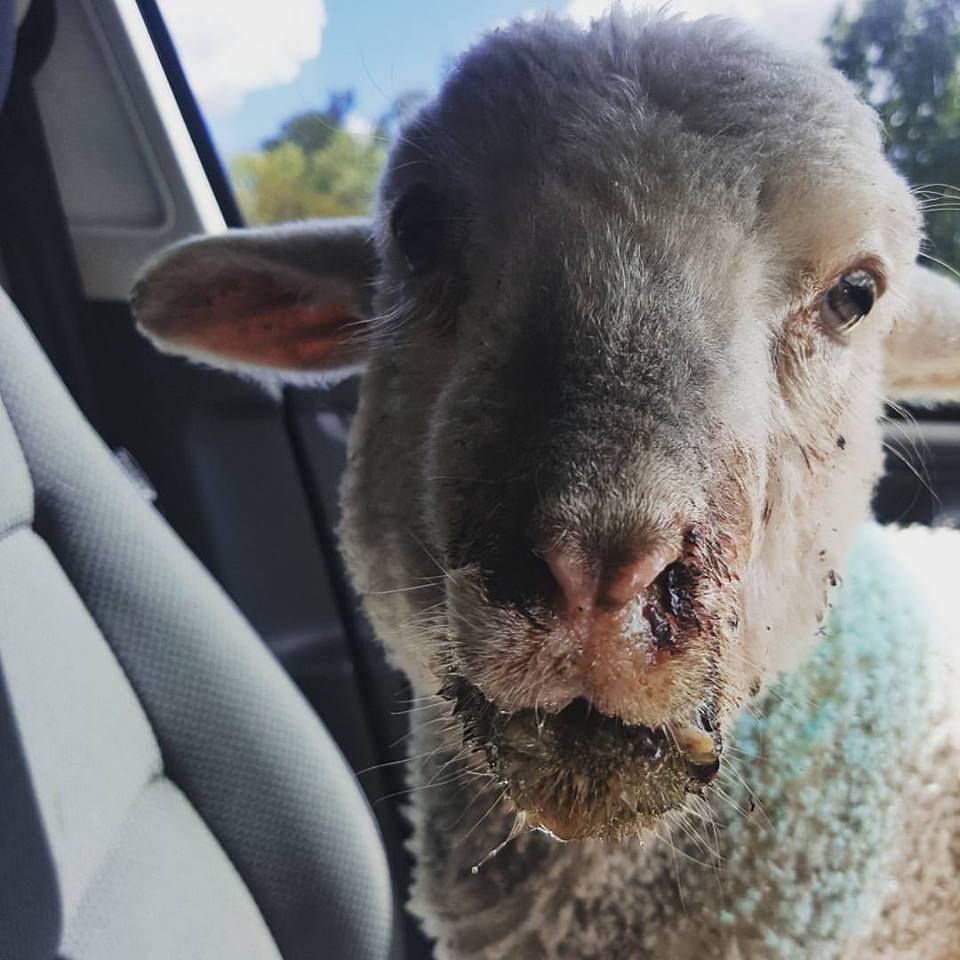 It was clear that the poor little creature had been fending for himself for quite some time. Rachael Parker, founder of Greener Pastures Sanctuary in Australia, found the little guy and took him to a veterinarian the first chance she got. She told The Dodo:

We can't be sure what happened to him, but his injuries are consistent with a fall from a trailer. 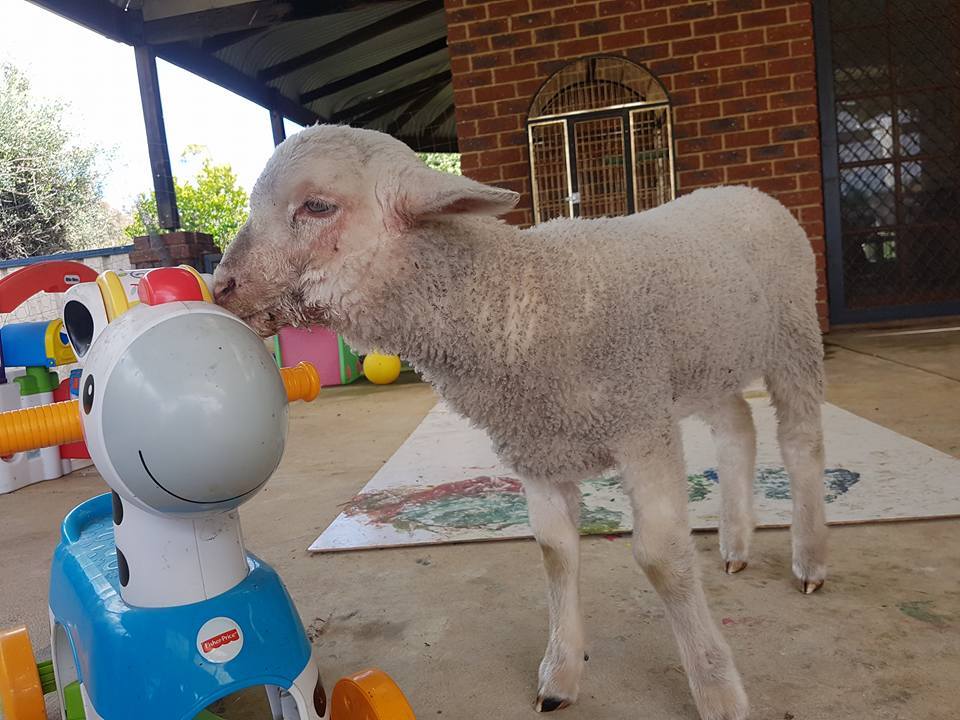 Pikelet managed to escape slaughter and was taken care of at the vet, having his smashed jaw screwed back together in two different surgeries. Parker continued:

He was dehydrated, infected and in so much pain. Despite it all, he was so trusting of us. He's a brave little guy and obviously a fighter. We couldn't give up on him. 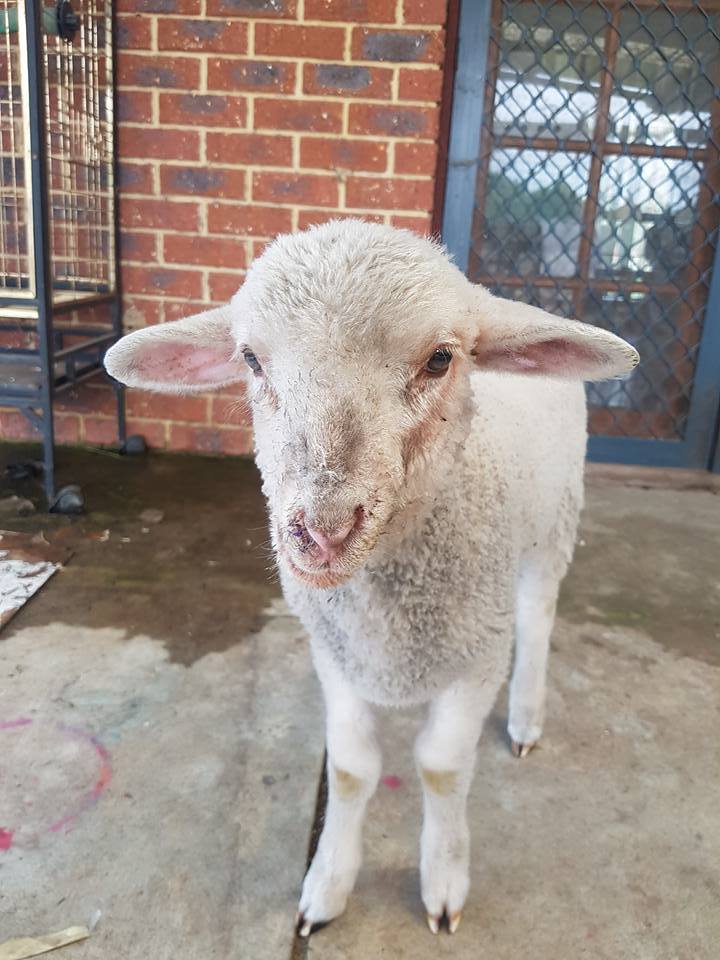 Enjoying the luxuries of warmth and comfort, Pikelet is an "indoor lamb", living with Parker and her husband. He is also best friends with their daughters, Phoenix and Aurora. 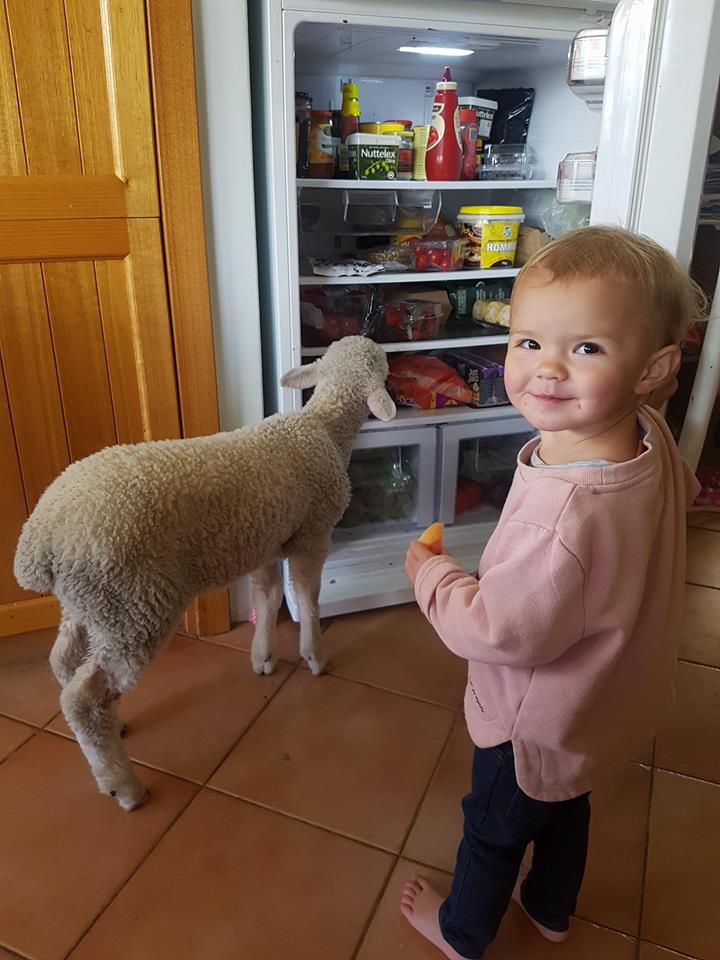 The lamb is becoming more relaxed and friendly every day as his pain subsides. The whole family loves his company, and Parker mentions his courage in fighting for his life:

He has been so so brave, just gets on with life no matter what. He has started to play and run a bit but still loves to sit quietly and cuddle, he's a real mama's boy. 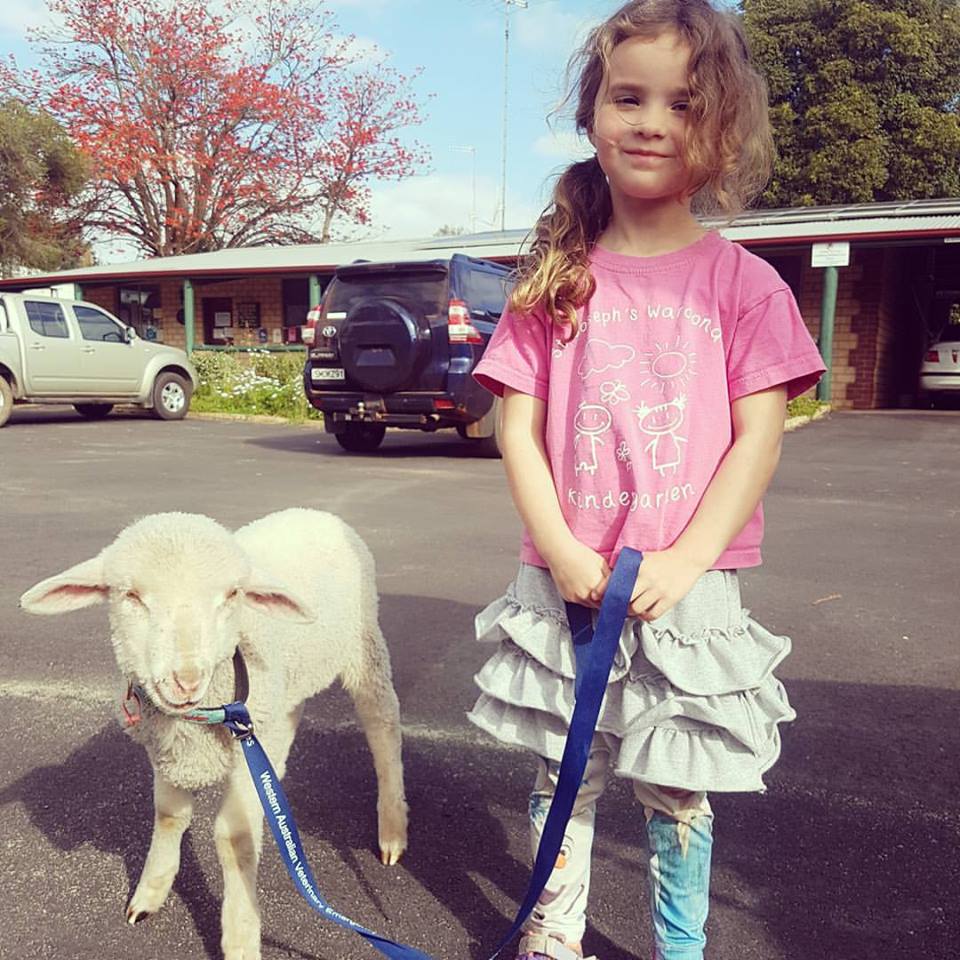 If you'd like to know more about Greener Pastures Sanctuary's work and support them, make a donation here.

Pikelet is drinking from a bottle like a pro! His little broken jaw is healing beautifully and has straightened up significantly, he is close to losing a couple more front teeth but that doesn't seem to phase him. We couldn't be happier for this little champ ❤