Surgery BotchedWhen Valentine was just a tiny kitten, he was abused, declawed and abandoned at a shelter. His surgery was so badly done that he was in immense pain and almost died, reports The Dodo. 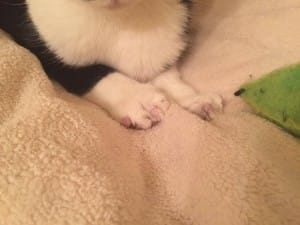 His paws were infected and the gashes were not even sewn closed. The staff at The Paw Project in Los Angeles were not confident he would survive. Jennifer Conrad, the shelter's founder, said that he was in so much pain, he was biting and acting aggressive out of terror. 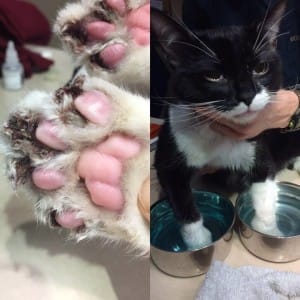 This led to Valentine being put on the euthanasia list. But when Aurelie Vanderhoek, founder of Zoey's Place Rescue, saw a photo of the kitty circulating on Facebook, she instantly knew she had to do something. She said:

I saw the picture and my heart dropped. I said, 'I don't care how we're going to do this. He's coming with me. 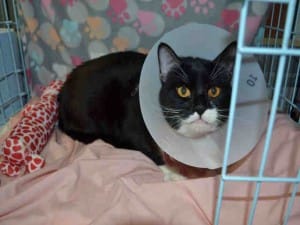 The cat was taken to Animal Healthcare Center where he was cared for and his injuries treated. One week later, he was living with Aurelie and learning to trust again. She continued:

I gave him a small room to get control over. And I just let him come to me. And within three days, he was purring and playing. 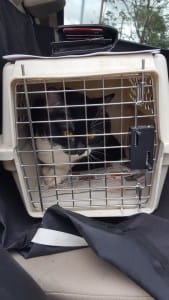 The surrounding community heard about Valentine's story and donated all sorts of treatments, ointments for his paws.

WHAT A DIFFÉRENCE A DAY MAKES

Look at Valentine this morning ????
This is a true testimony to what love and compassion can do to an animal …this poor boy was undoubtedly in the wrong home and mutilated for being bored …

Thanks to Dr Conrad from the Paw Project and her willingness to work with us to get this guy to safety , Valentine has a new lease on life !

We will keep you posted ….

The Paw Project's New Lease On Life program paid all the medical expenses for the kitty. This program's aim was explained by Conrad: 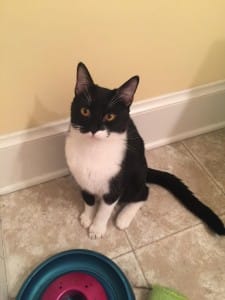 With Valentine's paws in recovery, it's Aurelie's job to take care of his traumatized spirit, but he's getting better every day. He was abused as a kitten because he jumps at every loud noise, and Aurelie know exactly what he needs to recover:

He's playful. All he wants right now is to be held. He just wants to cuddle. 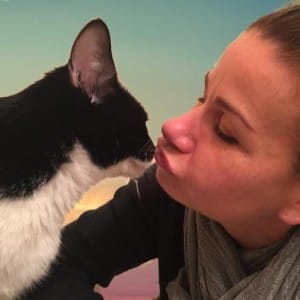 Declawing is not illegal in the some states in America but it has been banned in many countries in Europe because of the negative effects it is proven to have on cats. People think that cats are easier to have around once their claws are removed, but that is untrue for numerous reasons, besides the practice being cruel and painful. Conrad explains:

There's no doubt that a declawed cat bites more often and bites harder because they've been robbed of their primary defense.

You can make a donation to the Paw Project here, and support their program that rehabilitates declawed kitties and helps them get second chances at life.

Valentine has arrived and he is an absolute doll !
Who could label him aggressive is beyond me !
Welcome sweetheart ! It's all going to be awesome from here on ! 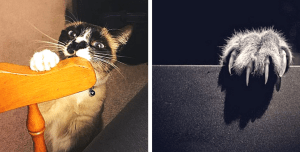