At the end of January, a woman in Los Angeles came across this stray dog wandering around her house in a terrible condition, The Dodo reports. Starving, terrified, and visibly wounded, she wouldn't let anyone near her.

So instead, the woman took this photo of her and sent it to the animal rescue group Hope For Paws. 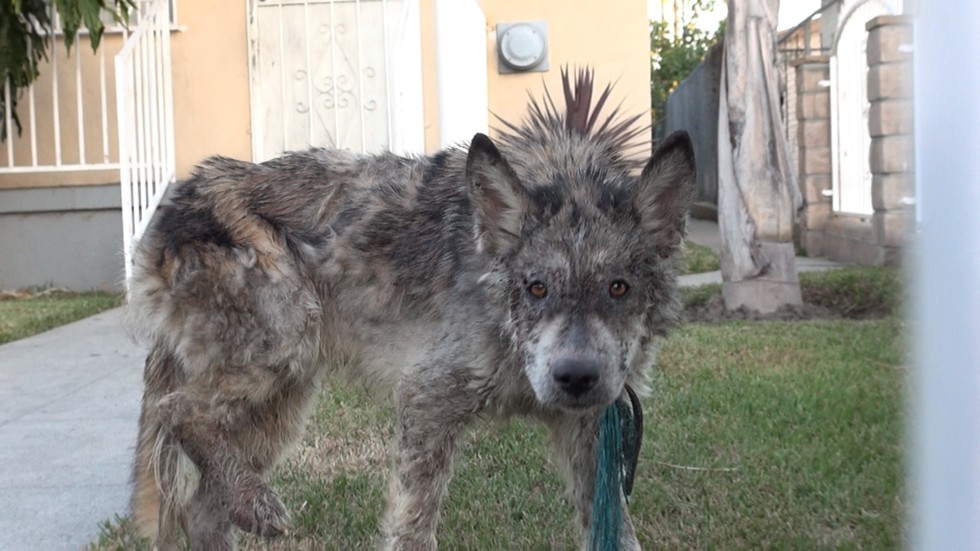 But on first glance, it wasn't just the dog's awful state of health that shocked the volunteers, but rather her breed… Or species. The dog looked very like a wolf, was she a cross between the two? 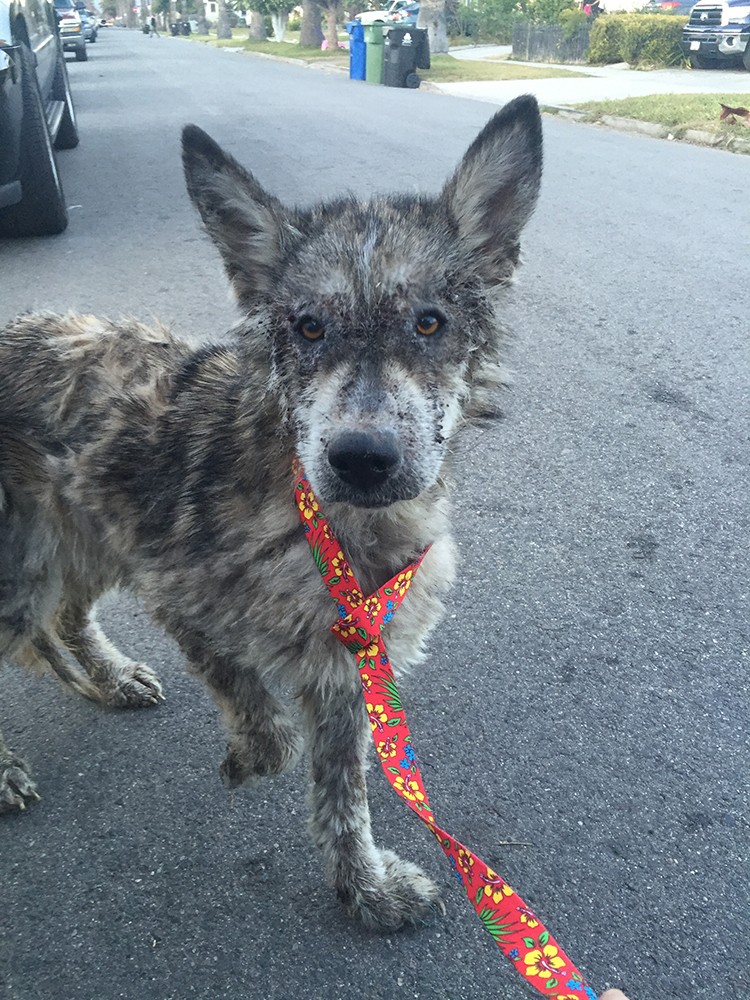 That didn't matter for the time being, what mattered was rescuing her and getting her on the road to recovery. The volunteers rushed straight to the lady's home to go and save the sick, stray dog. But when they found her, they were terribly concerned. Eldad Hagard, one of the founders of Hope For Paws, said :

This poor girl was so swollen from infections, she was bleeding, pus was oozing from everywhere, and it's hard to see because of this coat, but she is just skin and bones. 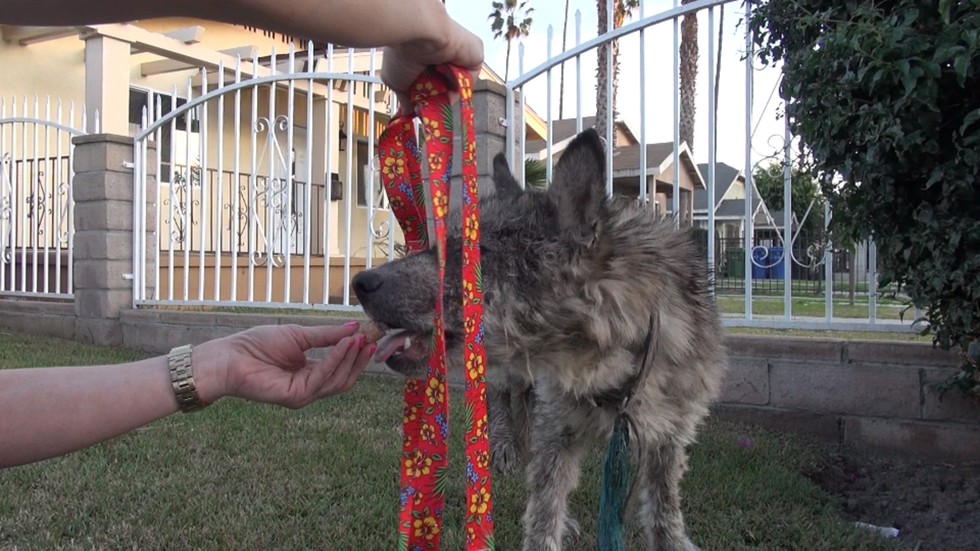 It was hard at first, but the volunteers eventually managed to coax Julia in with treats so that they could immediately take her to the vet. They took off the rope that was fastened around her neck, proof that she had clearly once belonged to a family who no doubt abandoned her. 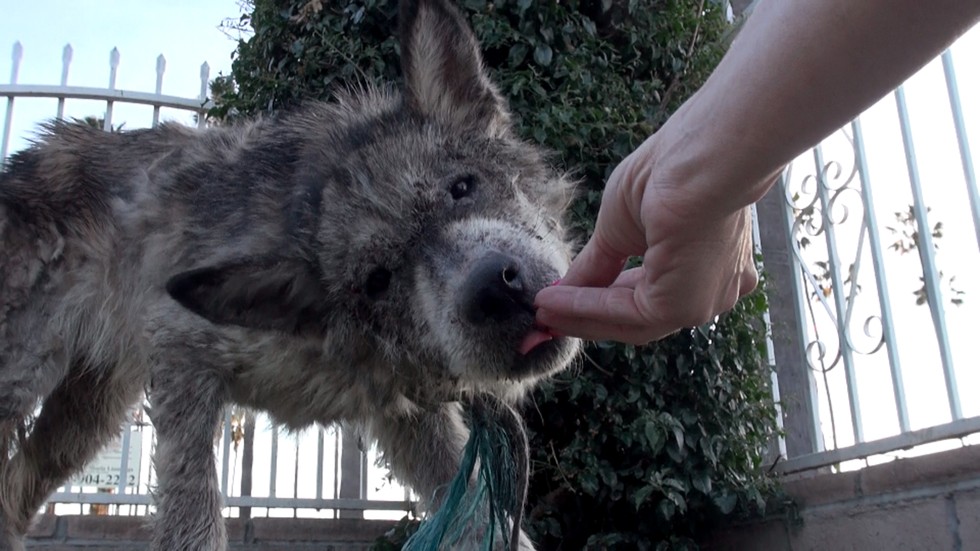 Her diagnosis was bad: Julia had a severe case of mange which had already had serious, damaging effects on her skin. Her state of neglect was one of the worst the volunteers had ever seen. Her paws were completely infected from cuts and her nails were so outgrown… 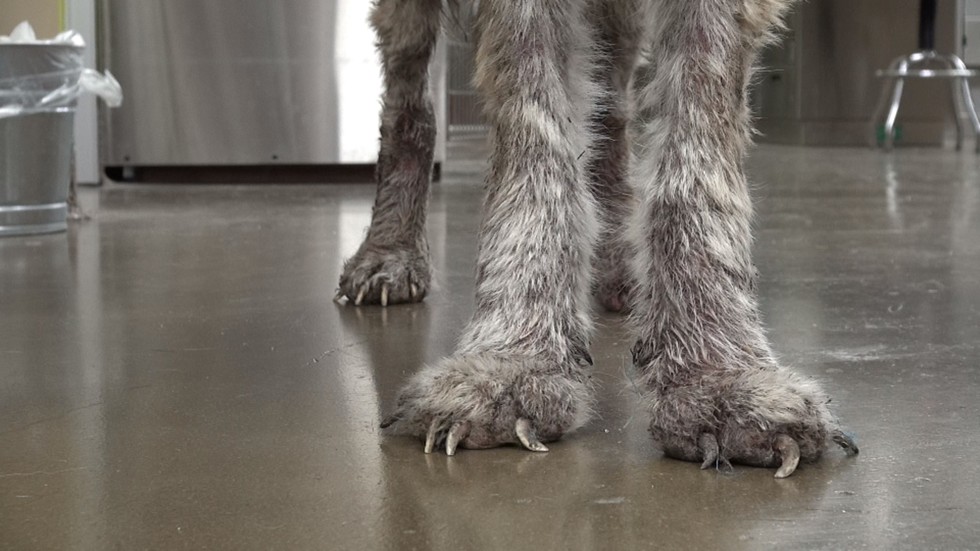 But Julia knew that she was now in safe hands, and despite all her pain, she let the volunteers give her a medicated bath with no objection. Eldad Hagard went on to say:

When we got the water running, we noticed right away how skinny she was… It was just awful to see. As dirt and blood were coming down into the tub, Julia changed color from a grey and red to a black and yellow. 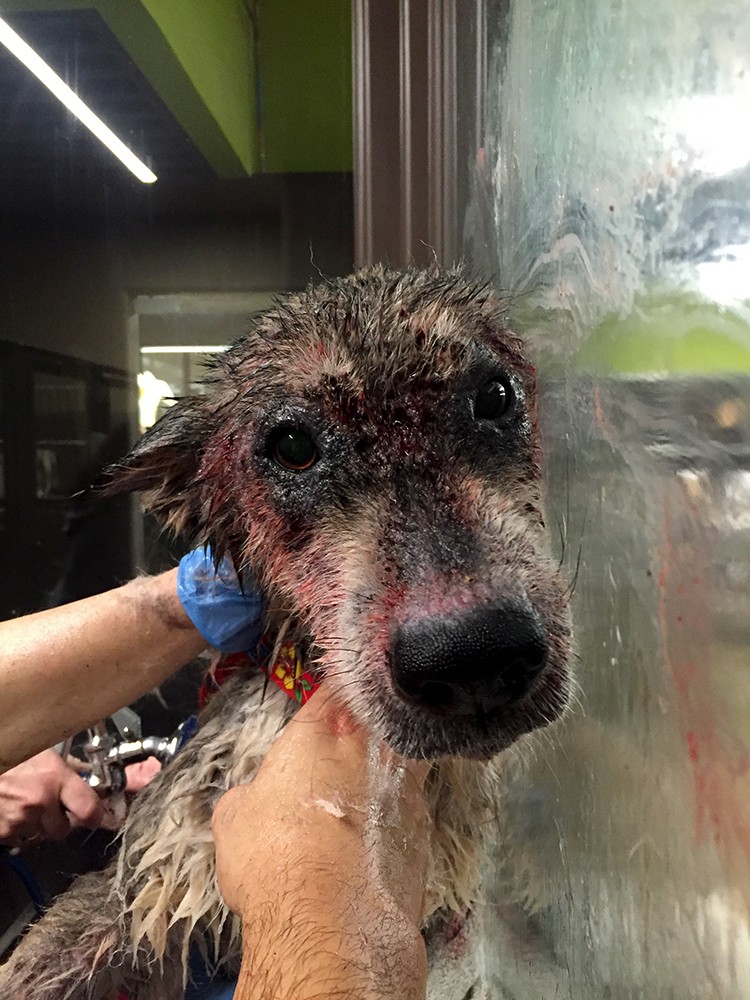 Julia trusted them completely throughout the whole process. She was so exhausted after everything, so she soon fell asleep and spent her first night in complete safety and warmth. The first of many for this gorgeous dog, whose life was about to change forever. 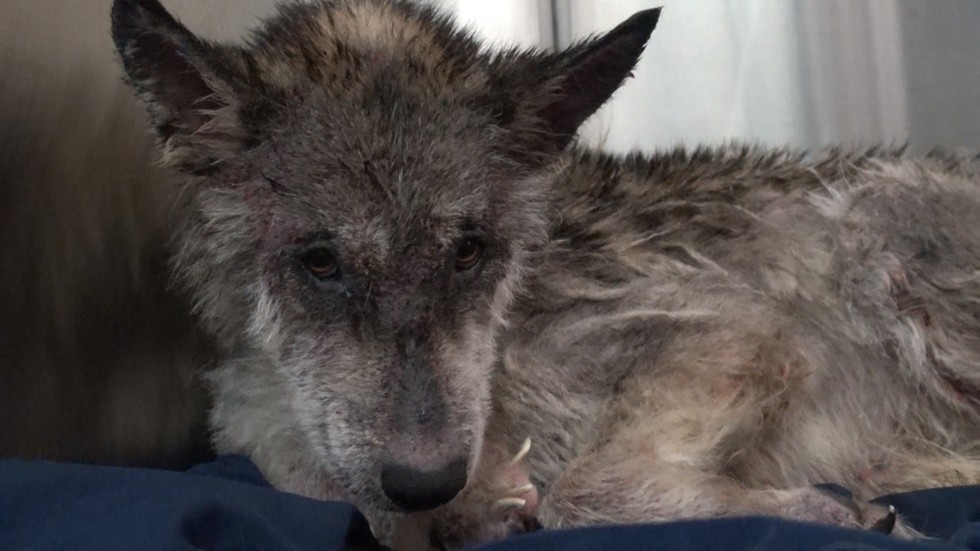 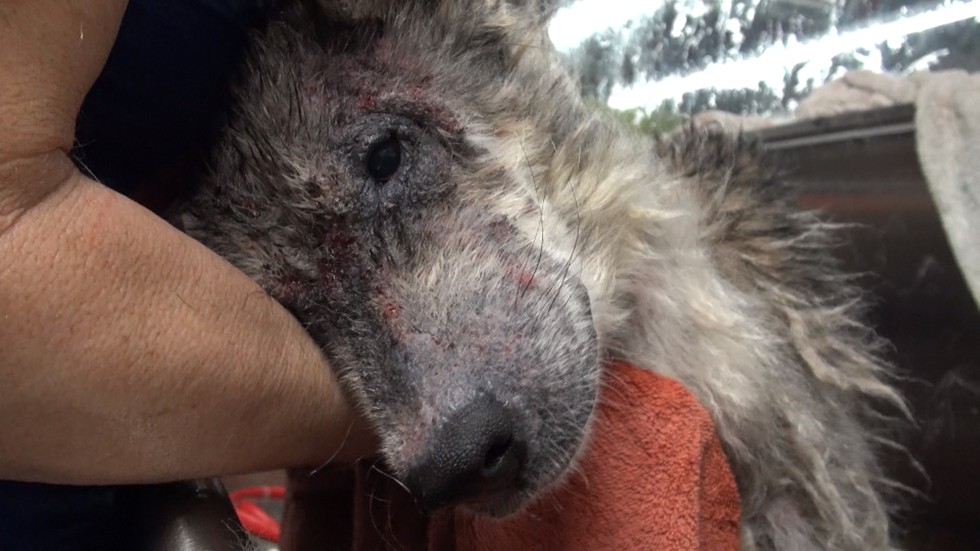 Over the next few days, Julia became more and more affectionate with her saviours. Her recovery would take a long time, but her life was no longer in danger. Her medicated baths gradually helped to fight the mange that had ravaged her skin. 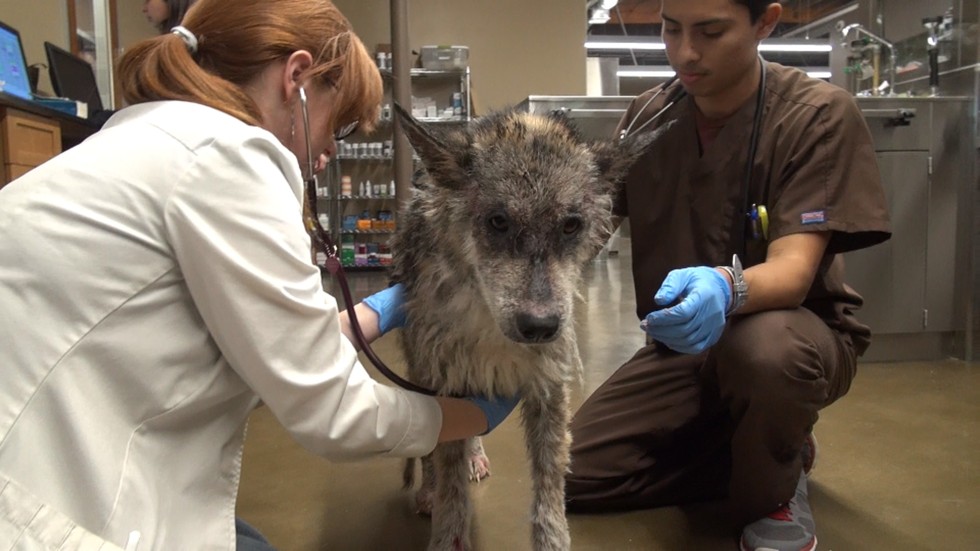 Julia soon started to eat normally and put on some weight. Her psychological scars also seemed to be healing, thanks to all the love and care of her attentive saviours. 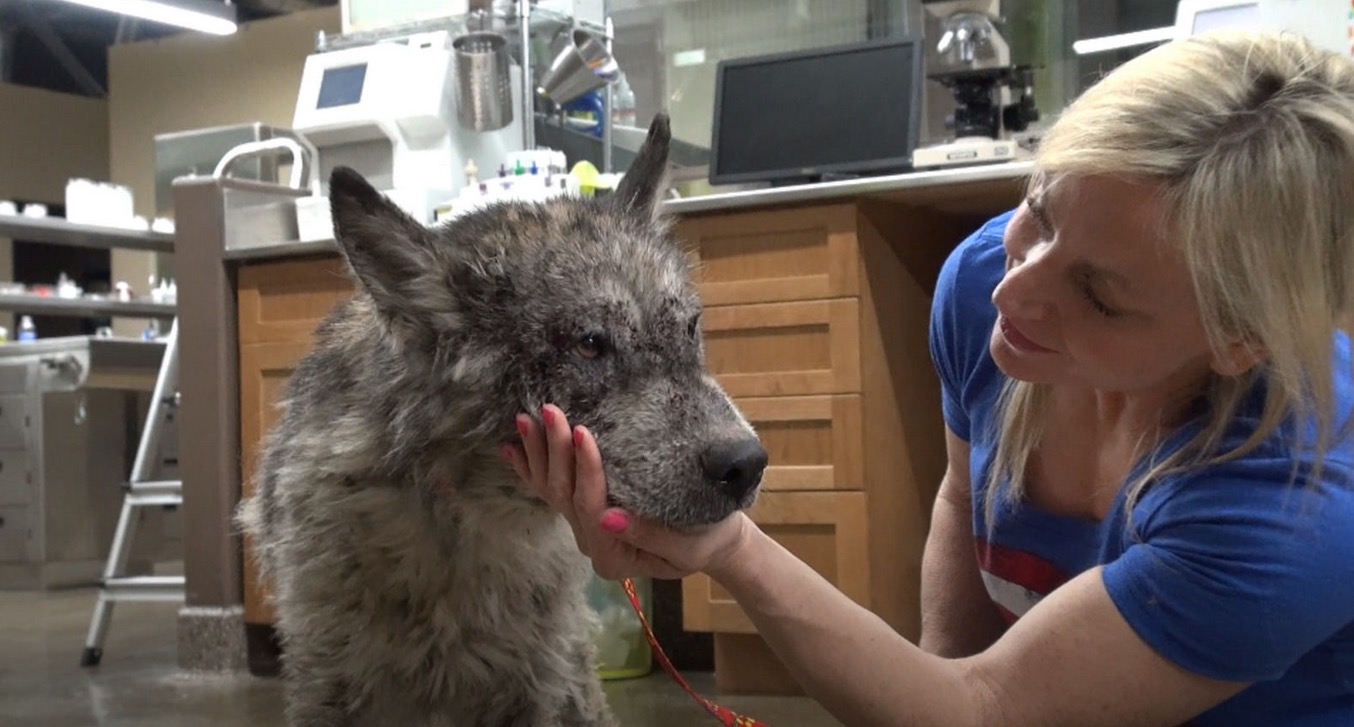 No one knows what the poor dog has been through, what horrors she has made it out alive from. But one thing is for sure, she is a dog who is determined to live her life and trust humans again. 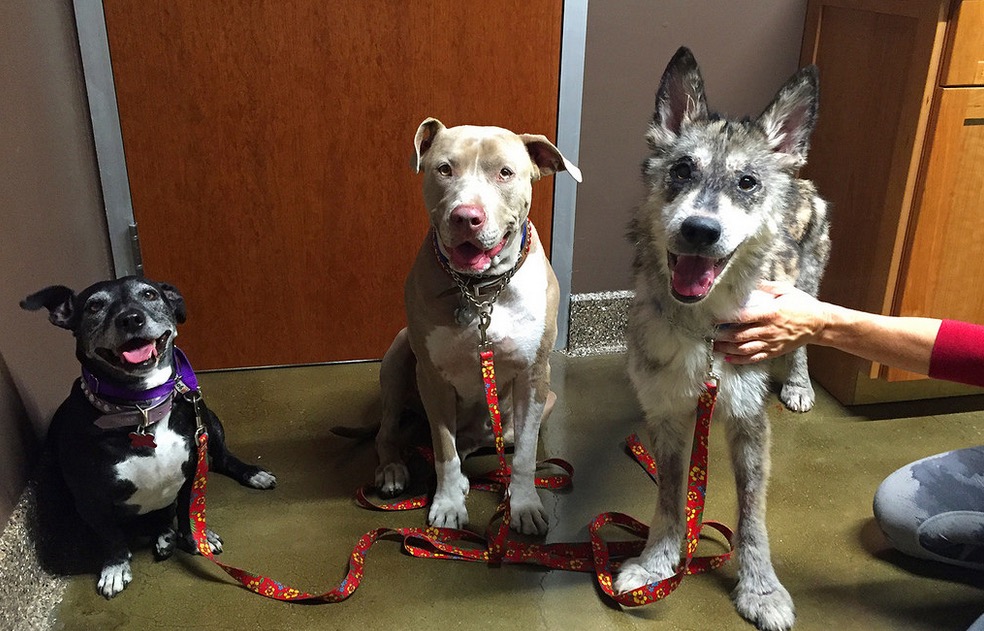 Once Julia has made a full recovery, she will be put up for adoption. But her road to recovery still looks quite long, she will need to be under veterinary care for another few months before she can start her new life for good.

But whilst in their care, the shelter volunteers want to give her a DNA test to find out more about her wild origins. She may be a special Husky mix, but others are convinced that wolf blood runs through her veins. 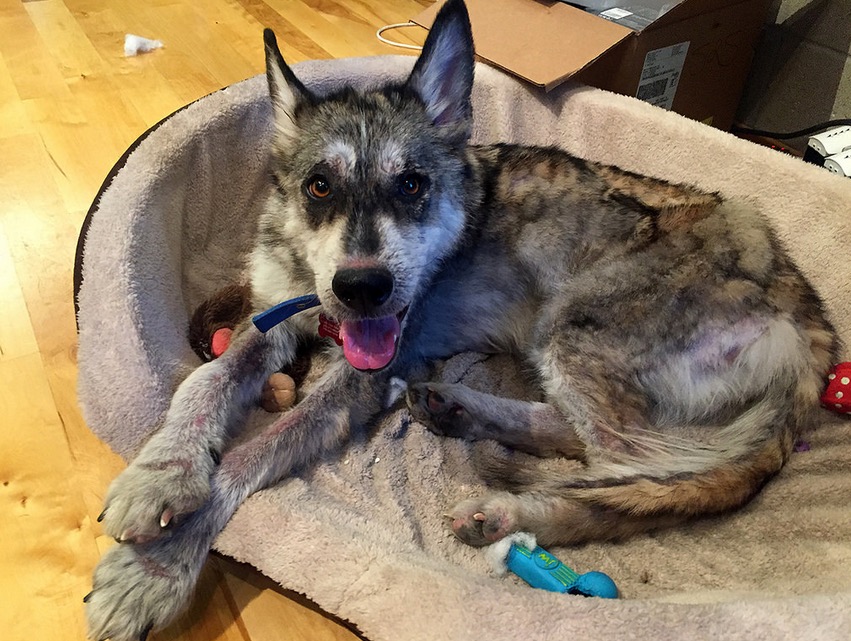 That would explain her majestic beauty and perhaps her horrific abuse, as many people may have mistaken her for a wild, dangerous wolf.

She is only 2 years old, but such an old soul… Julia has a very special face, she looks so calm and wise. I can't explain it but there's something truly unique about her.