4-year-old Mikey has heartbreakingly been nicknamed "the invisible dog".

Barbara Trevouledes, volunteer at the Town of Hempstead Animal Shelter in Long Island in the US, explains: "Not one person – not one – has even asked about him". 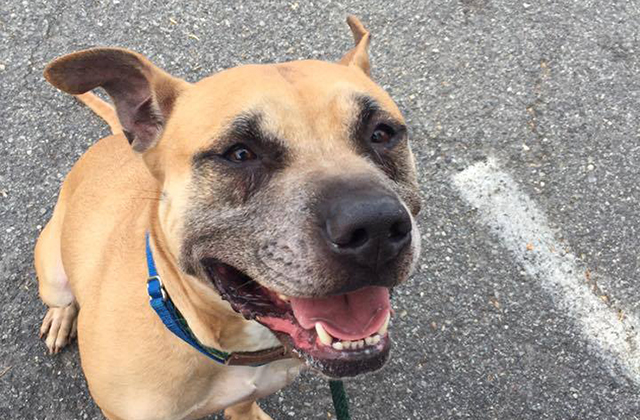 Mikey and his sister were welcomed into the shelter after their owner abandoned them more than a year ago now. His sister, who is a little smaller, was adopted very quickly, but Mikey is still waiting for someone to take an interest and decide to take him home.

But how could such a beautiful, healthy dog not have found an adoptive family yet?

When he arrived at the shelter, Mikey seemed particularly stressed. Being surrounded by other dogs barking and making noise would make just about any dog nervous, but Mikey was especially bad. The pup couldn't stand it and got very quickly depressed. 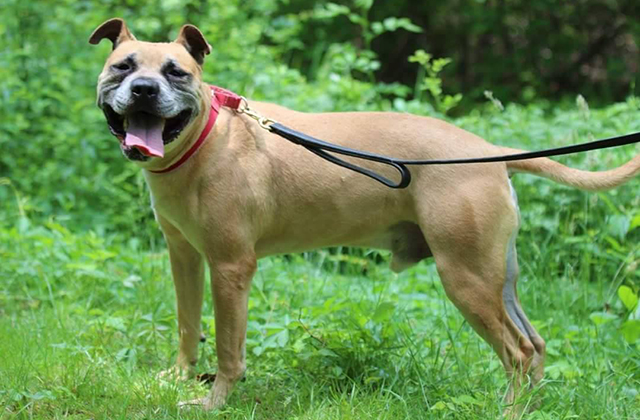 He spends his days sleeping to escape the misery of daily life. "Mikey just shut down", Barbara adds.

After a few weeks, Mikey had become so desperate that he would turn down every treat the volunteers offered him. Barbara will always remember the day that the dog finally accepted a biscuit. The young woman was absolutely overcome with emotion when he looked her in the eye for the very first time.

From this moment on, a special bond began to form between Mikey and Barbara. When the volunteer came into the shelter, he picked up on her voice from far away and a spark lit up within him. Little by little, the dog began to open up in her company. Thanks to Barbara, he is happy to play and snuggle, even turning over onto his back so he can be petted. 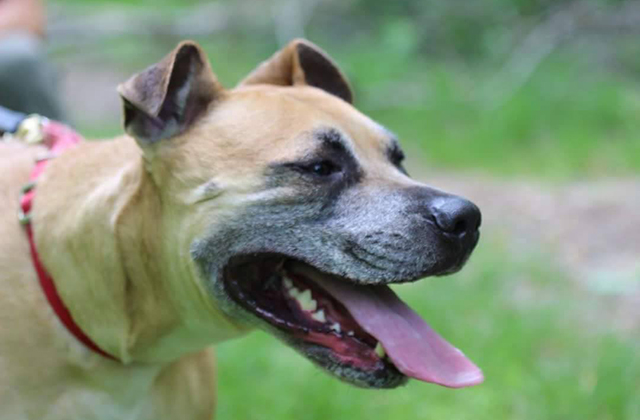 But at the same time, Mikey seems increasingly aware of the tragic truth that nobody has yet considered adopting him. This knowledge is starting to show in his behaviour, as the dog often suffers from anxiety attacks. Barbara recalls a few days ago when she arrived at the shelter to find him completely defeated and trembling like a leaf.

It wasn't because he was cold. It's because he's aching for a home. His body can't handle the anxiety. He's giving up.

The young volunteer can't hold back the tears as she tells this sad tale. Though of course none of the dogs at the shelter have had a perfect life, Mikey's story is particularly heartbreaking. According to Barbara, the dog's face says it all: he's lost all hope and won't wait any longer. He's given up. 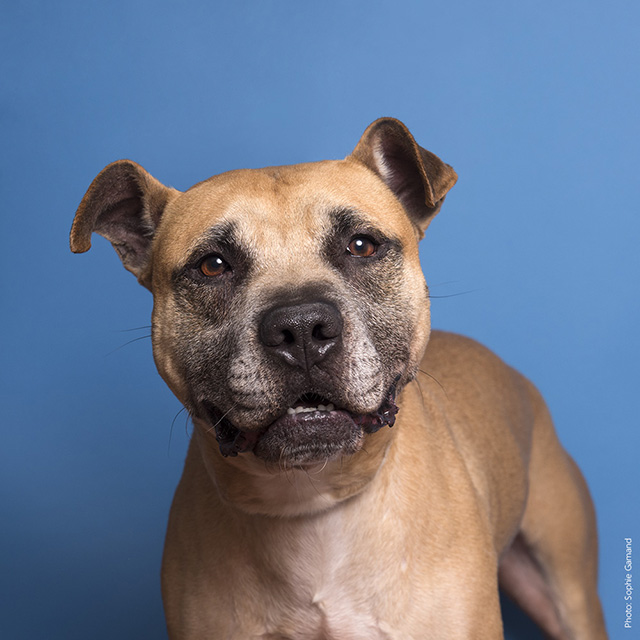 The team at the shelter know that Mikey was part of a family before he was abandoned. So he knows what it's like to be surrounded by people and looked after, even if he doesn't know what it is to be loved. This only makes Mikey's situation more upsetting.

But Barbara is certain that when Mikey finally finds a family, he will prove his capacity for unconditional love. She can happily confirm that Mikey's love is "the best feeling in the world".

If you think yourself capable of adopting Mikey or know someone who is, and you live in the US, find out more via the Facebook page or get in touch with the Hempstead Town Animal Shelter by emailing animalinfo@tohmail.org.