4 employees at a dairy farm in Okeechobee, Florida were arrested for cruelty to animals in mid December. They were seen abusing cows at the farm in a video by Animal Recovery Mission, an animal rights association.

In the video, the men, all employed by McArthur Farms – one of the biggest milk producers in Florida – used PVC pipes (sometimes with knives strapped to the end) and blowtorches to control the animals in their care.

"[they were] hitting and stabbing animals with this, on a daily basis"

Animal Recovery Mission's investigation took place over several months between August and October, managed carefully by two undercover agents, who worked at the farm to film what was happening. They discovered employees using home-made spears to hit and stab cows. 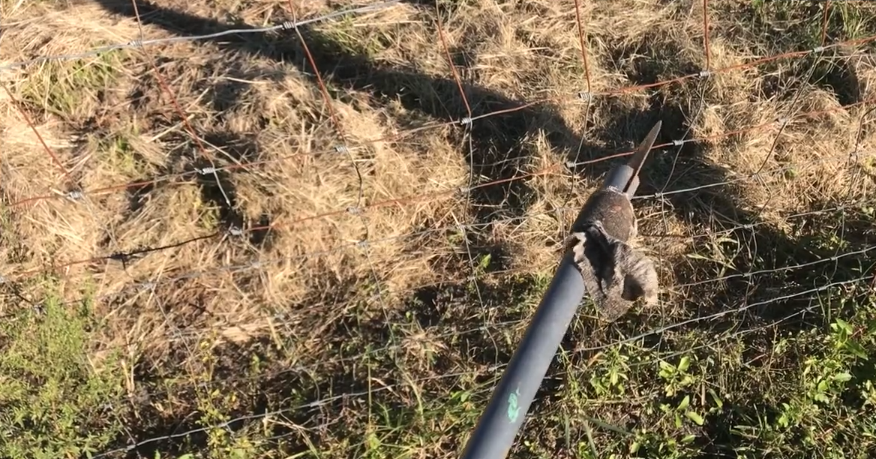 Richard Couto, one of the investigators, said:

This was a regular occurrence, hitting and stabbing animals with this, on a daily basis. they would take PVC and they would make it razor sharp. They were stabbing in the reproductive areas with this, in the face, in the backs, in the udders.

Video footage also shows blow torches being used directly on the cattle to sterilize their udders before milking, as well as to scare them into moving. 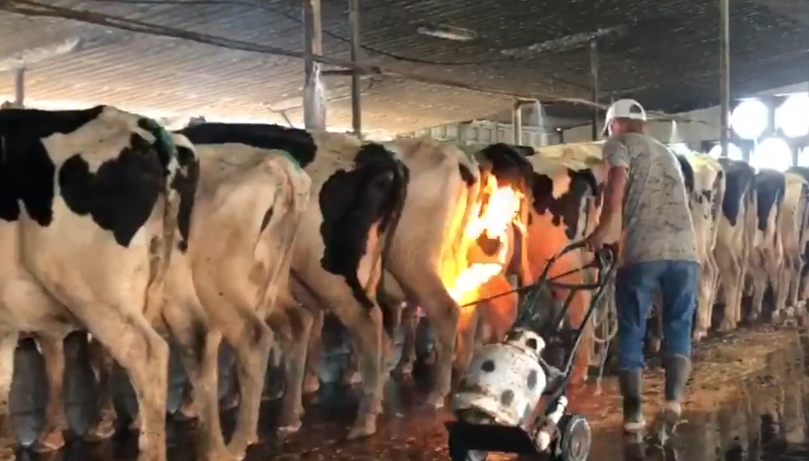 Couto also said that calves were all but torn from their mothers during birth with a mechanical contraption, often while they weren't fully dilated. The newborns were taken away mere minutes after being born and violently loaded onto trucks.

McArthur Farms is the third to be accused of abuse in the state. A fourth is currently being investigated. Three men have been arrested in connection with the crimes, while a fourth is still wanted.

This is the first time an Animal Recovery Mission investigation has revealed the use of knives and a flamethrower on farm animals. One of the employees is charged with third-degree felony and two others with first-degree misdemeanors for animal abuse. All risk prison.

Milk from accused farms is sold in popular supermarket chains, such as Target, Walmart and Publix. 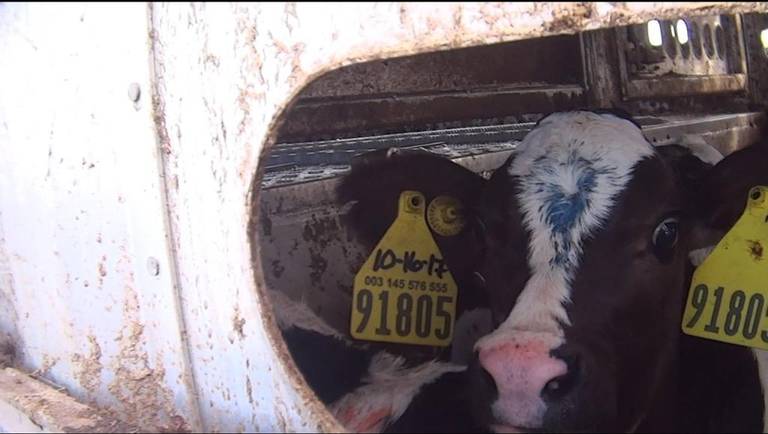 Walmart and Publix quickly released statements denying any knowledge of abuse and severing business ties with the farm. Molly Blakement, a spokesperson for Walmart, stated:

We do not tolerate the mistreatment of animals and we’re working with our suppliers to quickly and thoroughly investigate the actions shown in the video and to take the appropriate steps to help ensure this unacceptable behavior cannot continue. This video is hard to watch. We take animal rights seriously and have strict policies in place to hold our suppliers accountable.

The group that McArthur Farms is a part of has decided to put its staff through animal welfare training, in co-operation with the National Milk Producer's Federation.

You can watch Animal Recovery Mission's video on their investigation below:

Dairy cows are often victims of animal abuse. Most recently, Italian cows used to make world-famous Parmesan and Grana Padano cheeses were found to be suffering in terrible conditions.

Activist group Compassion In World Farming has launched a petition to demand labeling on cheese that tells people whether cows used to make it are battery or free range.