In April, Hope for Paws was called to help an injured Pitbull who was found in a parking area.

The dog had become friendly with a local resident, but as soon as he saw the rescuers coming towards him, he tried to escape. 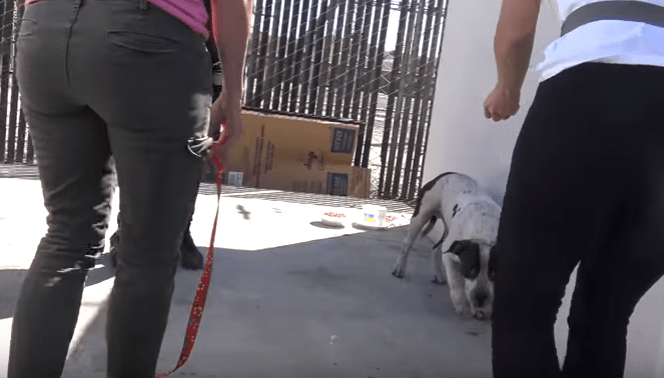 Faced with a dead end, he worriedly turned to confront his fate. The volunteers decided to throw him food in hopes that he would come around.

Thankfully, the hungry dog was very interested in the cheeseburger thrown to him. He hopped on the three good paws he had left, to eagerly scarf down the food. 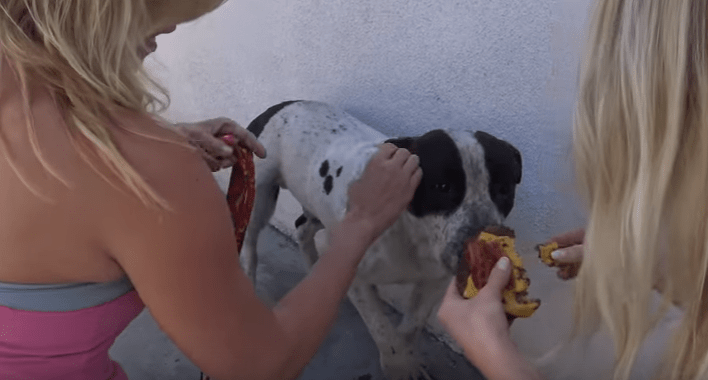 Seemingly won over by the peace offering, the canine, who they decided to call Banjo, quickly warmed to the volunteers and let them pet him.

The adorable dog showed them his loving personality before they gathered him up to take him to the shelter.

There, he received treatment for his injured paw and a warm bath. 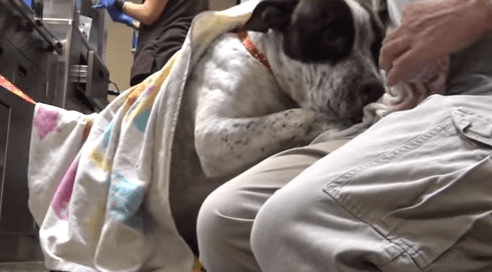 He had all of his shots and was neutered, in preparation for his forever home.

Within no-time the lovable pooch was adopted, and is enjoying spending time with his family. 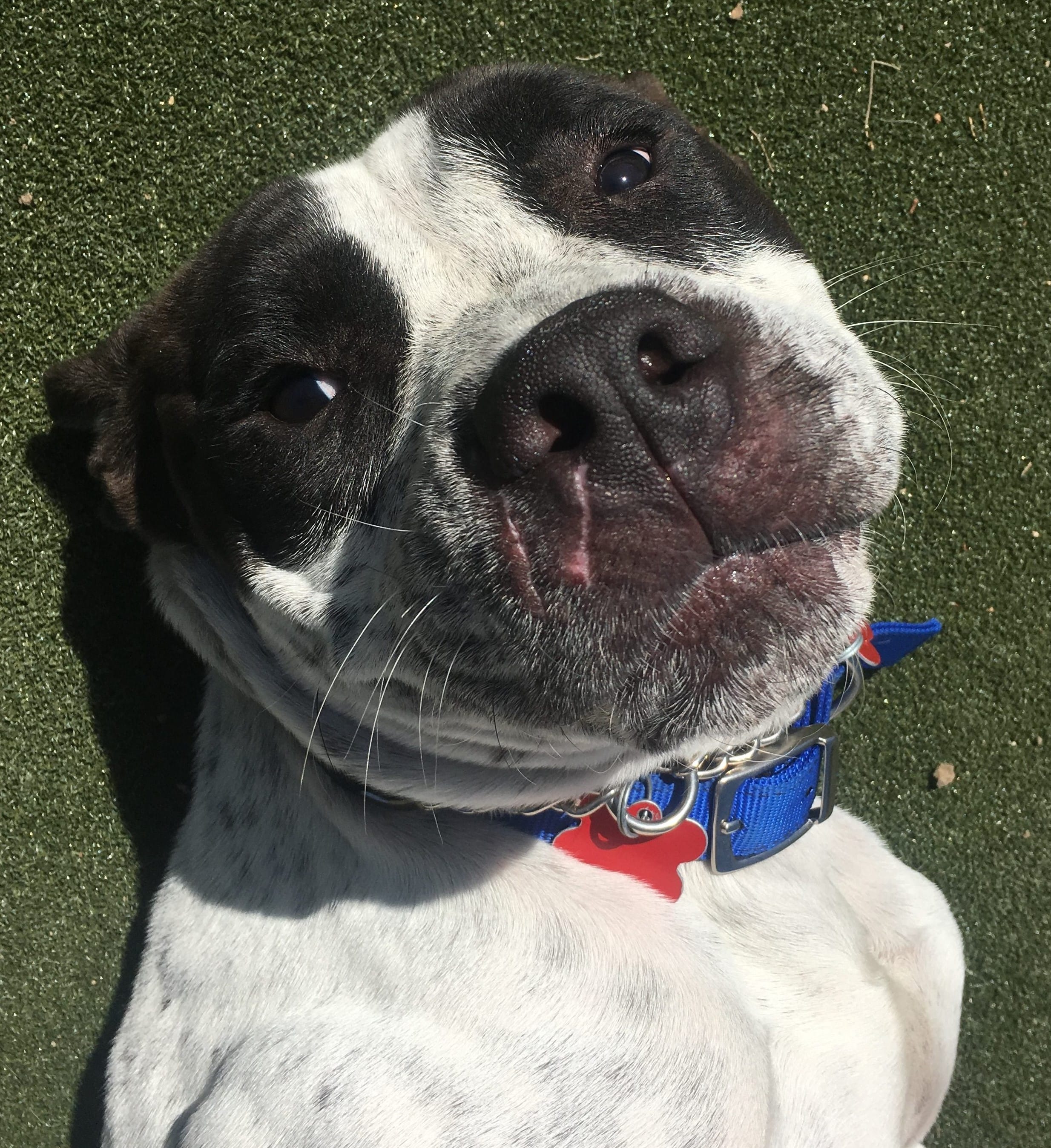 He still has a minor limp, which will heal over time, but Banjo is thrilled to bask in the love and affection he has always deserved.

If you would like to help Hope for Paws rescue more animals in need, you can donate to them, here. To check out more dogs like Banjo who need a home, click here.

You can watch the full rescue video below: