In June, an eight-week-old German Shepherd puppy was rescued from deplorable conditions in Laguna Beach, California.

The little dog was found during a police raid of his former owner's property, as they were suspected of multiple car burglaries. 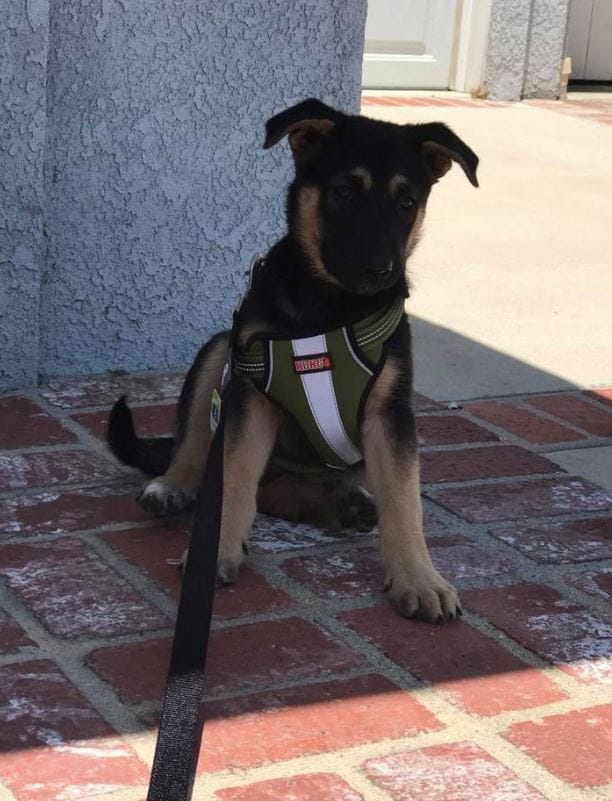 Upon arrival, the Laguna Beach police department quickly realised that the puppy was in serious danger and needed help.

The German Shepherd was visibly injured and malnourished, so officers seized him straight away, ready to take him out of harm's way. In particular, Sgt. D. McGill was particularly moved by the poor puppy's story.

The dog-lover had lost his 13-year-old wire-haired terrier mix canine companion some weeks earlier and, still devastated by the loss, wanted to do everything he could to help. 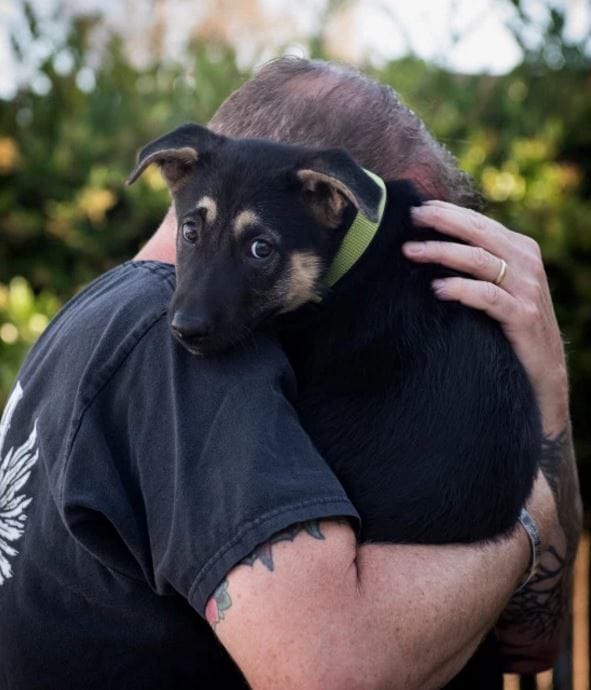 The little dog was taken to Labradors and Friends Dog Rescue where it was found that he had suffered serious injuries after being run over a car.

Luckily, it was found that the brave dog had managed to escape breaking any bones, but still needed a lot of love and care to recover from his ordeal. 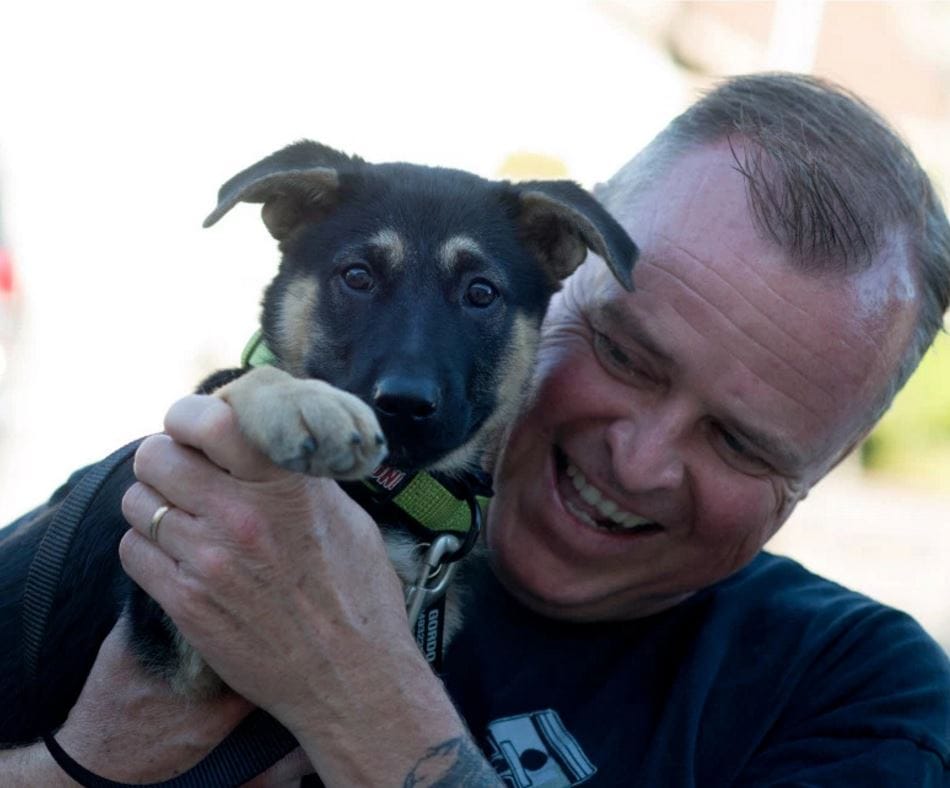 A short while later, Officer McGill found himself unable to stop thinking about the dog, and after running it by his wife made the decision to adopt him and bring the puppy into their family.

He gave the German Shepherd a brand new name 'Gordo' in tribute to Laguna Beach police Officer Gordon French who was killed in the line of duty in 1953.

I like being able to help out. Just giving him a forever home is what it’s all about. 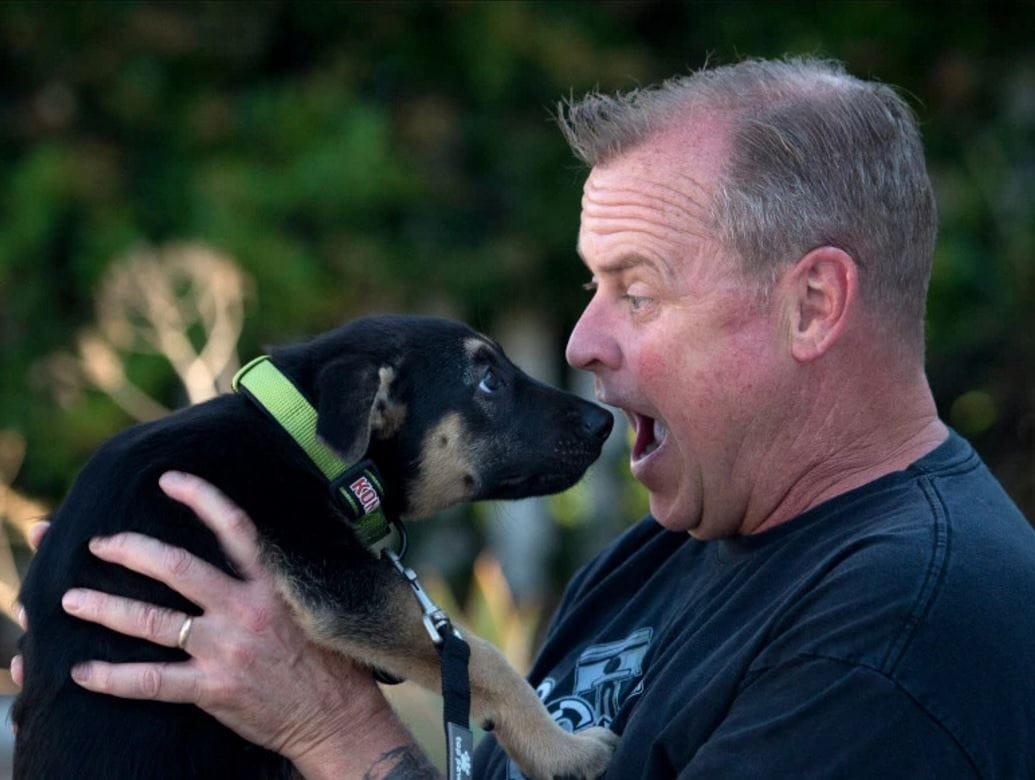 To support Labradors and Friends and help them to continue their amazing work, you can make a donation by clicking here.