Within a few hours, the loyalty of this incredible Pyranees mountain dog moved millions of internet users. 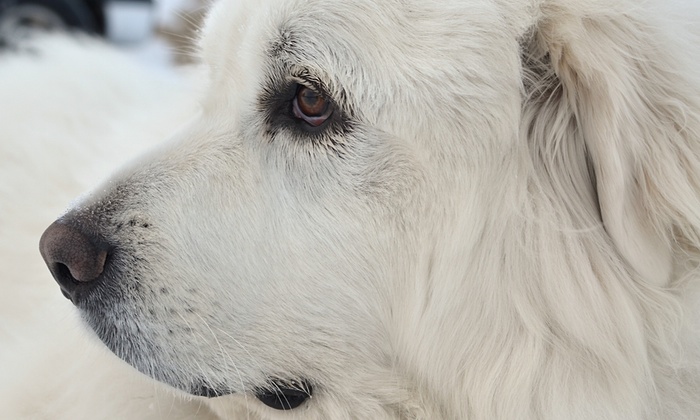 He was spotted on the side of a road in Dallas, in the US, watching over his deceased dog companion, who had no doubt been run over by a car. The dog had clearly dragged him up onto the roadside to avoid any further harm. 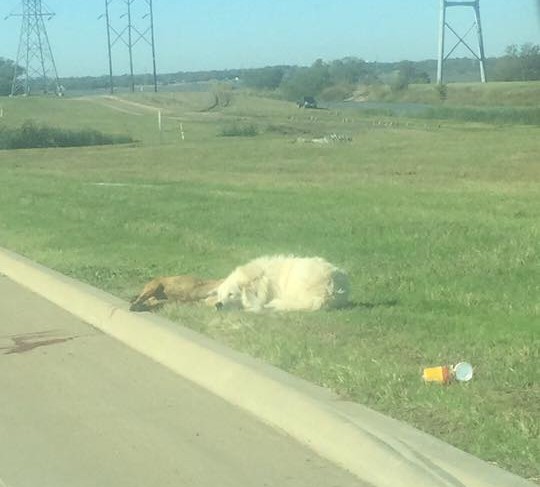 He would have stayed there for longer, staring into blank space, beside his best friend who he was clearly very attached to. 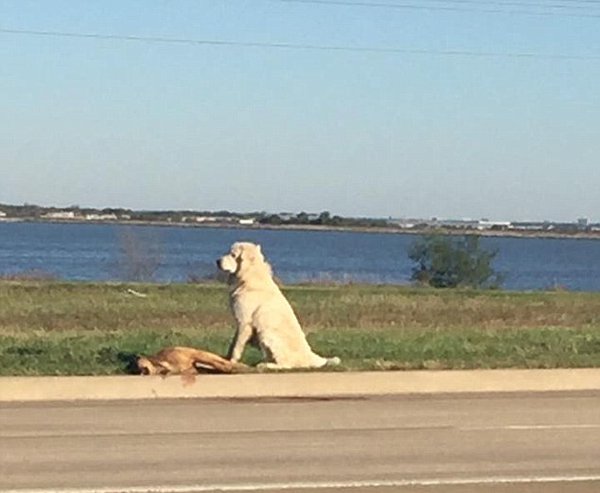 Having seen the photos published live on the internet, volunteers from the association No Bully Left Behind arrived on the scene to offer their support.

He’s obviously being loyal to a friend who passed away and he’s mourning. He was just kind of sitting guard, like a statue, just sitting there watching over his friend’s body. 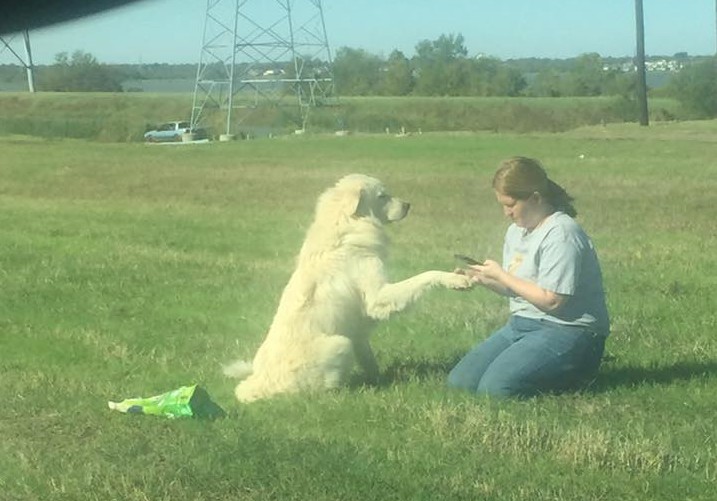 Julie and her team first took care of his friend's dead body. They then took the grieving pup to a shelter.

Sadly, neither of the dogs had been given a microchip. From then on, the volunteers got about finding the family of the surviving dog and reuniting them. If no one turned up to claim him after a few days, he would be put up for adoption. 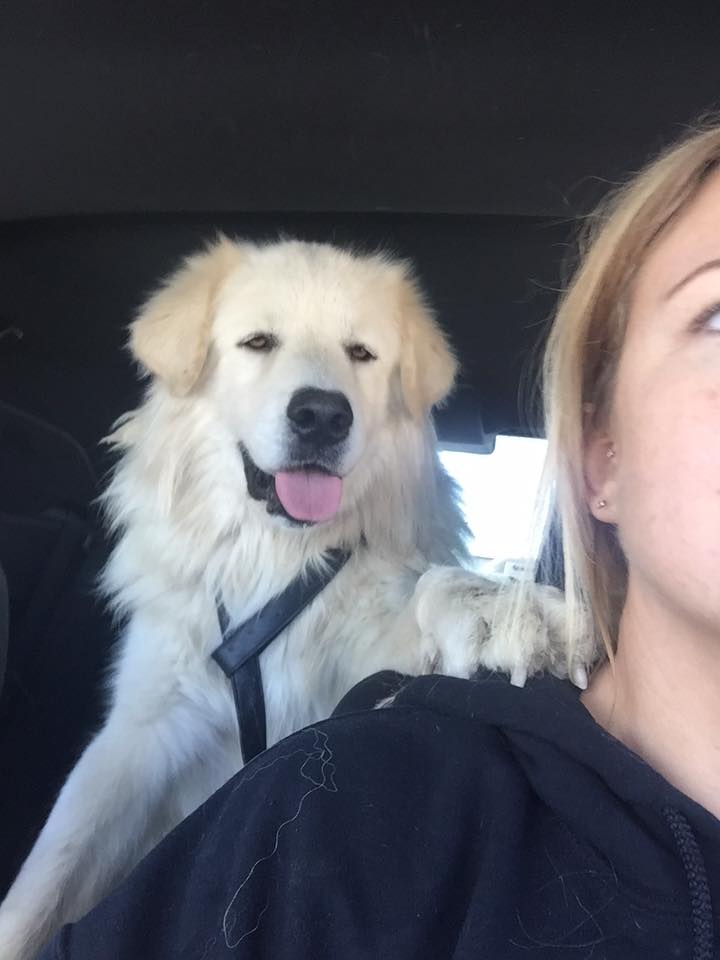 Thankfully, we can safely say that he has been reunited with his family. The dog's name is Brian and his deceased friend was called Marley. The unidentified family told the Dallas Animal Services that the pair had escaped from their home when they accidentally left the garage door open.

Our condolences to the family on the loss of Marley, but we are happy that at least Brian will be going home soon. Thanks to everyone involved.