When GiGi, a horned owl, arrived at the Wild At Heart Rescue in Mississippi at the end of May, she was in a very bad way.

Missy Dubuisson, founder of Wild At Heart, says that the bird was in one of the worst conditions they had ever seen. In fact, she lost most of her body weight as she went through treatment. 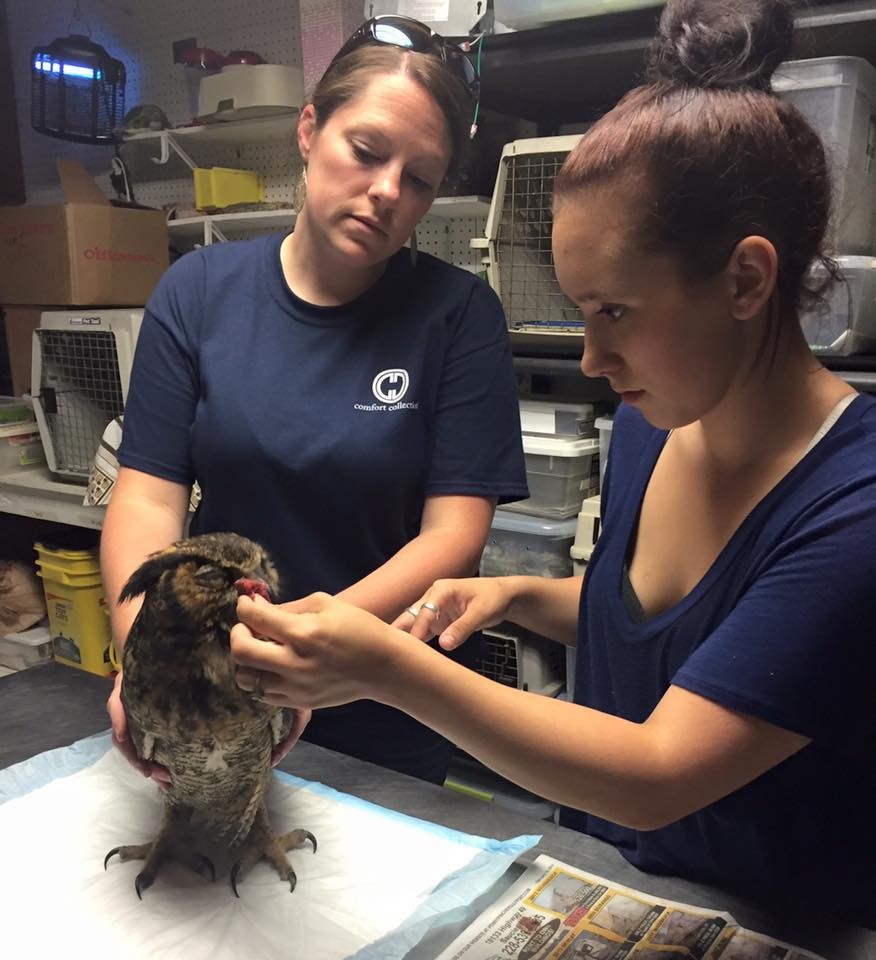 Volunteers at the centre believe she had been hit by a car, causing her terrible head trauma. It really wasn't looking good for GiGi – she was concussed and suffering from a pneumonia-like disease called aspergillosis.

Luckily someone was on hand to help: the president of the centre, Douglas "Doug" Pojeky, who has been baptised the "birds of prey whisperer" for his incredible abilities to do just that. Dubuisson tells The Dodo:

In all my years working with birds of prey, I have never seen someone with such a bond with these magnificent birds.

There was no doubt that Pojeky would be able to help turn the owl's life around. With his help, GiGi began feeding herself on her own again.

But sooner or later he had to go out of town for a while, and GiGi certainly felt his absence. Pojeky was greatly surprised when he gave GiGi a medical examination upon his return – she began to dance upon his arm! What came next was even more amazing… 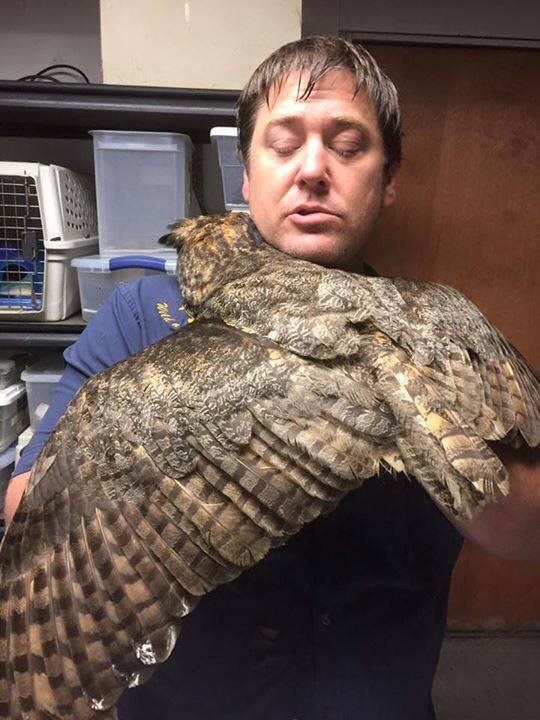 The great bird approached Pojeky and snuggled into his neck, her wings spread wide just as if she was embracing her favourite volunteer.

It was an especially meaningful encounter for Pojeky, who reveals to The Dodo that the owl reminds him of a special memory from his childhood:

For some reason when that bird was hugging me, all I could think of was my dad.

The joy on both of their faces shows that this is a very special bond. Just look at GiGi's expression of pure bliss! 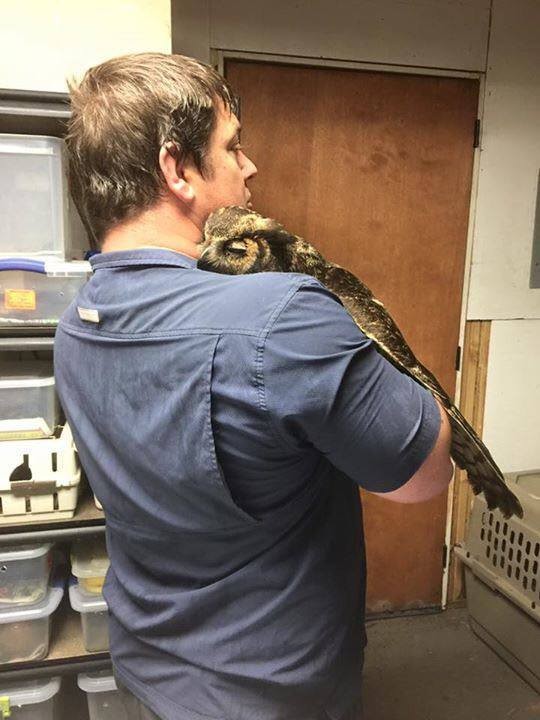 The bird will go back into the wild when she is fully recovered, though one thing is for certain: she will never forget her magical friendship with Pojeky.

You can help Wild At Heart Rescue create more heartwarming stories like this by making a donation here.