Hurricane Irma, which ravaged the Caribbean, Gulf Coast and the south-east of the United States earlier this month, left a trail of devastation where it hit. On the tiny island of Barbuda, inhabited by less than 2000 people, 95% of its buildings and infrastructure (such as electricity and plumbing) were destroyed. Survivors fled to Antigua, a neighboring island.

Sadly, as we saw with other recent natural disasters, many animals were left behind when their humans were forced to run for their lives. 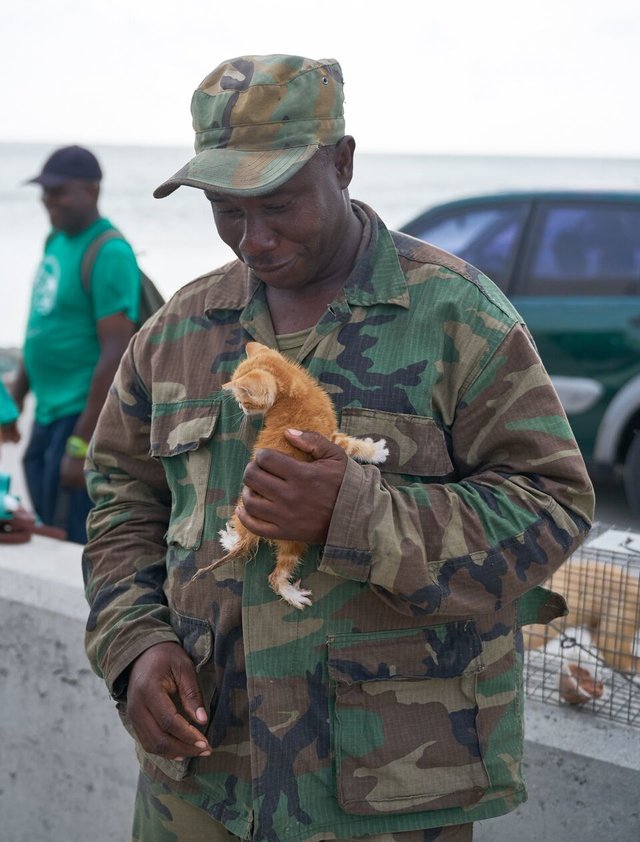 Corporal Orville Williams, a member of Antigua's army, was patrolling Barbuda to see how bad the damage was when he and his squad-mates heard the tiniest of miaows. A few moments later, he found who was making them; a tiny, abandoned kitten.

Without even hesitating a little bit, Williams scooped up the little kitty, a female who was only a few weeks old. He took her with him back to the safety of the island's port. Scott Cantin, a spokesman for World Animal Protection (WAP), told The Dodo :

She was tiny — too tiny to be left on her own. So they took her into the truck. They [the soldiers] were just staying in these bunks at the port, and the kitten stayed with them. And there was an area where they would give her food and water. 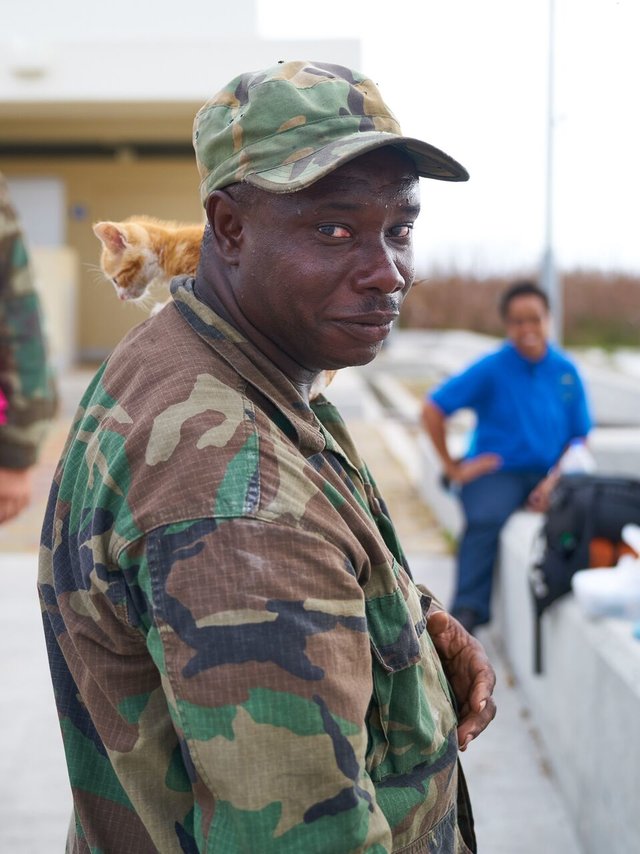 This situation was only temporary. Orville Williams, who knew that a WAP team was going to search the island for abandoned animals, knew exactly what he had to do:

The soldier said to us, ‘Hey, since you’re bringing back animals, we have this little kitten and she’s probably better off with you guys. So if you can fit her, it would be great if you could take her back to Antigua.’ 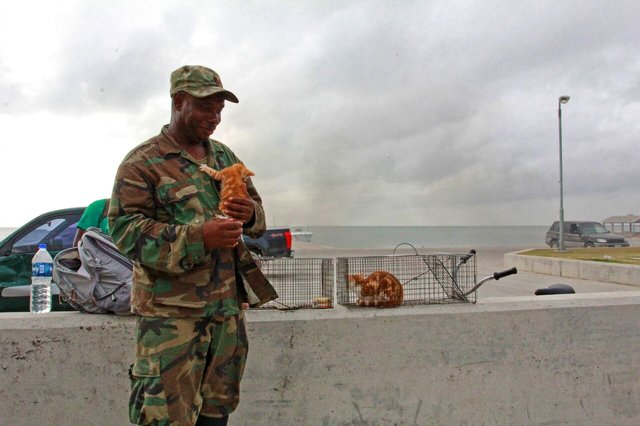 The association's volunteers agreed immediately and came to collect the kitten, who had been named Irma after the storm which could had snuffed out her short life.

Although saying goodbye was difficult for both soldier and cat – she dug her claws into his clothes and refused to let go – Williams knew that she was going to safety:

He was really attached to her and when it was time to go, he said, ‘No tears now. Irma’s going to a better home.’

Irma has since settled into her new home at the Antigua and Barbuda Humane Society, according to Cantin:

Two days later, I went to visit her at the humane society, and she was rolling and exploring and scratching at the wood, and she’s a really cute girl and really curious and playful. One of the most satisfying parts about working in this kind of field is the happy endings, because there are so few and so far between that when they happen, you really have to cherish them. 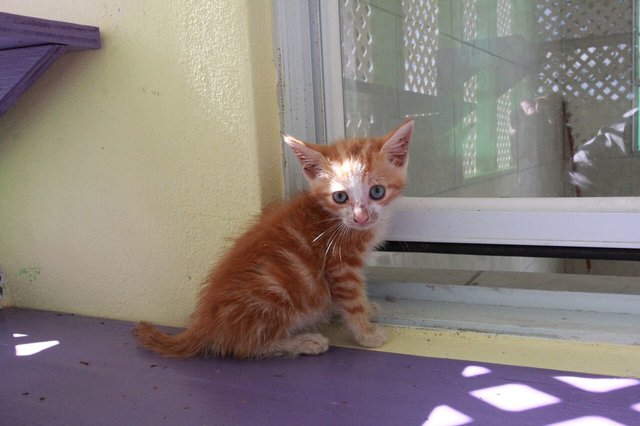 Hopefully Irma will find her forever home and never have to worry for her life ever again.

You can follow the World Animal Protection's work and give them a donation by clicking here.