Recent images filmed on hidden camera and published in January 2017 by the Humane Society of the United States (HSUS) reveal once again the intrinsic cruelty of circuses for all the animals who are held captive.

Tora, a tiger in the spectacle ShowMe Tigers for Carden Circus and Shrine Circuses, was whipped 31 times by her trainer, Ryan Easley. The animal, paralyzed on a stool, showed obvious signs of distress and pain. 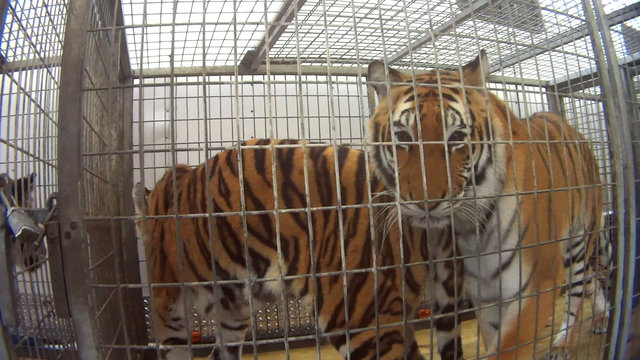 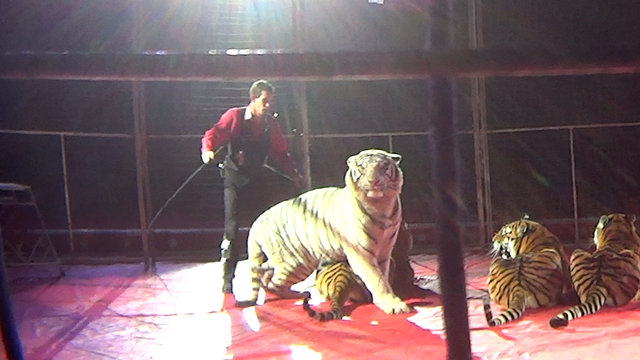 In my professional opinion, the tigers at ShowMe Tigers are suffering from psychological neglect and trauma on a daily basis. 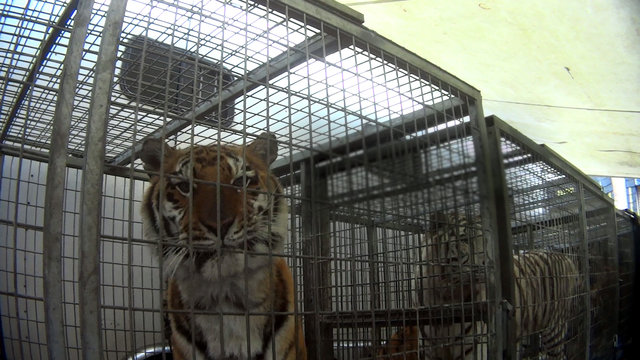 When not performing, the eight tigers are confined in narrow, metal cages. According to the HSUS report:

Except for the few minutes each day when the tigers performed, they were kept exclusively in transport cages where they ate, slept, paced, urinated and defecated in the approximately 13 square feet of floor space afforded to each one. Not once were they provided the chance to exercise outside the transport cages. In fact, the tigers’ exercise cage was never even unloaded from the trailer. 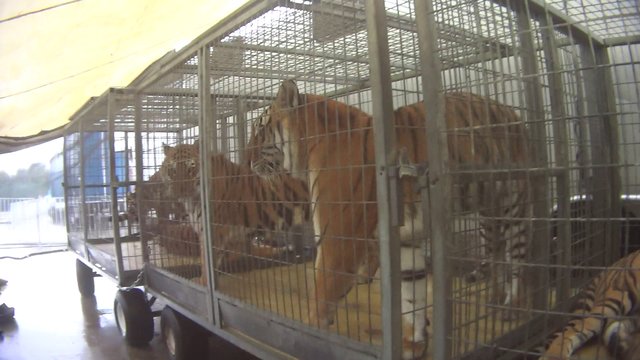 In addition to the difficult living conditions, the animals also suffered from diverse problems. Tora had injuries to her face that were left untreated. Sadly, it's not the first time that she has been subject to health issues. Five years earlier, the USDA cited Easley for not having traeted the open wound on Tora's ribs.

The tigers cowered, flinched and moaned in distress and flattened their ears back in a fearful response to being whipped and hit with a stick, typical behavior of traumatized and abused tigers. 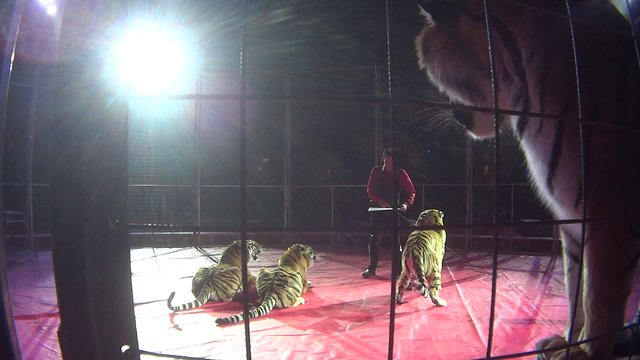 During the 22 days that the investigation lasted, the tigers were not even fed. The HSUS gave their findings to the USDA and hope that measures will be taken to put an end to this inhumane treatment.

You can read more about what it's like for animals forced to work in entertainment, here.