All over Asia, more and more "zoos" are popping up, apparently in an effort to preserve conservation of endangered species, especially tigers. 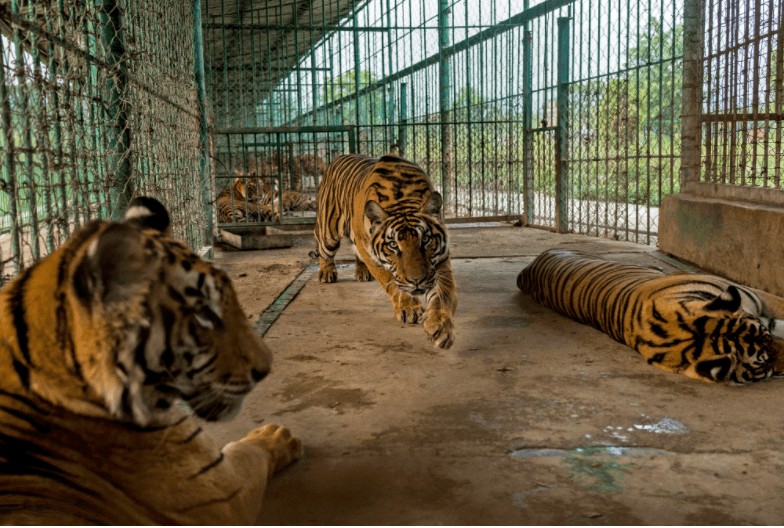 The problem is so many of these business are actually fronts for farms, using endangered animals captured from the wild for holistic medicines or exotic meats.

The New York Times did an in-depth investigation into several of the different zoos or tourist attractions masquerading their farming of animals as conservation.

A Chinese group called King's Roman leases a patch of land from the Laotian government for a casino. The area where it's located is a special economic zone, and comes with the privilege of less surveillance on things that are not quite legal in China. 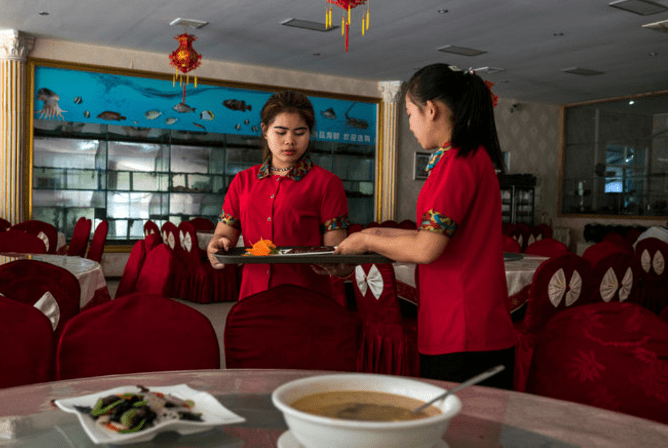 The casino contains a run-down zoo with several big cats, as well as a cock-fighting ring and restaurant. The restaurant serves a special "jungle menu" where patrons can order things like tiger meat, pangolin (a critically endangered scaly mammal) and bear paw.

Tiger bone wine, which is made from soaking the bones and penises of tigers in rice wine, is another product which has increased in popularity over the years thanks to the idea of "captive-bred" tigers. 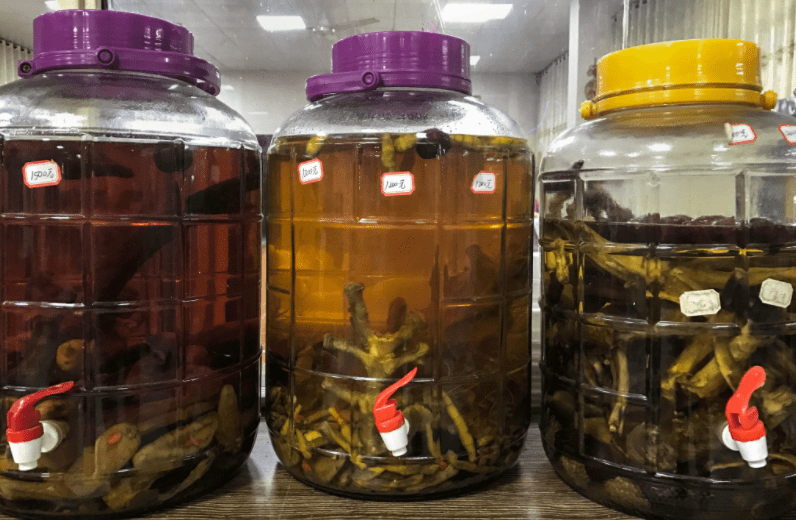 However, according to the New York Times, many of the animals who are reportedly captive-bred have been illegally caught in the wild.

Farmed tigers significantly outweigh the number of the felines in the wild. There are over 200 tiger farms in China alone.

And despite a Convention on the International Trade of Endangered Species (CITES) agreement, signed by all Southeast Asian countries, stating that tiger breeding is only to be used for conservation and not for commercial interests, it still goes on.

Grace Ge Gabriel of the IFAW, told the Times:

Farming tigers for trade confuses consumers and stimulates demand. The increased market demand for tiger parts also fuels poaching of tigers in the wild, because wildlife consumers prefer animals caught in the wild. 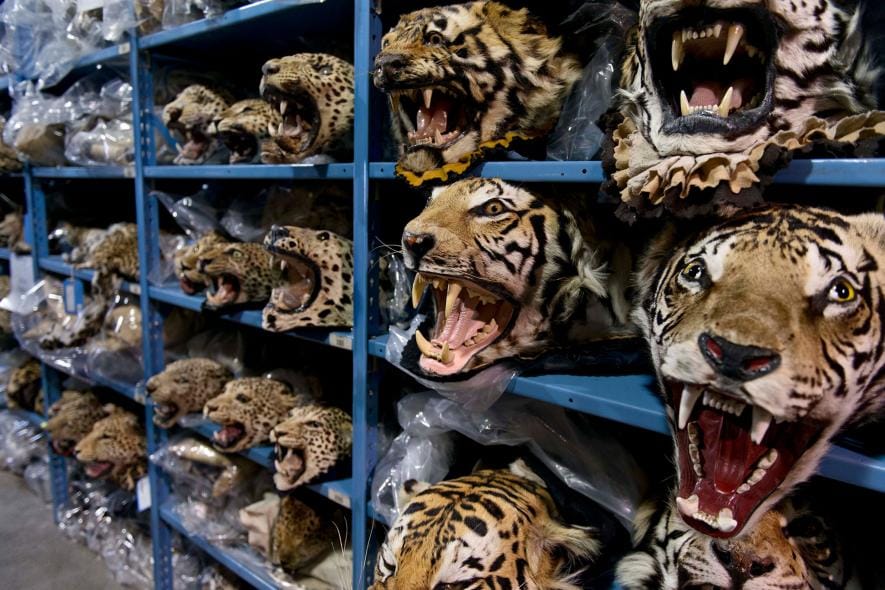 While many government officials are in on the dealings – even when illegal – some countries, like Laos, have declared their desire to put an end to the farms, however no progress has been made.

For tigers stuck in the farms, there isn't really a good solution. There are over 700 tigers in captivity in Laos, and they all have had significant contact with humans, decreasing their fear, and increasing their likelihood to raid villages, while limiting their survival skills.

Most of the big cat sanctuaries don't have the funds to take in that many tigers, as it costs thousands of dollars a year to feed them. 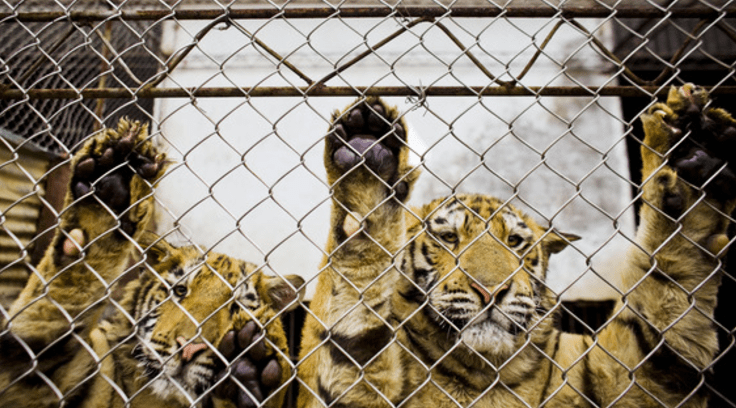 The other option is euthanasia which would bring lots of negative media attention to the country, so they are currently at a standstill on how to move forward.

"The U.S. needs to set a strong standard"

China, on the other hand, is requesting that the CITES treaty be overturned and that trade in tiger products be restored (a request which has been turned down on several occasions.)

They point their finger at the United States, who has over 5000 tigers held in captivity in ill-equipped petting zoos and circuses all over the country.

The priority is closing the tiger farms in Asia, but the U.S. needs to set a strong standard, and that starts with cleaning up the situation in our own backyard.

To help support organizations trying to put a stop to this cruel trade, you can donate to the WWF, here, or the Environmental Investigation Agency, here.

Millions of animals are still stuck in cages, enclosures or buildings every day.