At the end of August 2017, Manitoba province in Canada faced horrendous forest fires, kick-starting a hasty evacuation campaign to get the people living there to safety. 3 First Nation (native Canadian) communities in the Island Lakes area were taken to safety as the flames raged across their home, writes The Dodo. 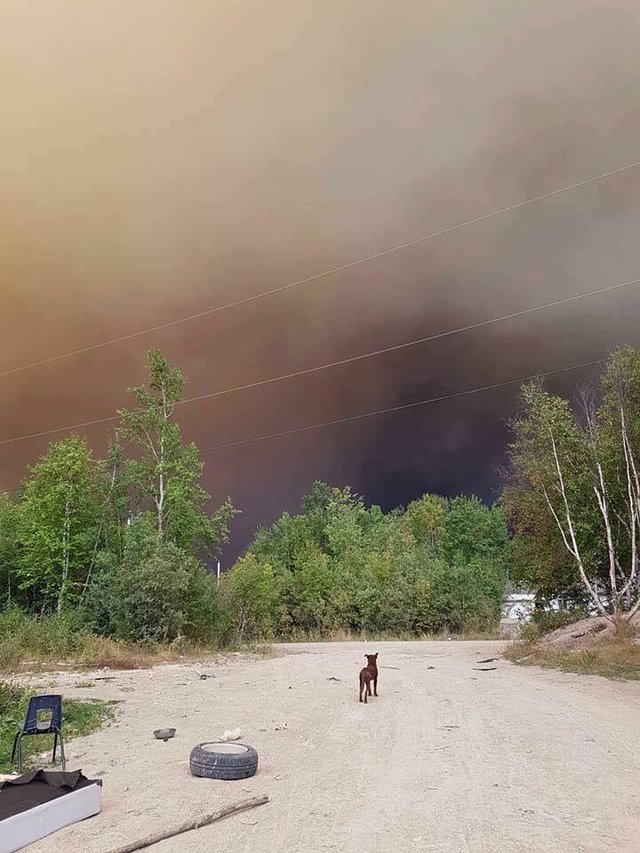 Now the villages look like ghost towns, empty of their inhabitants. However, they aren't completely empty; many animals are still wandering around the silent homes and shops.

This is because during the evacuation, families weren't allowed to take their pets with them. Because the communities are so remote, they can only be reached by plane or boat, making evacuation difficult for humans, never mind animals. 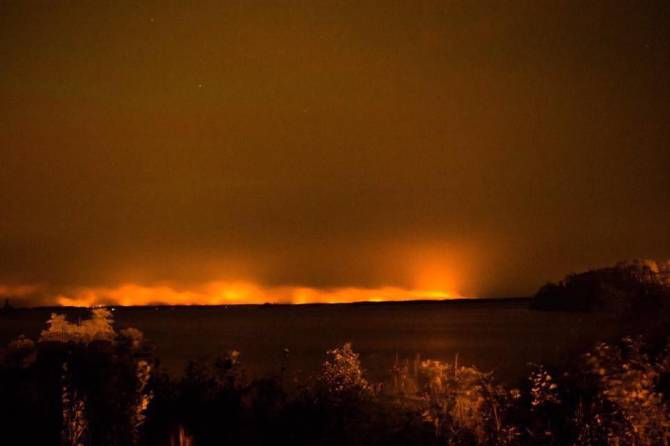 These communities can only be accessed by air and one by boat. During the evacuation the planes were too small and people had to take priority. 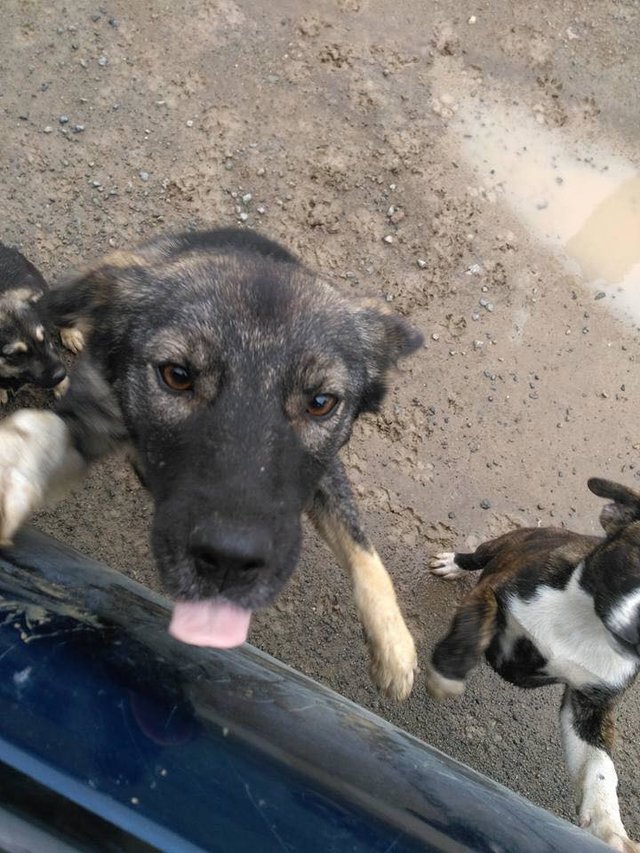 This means that dozens of animals were left to their own devices to face the flames, far from their families.

Luckily, Feed the Furbabies Canada decided to come to their aid and, along with other local organisations such as Norway House Animal Rescue launched an appeal for donations. They have already collected more than 4,000 pounds of food, which has been transported to St. Theresa Point, Garden Hill, Wasagamack and Poplar River. 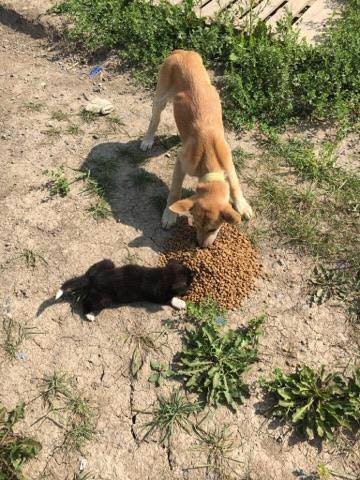 Every day a plane leaves, stocked full of food to feed the hungry inhabitants of the islands. It's good for the evacuated families too, who are very worried about their pets; this way, they can be reassured that they are being cared for. Irwin continued:

There are many threats to the animals left behind; predators, the fires and smoke, and starvation if they don't get enough food. 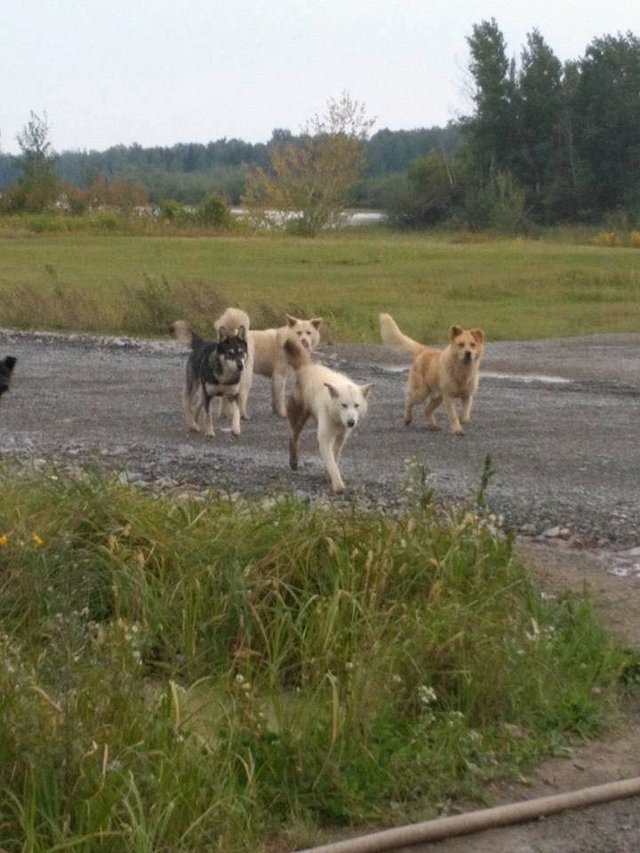 Firefighters struggled against the fires for several days, and on September 10, they announced that they were finally under control.

Some people have already been let back into their homes and been reunited with their animal companions, who are overjoyed to see them. But although luckily the vast majority of the animals were safe and sound, the painful event highlighted the fact that there is no plan in place to rescue pets from remote areas during a crisis. 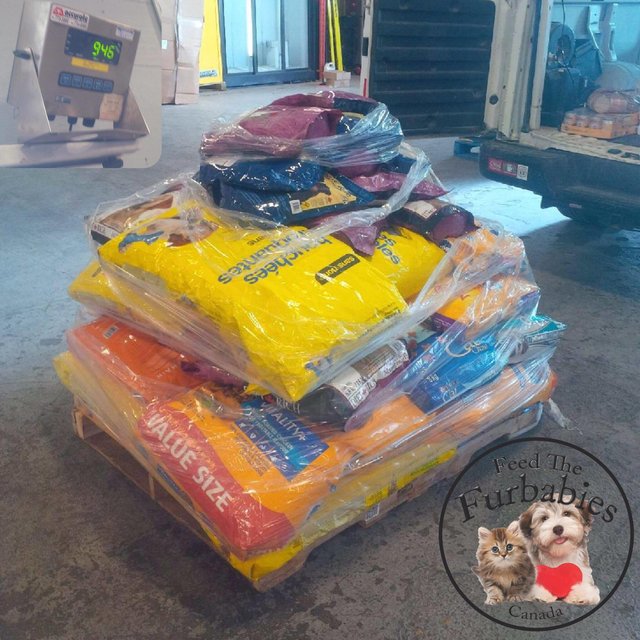 The hurricanes which devastated Texas, the Gulf Coast, the Caribbean and Florida also lead to thousands of pets being left behind as people ran for their lives. Because of the hard work of many animal rescue organisations and welfare groups, hundreds were saved from a terrible fate. But it is clear that there need to be better protections for animals during disasters, to make sure that our furry friends don't suffer. 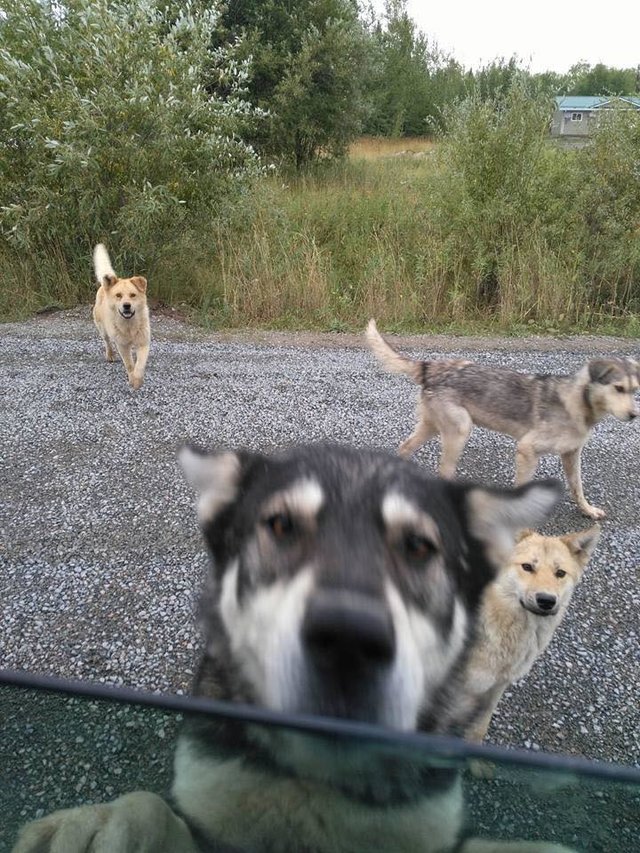