Last week, an American rescue team, Hope For Paws, was trying to save a homeless Pit Bull in Los Angeles when he was so frightened that he almost ran onto the road. Thankfully, his rescuers managed to calm his nerves and save him before it was too late. 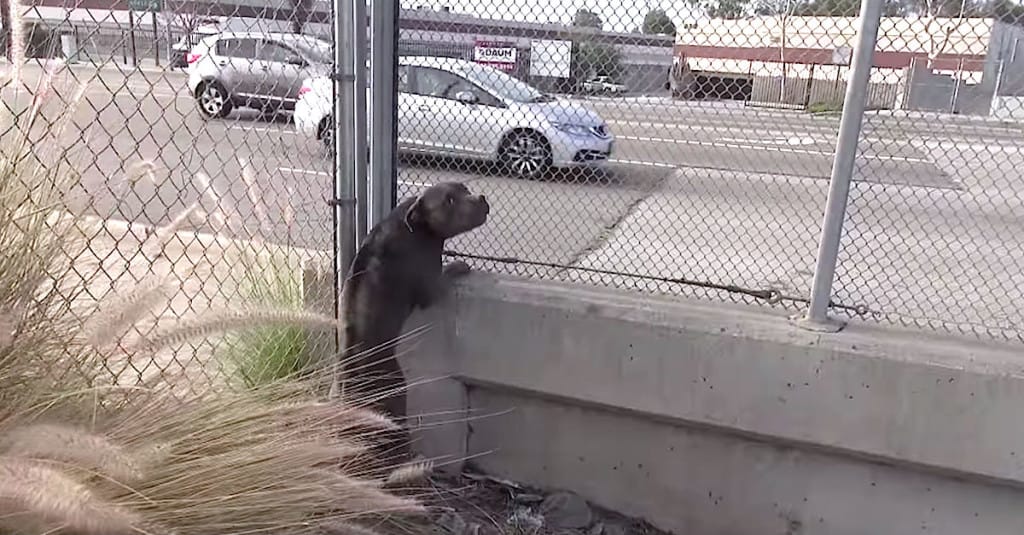 The stray dog had been living on the streets alone for months before someone spotted him and alerted the authorities. A team of 3 Hope For Paws rescuers got down as soon as they could to save the poor pup. They filmed the entire rescue procedure, as well as his recovery.

The poor dog's fear and hopelessness is heartbreaking to watch as he clearly doesn't trust humans. 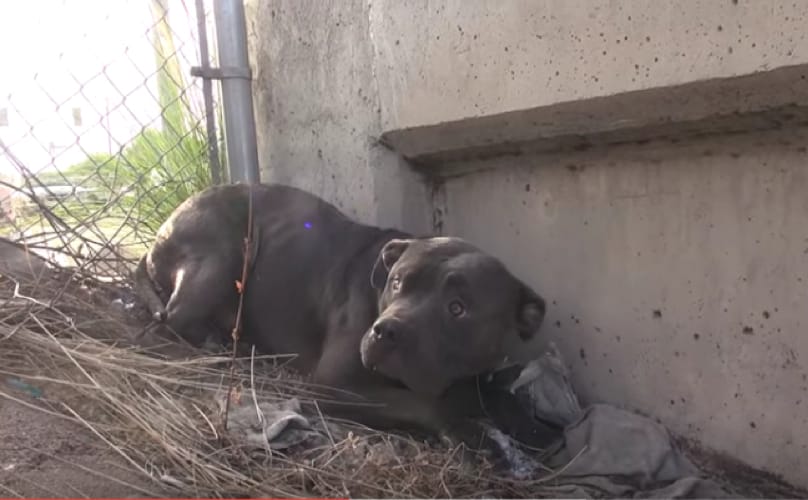 He kept running away from the rescuers, despite being offered treats to encourage him, he was terrified. It wasn't until he was backed into a corner, right next to the busy freeway, that the rescuers knew they had to act fast. If the dog tried to run away from them now, his only way out would be onto the motorway with cars driving at fatal speeds.

At last the team managed to get a lead around his neck, give him a reassuring cuddle and put him into the safety of a crate. They named the pup Veyron.

Veyron then went back to the shelter and quickly made a full recovery. You would hardly recognise him now! He is one of the most playful pups in the shelter. Now all he needs is a forever home. We hope he finds one soon!

Watch the footage of his heartwarming rescue here: