When Hunter the dog leapt from the window of a car and landed on a cliff, the authorities rushed to save him, reports The Dodo.

Although the reckless pooch was uninjured, the only thing between him and a long drop onto the solid concrete road below was a thicket of ivy he'd gotten tangled in.

Local state troopers and firefighters from Tacoma, Washington were quickly on the scene after his mom raised the alarm. However, they couldn't figure out how to safely get Hunter down from the steep, sheer cliff. 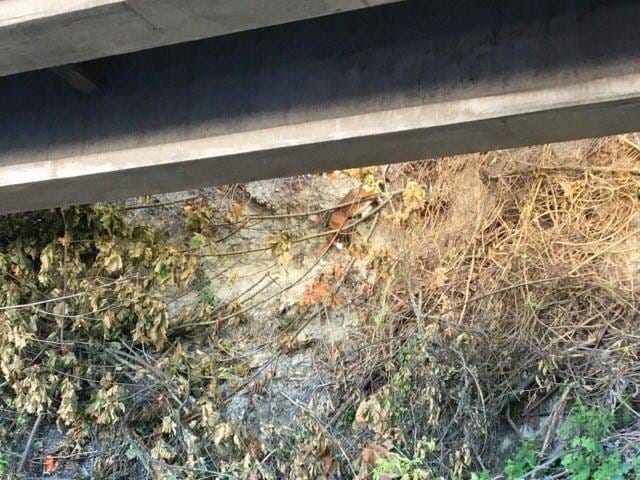 Luckily, help was at hand from an unexpected good Samaritan. Brooke Bova, a Washington State trooper present at the rescue, said:

This homeless man, who said that he lived under the overpass, offered to climb up. He said he knew the terrain and could grab the dog. It was heartwarming. He didn’t have to do that. 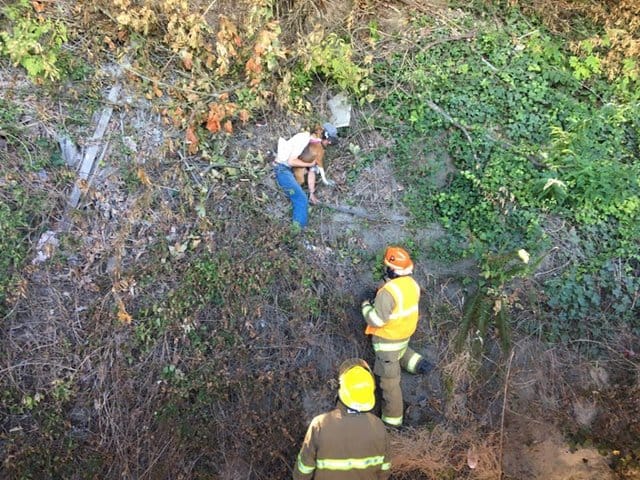 The man, who remains unknown, scaled the cliff, risking his life for the stricken pup, and carried him back down to safety, where he was reunited with his distraught owner. Although shaken, Hunter was given a clean bill of health after a quick trip to the vet and is very lucky to have escaped his ordeal unscathed.

As for his rescuer, he simply walked away once he'd made sure the dog was safe, as described by Bova, who added that homeless people usually try to avoid the authorities and that the episode had restored her faith in humanity:

He didn’t give his name. He just went on his way when he was done. He was just a really kindhearted guy. 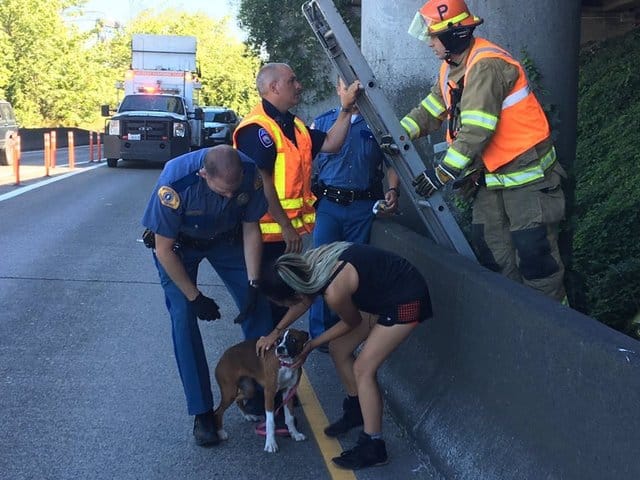 Although this tale ended happily, it can also be a warning to all dog owners about the dangers of leaving your windows down if your dog is loose in the car. Pups of all shapes, sizes and ages can be impulsive and it's far better to be safe than sorry. Always make sure that your car window is open enough to let fresh air in (even just a crack will do), but not so that Fido can escape.