His body was put to the most extreme tests. But his spirit never broke.

In May, Animal Aid Unlimited, an organisation which comes to the rescue of stray animals in India, received a call about a dog who had just been hit by a train. 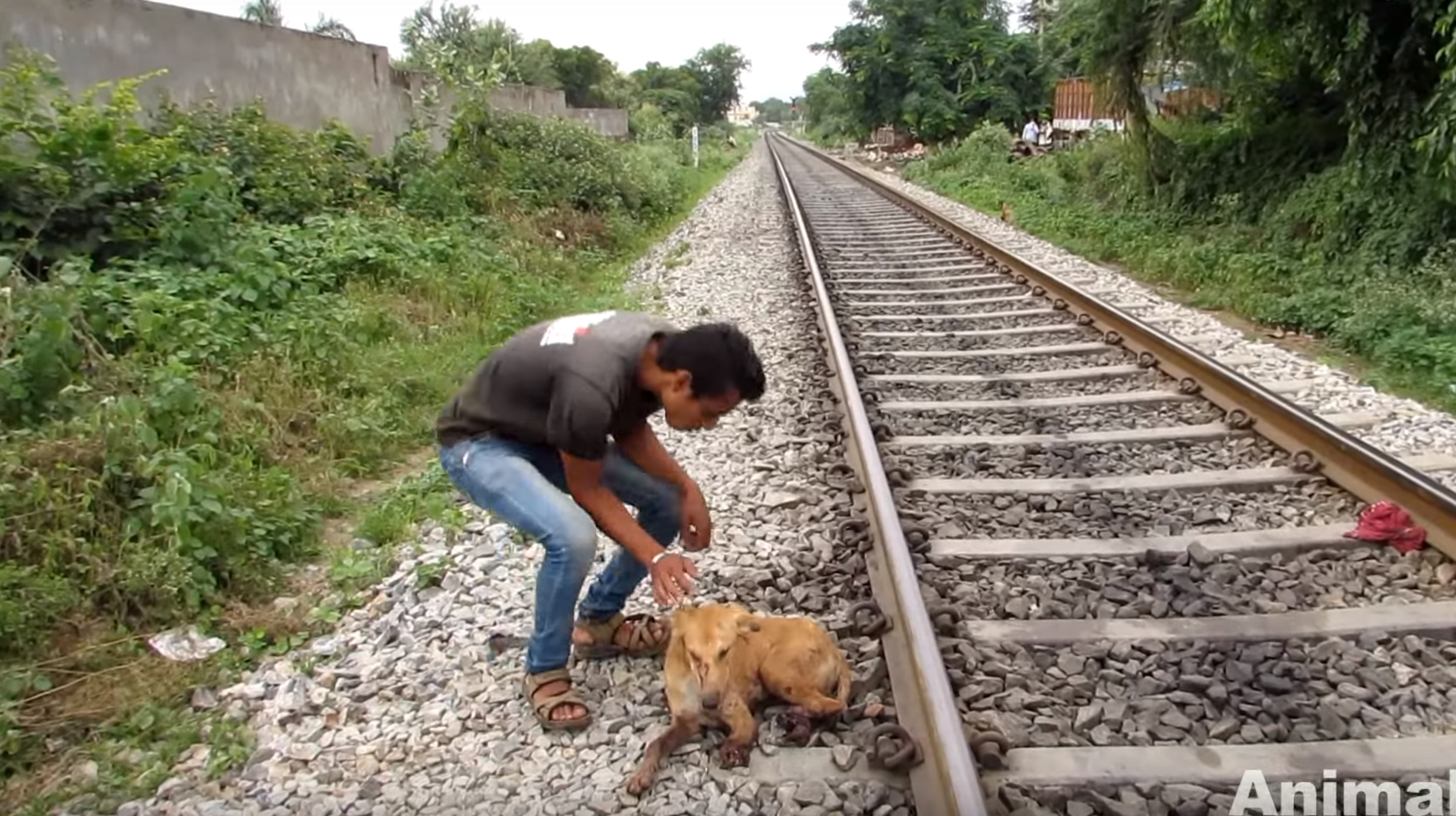 Upon arrival on the scene, volunteers found the dog in a pitiful state. It was like nothing they had seen before.

The accident must have been terrible: three of his paws were seriously injured and one of them was almost completely shredded.

(We have blurred the images because the injuries were so difficult to look at). 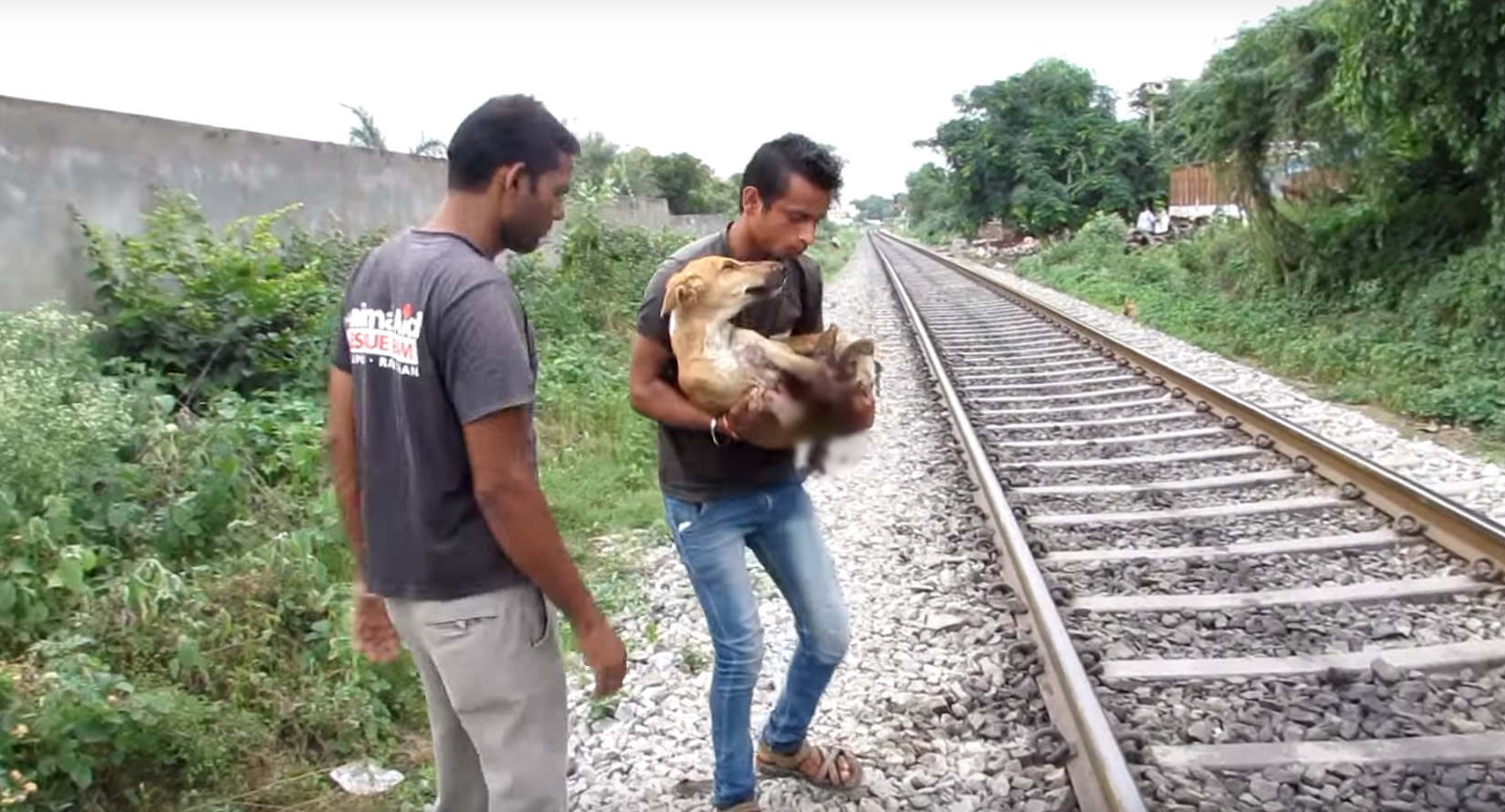 They didn't wait a moment to take him to the emergency room at the clinic. The volunteers said in the video:

We had never before rescued a dog so horrifically injured. With broken hearts, we thought we had to put him to sleep. 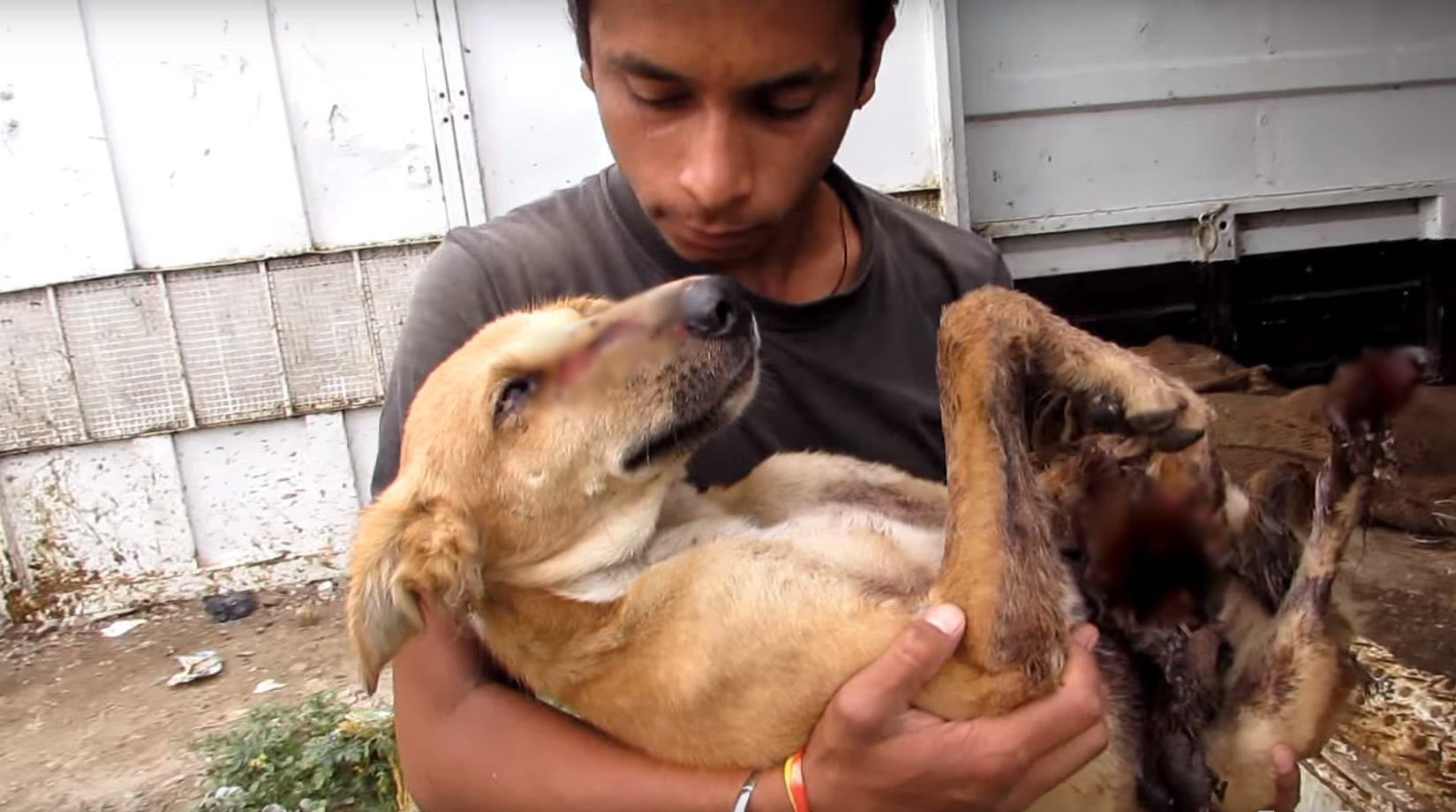 But a ray of hope remained…

The veterinary staff struggled around the operating table to make sure the dog made it out alive. His injuries were so serious that three of his paws had to be amputated. 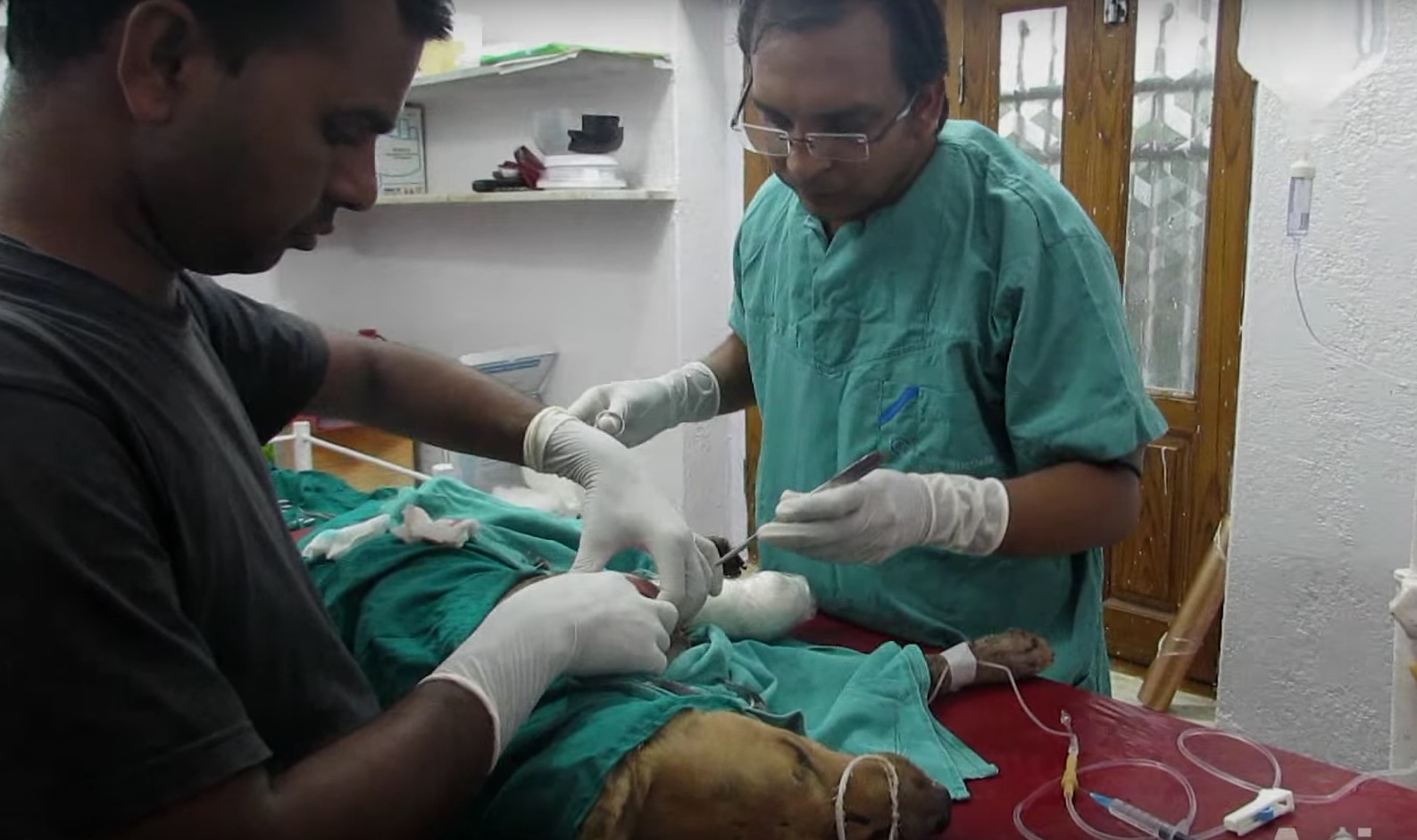 Finally, after five hours of surgery, the doctors revised their prognosis: Deepak (as the dog had been nicknamed) would survive, if he put up a fight!

And that's exactly what he did. Six months later, he is unrecognisable:

It's a real miracle. Deepak has completely recovered and rediscovered the pleasures of life (although he never really lost it in the first place)! 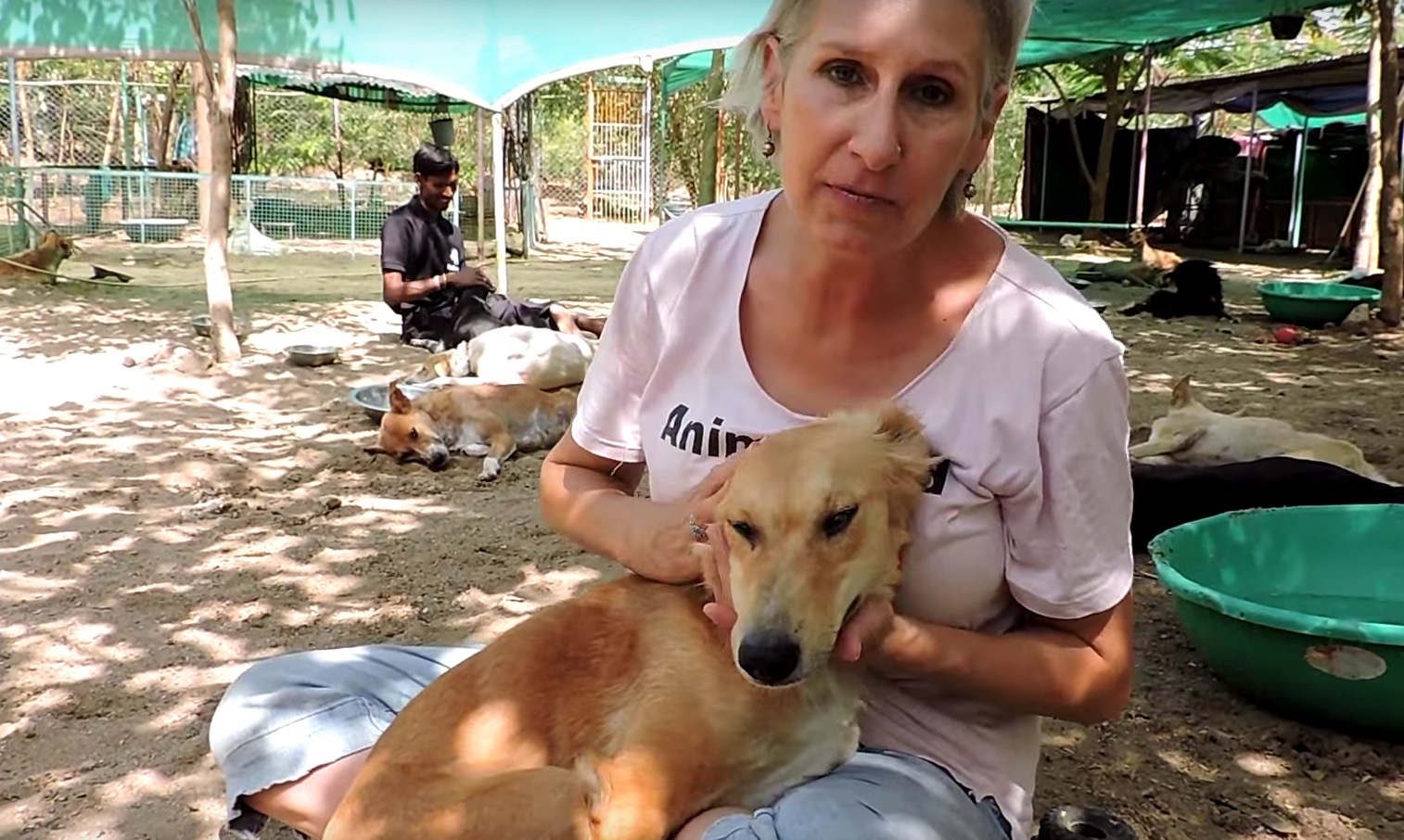 In spite of his disability, today he is living a full and happy life at the organisation's sanctuary, in the company of other dogs and volunteers who give him all the attention and love he deserves.

Deepak is even being given swimming lessons as part of his rehabilitation! 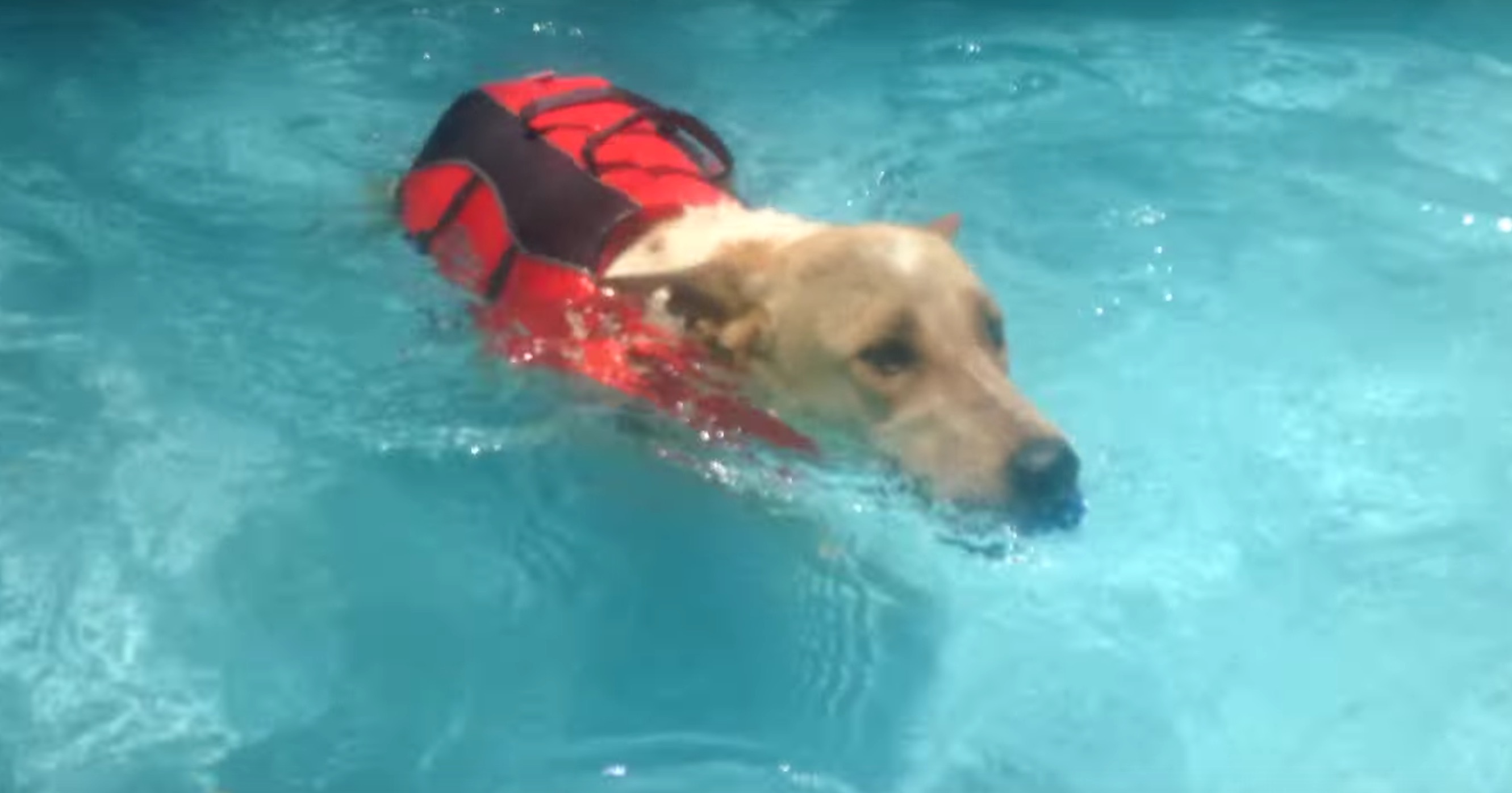