Last June, a young woman asked her boyfriend to get rid of his beloved dog, Molly.

The couple from Roanoke, North Carolina, had been dating for four years and wanted to move in together. But the young man clearly didn't realise just how much his girlfriend didn't like his pet Beagle, Molly…

His girlfriend refused to live with Molly the dog and gave her boyfriend an ultimatum: "It's me or the dog."

The choice was clearly not a hard one to make for the young man. And he decided to make it public.

He wrote a hilariously sarcastic advert on Craiglist putting his "dog" up for adoption. You won't be surprised to hear it went viral. 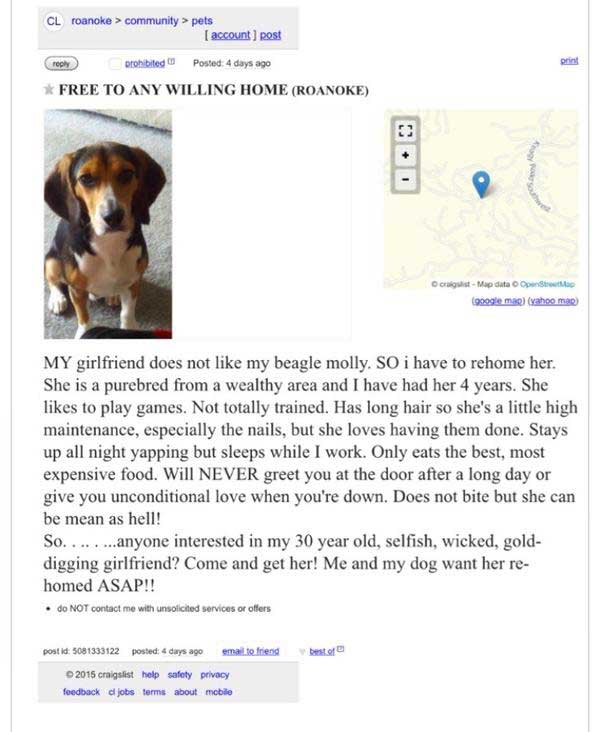 My girlfriend does not like my beagle Molly, so I have to re-home her.

It then makes sense to describe the attributes of his "pet":

She is a purebred from a wealthy area and I have had her 4 years. She likes to play games. Not totally trained. Has long hair so she's a little high maintenance, especially the nails, but she loves having them done.

Hang on now… Who's he describing?

He added, "Will NEVER greet you at the door after a long day or give you unconditional love when you're down."

And then getting to the heart of the matter, he proclaims:

So… Anyone interested in my 30 year old, selfish, wicked, gold-digging girlfriend? Come and get her! 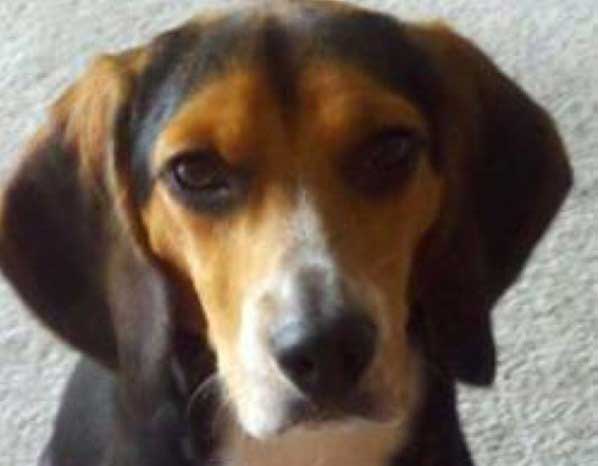 Looking at Molly's adorable face, we're not surprised he chose his best friend over his "wicked" girlfriend!

"Molly and I are looking for a new home," he finished.