Jumbo the hippopotamus has spent thirty years kept in captivity in a traveling French circus. 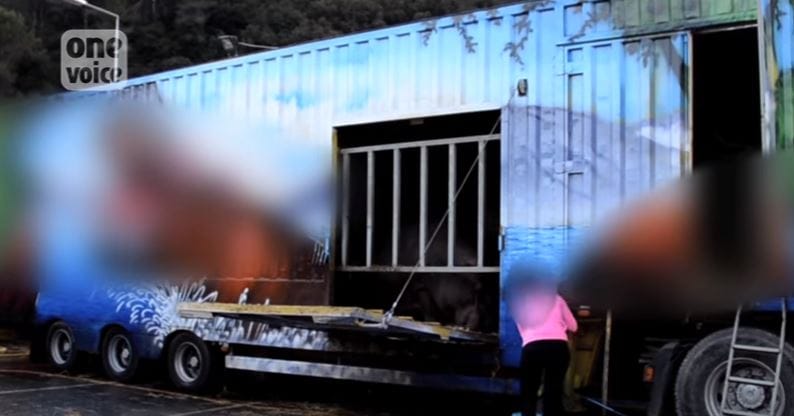 He is forced to live out his days in a tiny trailer attached to a lorry, only fifteen meters long and three meters wide, completely inadequate for the an animal of such a large size.

Sadly, Jumbo has no access to water and escapes the confines of his cage for only thirty minutes a day when he is showered with a fraction of the water he needs and is watched by visitors. 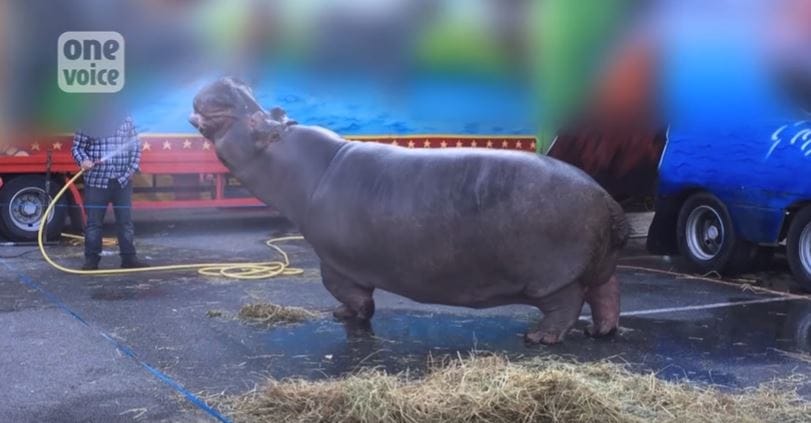 The huge creature is not fed nearly enough for his huge size. Hippopotamuses in the wild will eat a staggering 80 pounds of grass in one day as they cruise along lakes for hours.

An inquiry carried out by the French animal welfare association, One Voice, found that neither the physical nor psychological needs of the animal had been met. 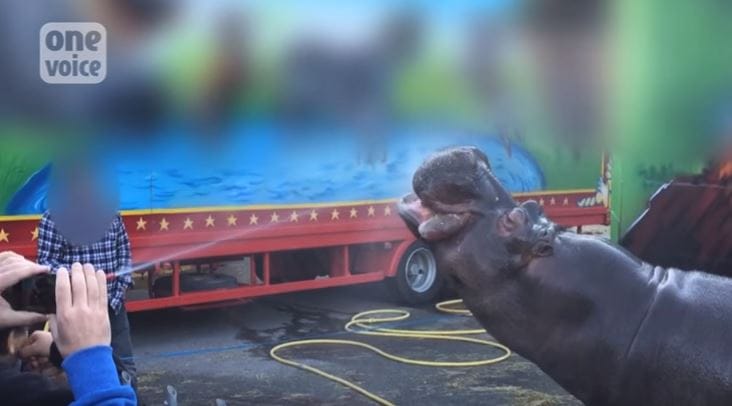 The life that Jumbo has been living for the last 30 years is not that of a hippopotamus. Isolated in his trailer, he takes 3 steps and drinks some water from a hosepipe to allow visitors to take a photo of him. A tragedy for someone who should be spending his days in a river with the rest of his pack.

According to the International Union for Conservation of Nature and Natural Resources (IUCN) red list, hippos are a vulnerable species, and their population is currently decreasing. One Voice has launched a petition to free wild animals, such as Jumbo, from circuses and is trying to take legal action against the circus where the hippo, along with five elephants, are trapped to free them immediately.

If you would like to add your voice to the cause, you can sign the petition by clicking here (in French).