Last September, in the United States, a group of adolescents rented a goat for $10 in order to "have some fun" at a birthday party where they gravely mistreated her, leaving her in critical condition. 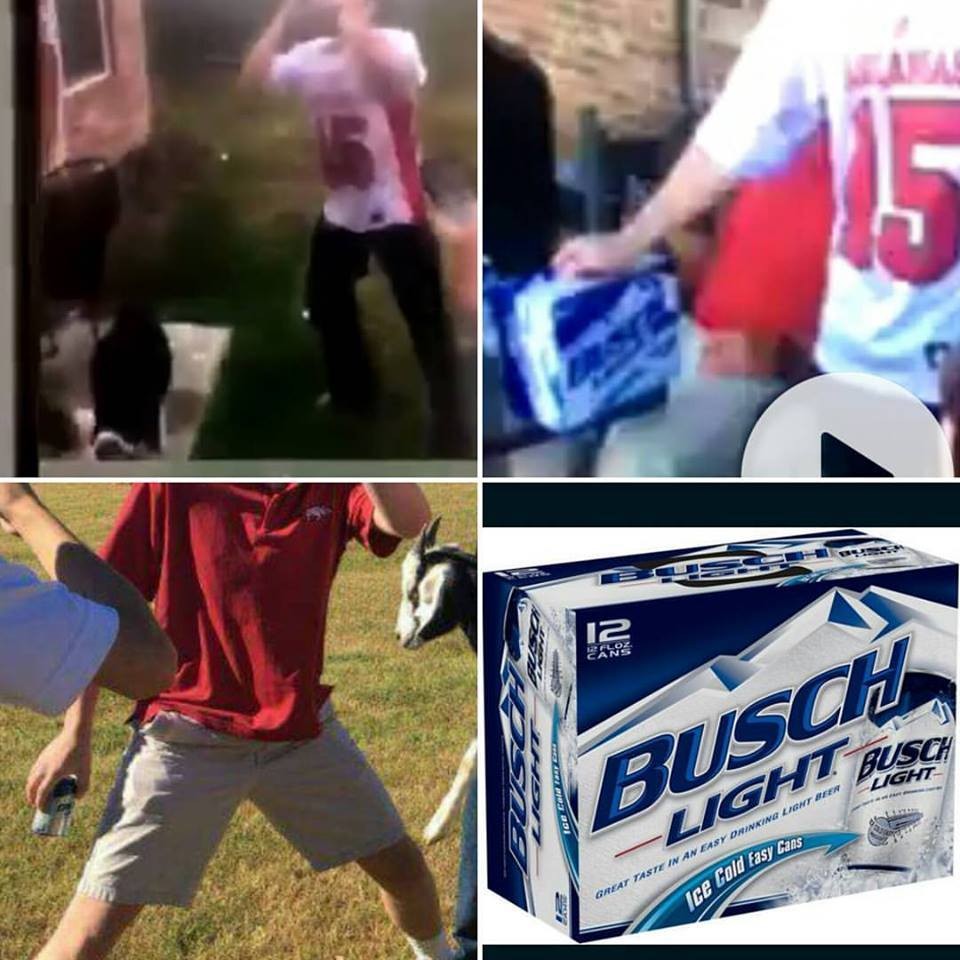 The animal was deeply traumatized when she arrived at the sanctuary Goats of Anarchy (GOA) in New Jersey a few days later. The baby goat, barely six months old, kept her eyes glued to the floor and refused to look at anyone. She was visibly terrified at the idea of being touched. 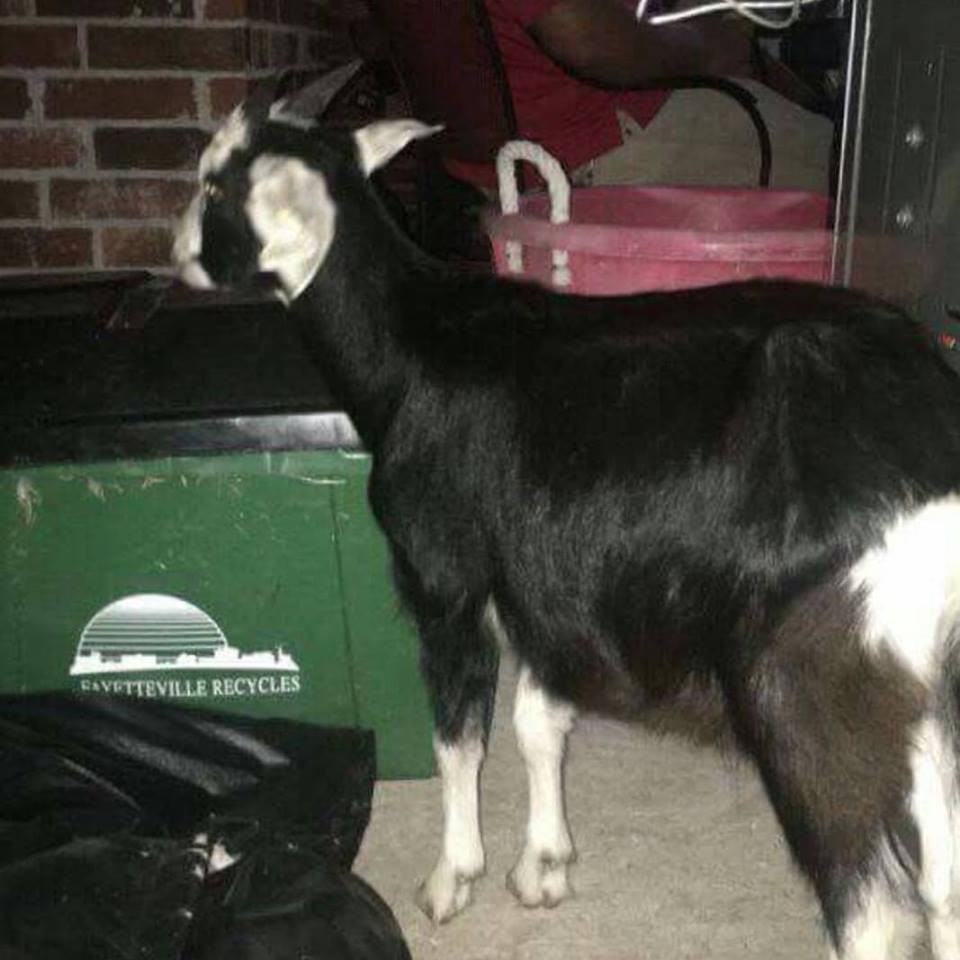 And for good reason: Grace lived through hell. A video published on Facebook by one of the youths present at the birthday party, which was organized by the high schoolers in Arkansas, showed several adolescents first opening their beer cans on the skull of the frail animal while one of them held her by the neck.

Various testimonies of people present at the moment of the events affirm that at least five of the guests "boasted of having forced her to swallow beer and cigarette butts." Texts exchanged confirmed this version of facts. 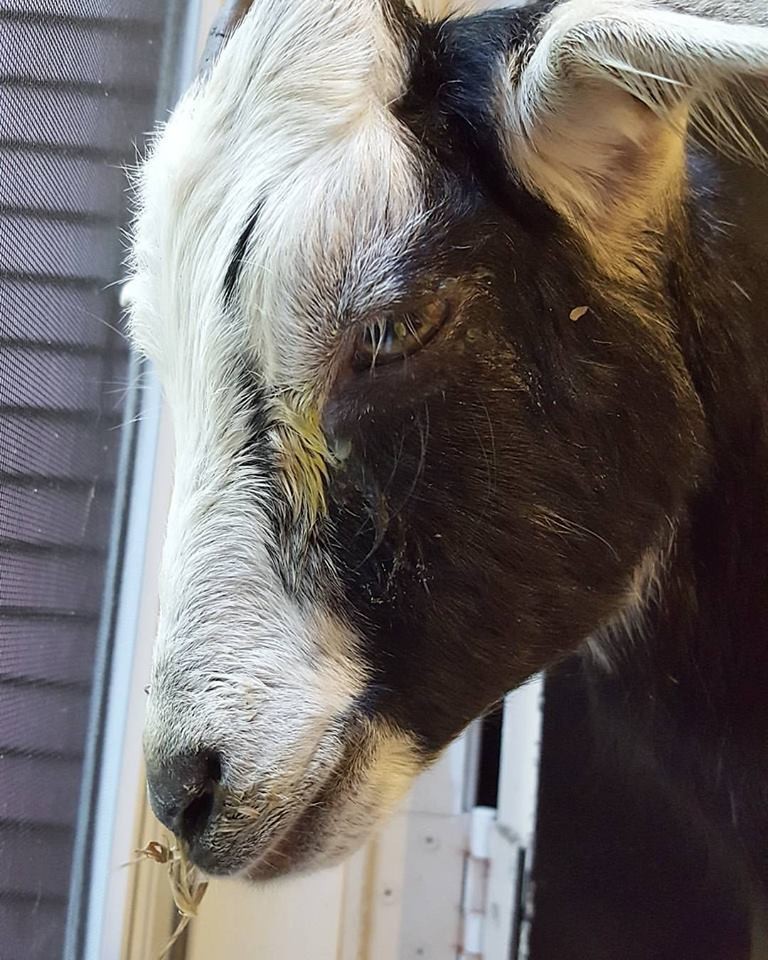 It was after stumbling upon this shocking sequence of events, which rapidly went viral on social media, that Leanne Lauricella, founder of the GOA sanctuary, learned of the incident and decided to open an investigation to find the goat, despite rumors that the animal was already dead.

So, only a few hours after the release of the video, Leanne was able to obtain key information (the boy's names, their high school, and the owner of the goat) which would permit her to find Grace. She explained to The Dodo: 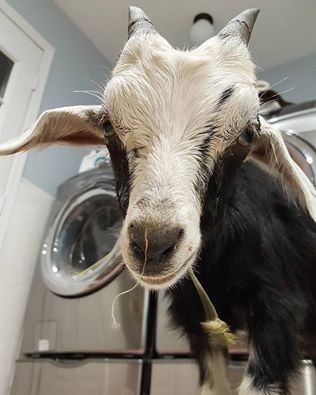 Leanne required however that the owner send her photos in advance to prove that the goat was still alive and that it was the same animal from the Facebook video. The owner claimed not to be able to do this as he was away from home.

Shortly after, Leanne was harassed via telephone by the high schoolers in the video, who claimed not to have hurt the goat and explained to her that the viral nature of the video was ruining their lives. They wanted to save their reputations at all costs, and these accusations could ruin their chances of getting in to a fraternity in college. Leanne explains:

Things started to escalate and I just thought, 'I need to get this goat now.'

The founder of the sanctuary resigned her desire to obtain the proof and sent a volunteer to recuperate the animal once the transaction was completed. Once there, the volunteer recognized the goat immediately thanks to a distinctive mark: a dark streak running down her face. 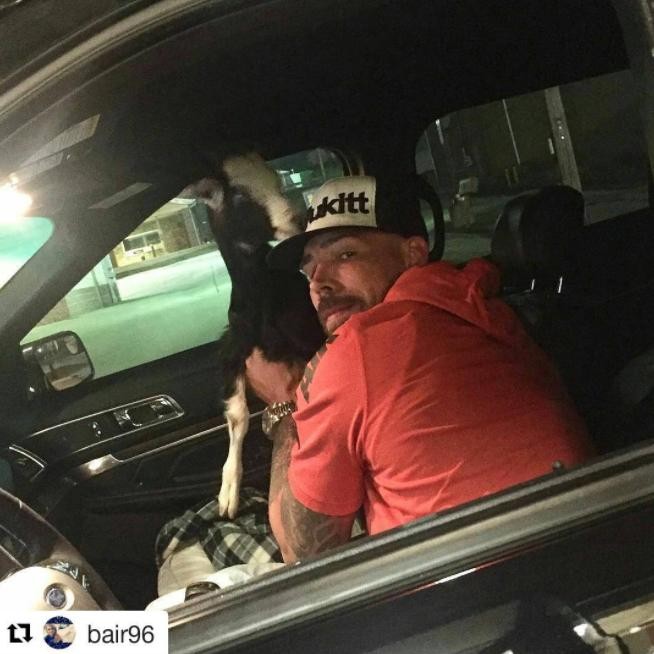 They left right away but had to interrupt their journey to bring her to the vet because she was in such terrible shape. The day after, when she arrived at the sanctuary, she seemed to be dying.

She was not moving, she was not drinking. She was so thin, it was only her skin and bone. I had to give her injections for penicillin and there was nothing even to inject into. No meat on her.

Grace was terribly sick. She suffered form a severe cough, a runny nose, and crusts around her eyes. Thankfully, when Leanne put out hay for her she began to eat with abandon.

The whole first day she ate and she did not stop eating. It was clear that she wasn't skinny because she didn't want to eat. It seems like she was starved. 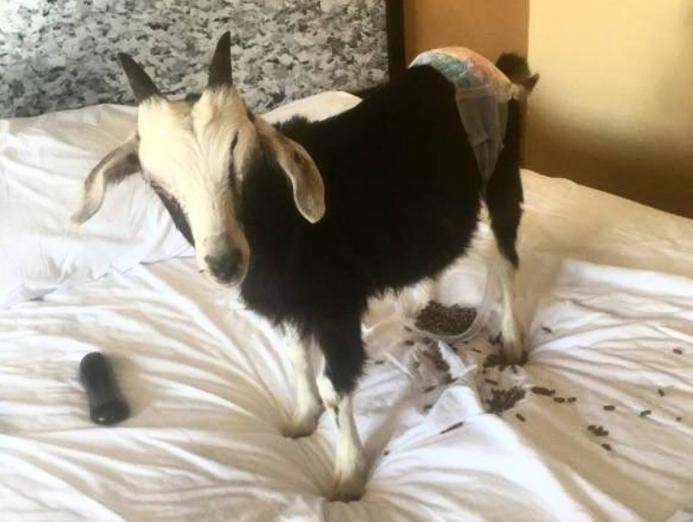 After one week in the sanctuary, Grace's weight had doubled. Her eyes had regained their spark, she lifted her head, and wiggled her ears. She continues her recovery thanks to the team at GOA, who take great care of her.
According to 5 News, a local media station, a school authority from Fayetteville High School, where the adolescents in question went, does not have the intention of filing reports against them for animal cruelty. He claims there is a lack of evidence since the goat is now safe and sound. 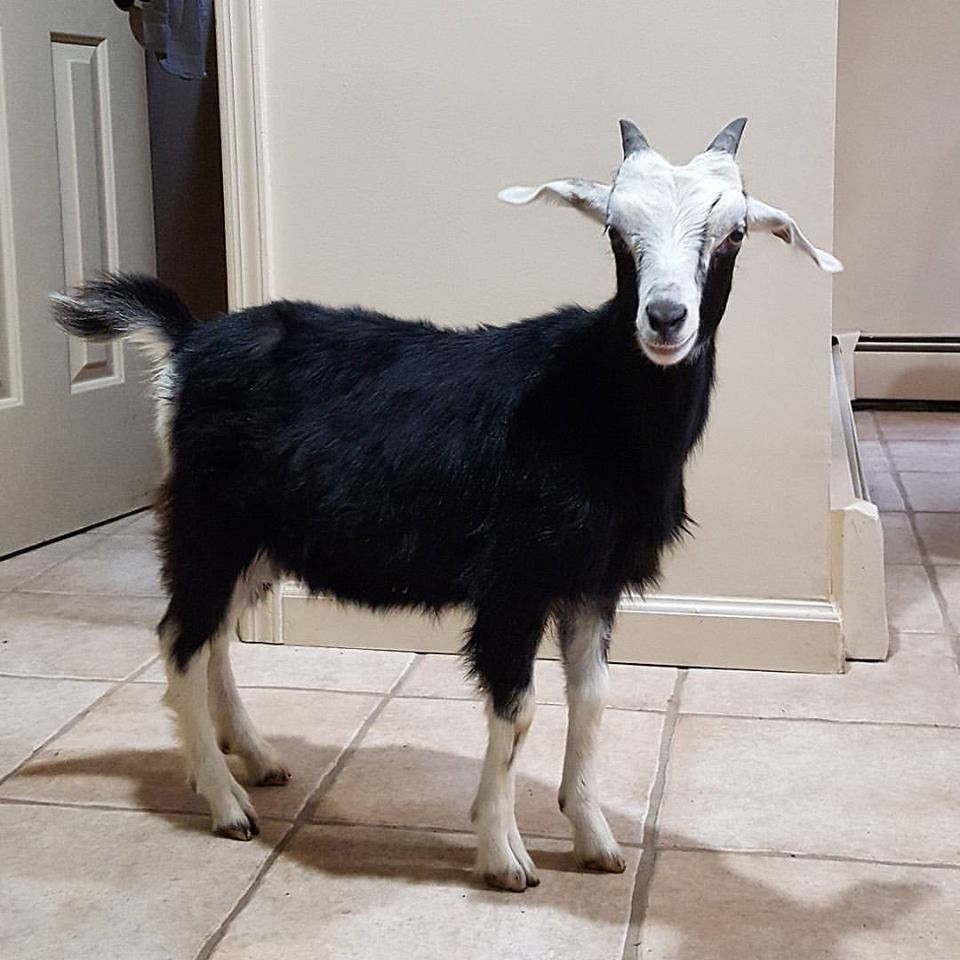 The police managed to send the reports to a juvenile judge who will determine if any charges can be brought against the minors. To assure that sanctions are taken against them, Leanna launched a petition to persuade the police to hold the children and high school responsible. She hopes to show the tragic consequences that this type of action can have on the lives of animals. 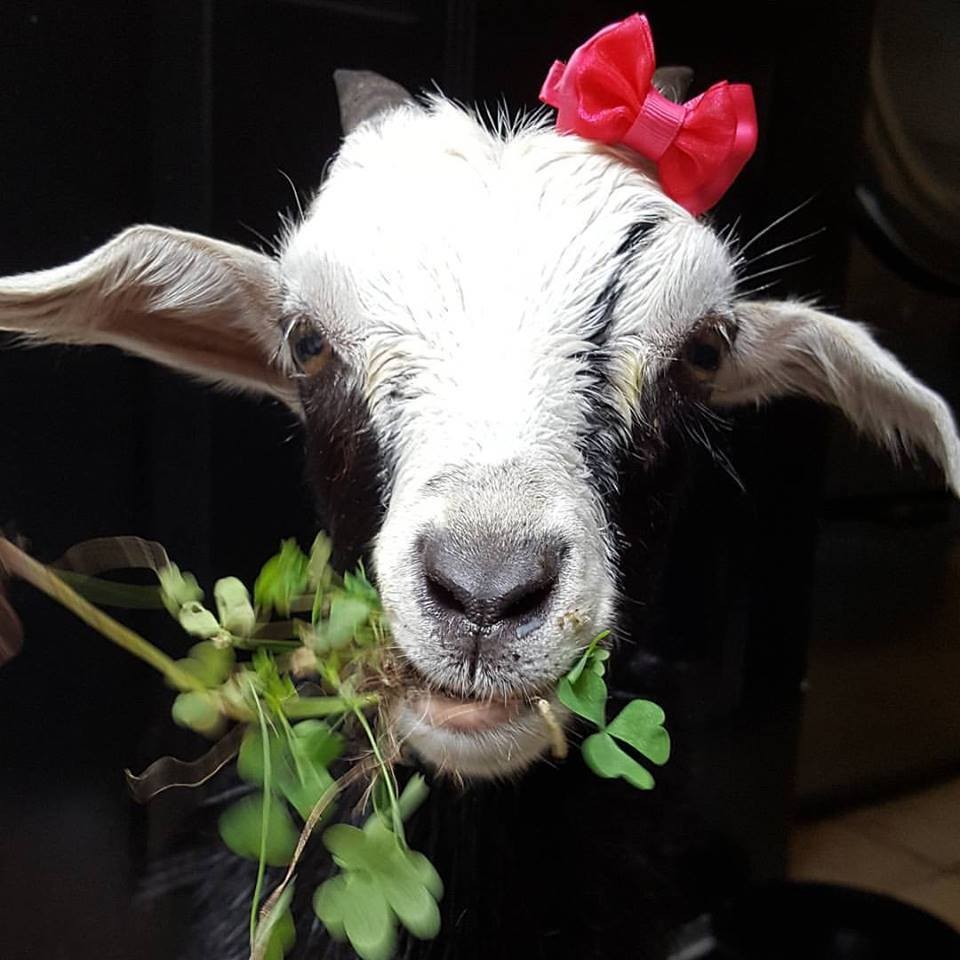 You can also sign the petition here. To support the volunteers at the sanctuary and help take care of Grace and the other number of animals who have also been victims of human cruelty, you can make a donation here.

Grace hears her new friends. Can't wait for her to meet them all! She's getting better every day! Please continue to protest peacefully, sign and share our petition. #justiceforgrace

Published by GoatsofAnarchy on Sunday, October 2, 2016