A cluster of 60 kittens are alive today because of the heartwarming actions of shelters across the US, reports NBC Connecticut.

Summer is kitten season, which means that many shelters become overwhelmed with the tens of homeless felines they suddenly have to care for. This was the case for one shelter in Tennessee, which found itself out of space, money and food with over 100 cats and kittens to look after. 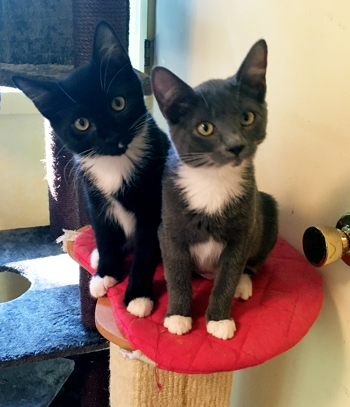 The situation was looking bleak. Most of the kittens were too young to be adopted, so they were faced with a decision; euthanize 60 of the tiny cats, or hope for a miracle. In a last ditch effort to keep them alive, shelter volunteers called a number of rescues in other states, including Kitten Associates, a small, home-based rescue in Newton, Connecticut.

Although small and far away, the association leapt into action, co-ordinating with rescues across the US to make sure that every kitten would have somewhere to go – with only 12 hours to go before the kittens had been scheduled for euthanization.

Remarkably, every single one of the 60 kittens were saved from death's doors, with 13 going to the heroes at Kitten Associates. Founder Robin Olsen shrugged off praise:

We always want to help our local cats first, but if somebody somewhere else needs a hand, I’m going to give it to them.

Estimates by the American Humane Society state that around 3 or 4 million animals are put down in shelters every year, many of them in places where there are less resources for spay and neuter programs. 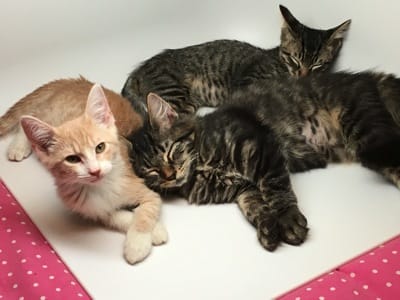 Many of these animals will be completely healthy, but with shelters under pressure to find places for more animals than they can look after, some must be put down so that the survivors can be cared for properly. Olsen continued:

It’s just this humungous never-ending population explosion and the resources they have can’t keep up with the demand no matter what they do.

The 13 kittens Olsen rescued have settled in nicely to their foster home, and have been spayed and neutered to prepare them for their forever homes. Nicknamed the 'Sweet Superheroes', one of the kittens was named by NBC viewers in a poll and eventually called Maximus, beating out other options Captain Ameowica and Thor.

We hope you'll join us for #ClearTheShelters on 8/19, sponsored by NBC Connecticut and BMW of Watertown and Companions &…

One has already been adopted and the rest are hoping to find homes at Clear the Shelters, an adoption drive taking place on August 19 across several states.

Stories like this show how important it is to spay and neuter your pets, to prevent shelters from having to put down healthy animals because of overcrowding. If you would like to follow the 'Sweet Superheroes' and help carry on the work done by the Kitten Associates, you can visit their Facebook page or website to make a donation!