Shotzie is a chubby 11-year-old grey cat living with the Miller family in the US.

She's dozy and doesn't really venture out much, preferring to stay instead with her family.

She's not the kind of cat you'd expect to be a hero.

Brandy Miller, whose parents live with Shotzie, described her personality to The Dodo:

She’s not really a people cat. She doesn’t like being around anyone except for my mom and my stepdad, Kirk. If anyone comes over, she usually hides.

And yet when her dad needed her, Shotzie stepped up and saved his life. 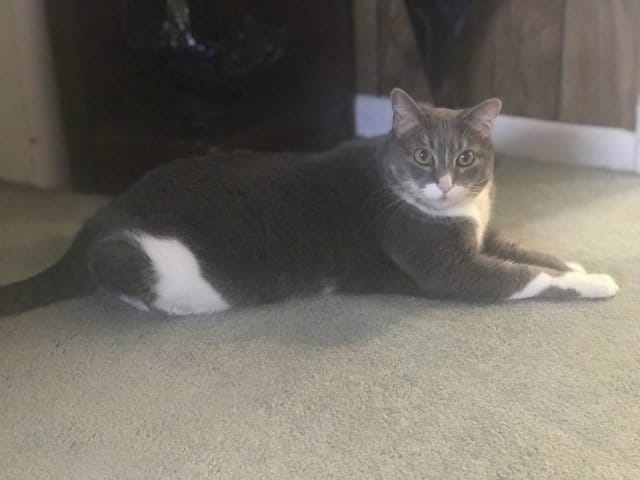 Brandy Miller, whose parents own Shotzie, described the dramatic incident to The Dodo:

My stepdad was getting ready to leave for work — he leaves for work at 4 o’clock in the morning. I think he had just fed [Shotzie], and he was going to the door and he had this massive heart attack. He fell back and hit the ground.

Shotzie immediately knew she had to do something, and didn't waste a second getting her human the help he so desperately needed.

Miller described what happened next to The Dodo:

She ran back in the bedroom, jumped up on the bed, slid across her comforter, pounced on [my mom’s] head and let out the biggest roar to wake her up. She said, ‘Shotzie roared like a mountain lion.’ She said it was an extremely loud and deep growl to get her up and get moving.”

Brandy's mum Tammy had never seen Shotzie behave like this before, and immediately knew something was wrong.

After following Shotzie into the living room, she found Kirk lying unconscious, and quickly began CPR. Brandy told The Dodo:

She immediately started CPR on him, but couldn’t get a response from him. She got the firefighters there, and they had to shock him three times, and they finally got a heartbeat from him. 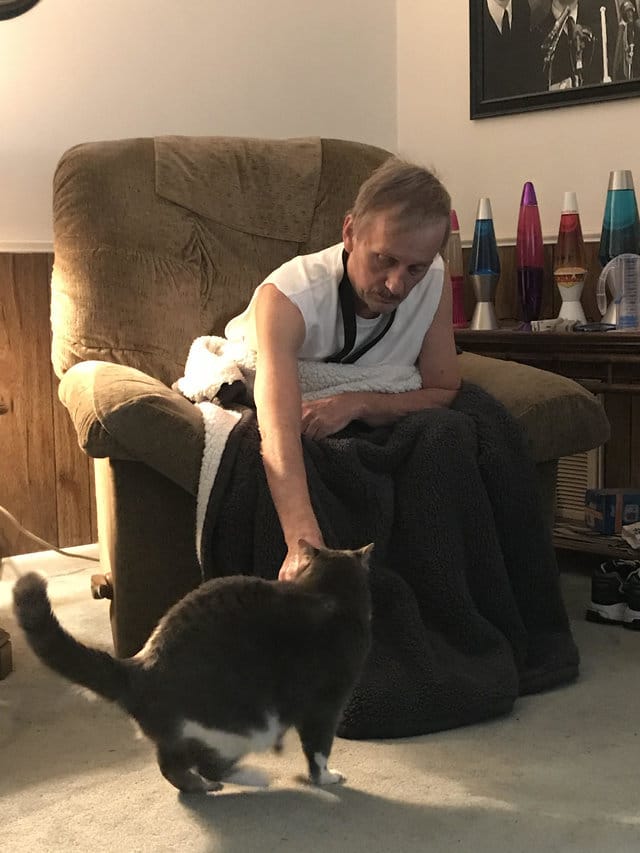 Kirk was rushed to hospital and stabilised, all thanks to Shotzie's quick-thinking.

He's now resting at home, with Shotzie by his side. Kirk is so grateful he can't help but spoil her a little:

He’s been feeding her like it’s going out of style … and they’re making sure she’s living in style. He is so glad they have her.

Shotzie's story just goes to show that although cats may not always be vocal about their love for their humans, deep down they care a lot!