Over the last few weeks, several photos of 'blue dogs' in Mumbai, India have appeared on the web. Those posting the images assured online users that they were real and that there really are blue dogs in India's busiest city. 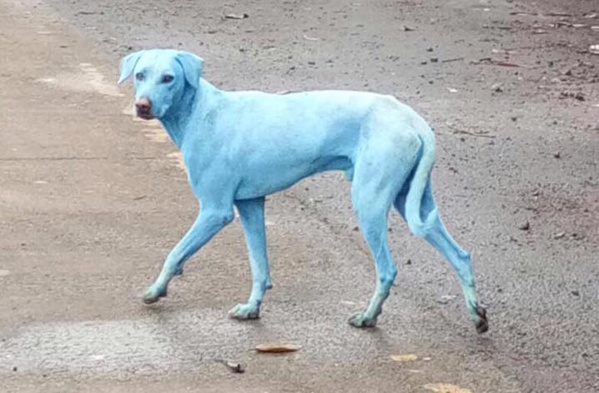 The debate over the authenticity of these photos went on for several days as they seemed too bizarre to be true. However, they were soon proven to be real and unedited. Several animal welfare groups then began to try and figure out what was causing these blue dogs and discovered the sad reality.

For several years, industrial activity in Mumbai has produced a lot of chemical byproducts, including extremely toxic chemical colorants which have been dumped in the river Kasadi, where many stray dogs go to look for food. 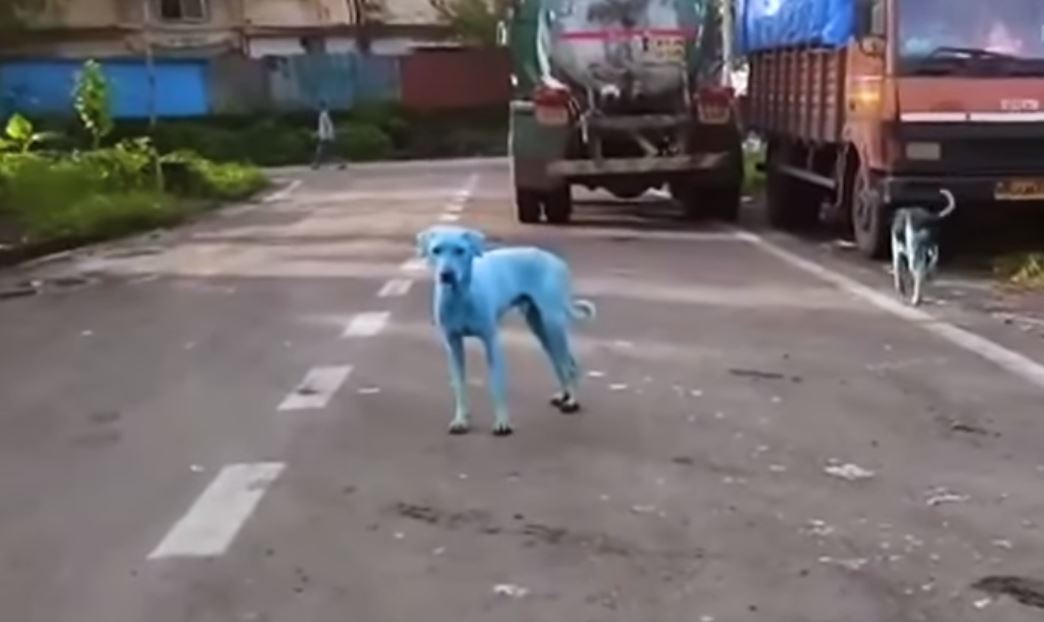 Arati Chauhan, director of Mumbai Animal Protection Cell expressed her anger at the situation to the local news journal The Hindustan Times:

It was shocking to see how the dog’s white fur had turned completely blue. We have spotted almost five such dogs here and have asked the pollution control board to act against such industries.

Anil Mohekar, the regional officer of the Maharashtra Pollution Control Board (MPCB), confirmed that an inquiry was underway:

Allowing the discharge of dye into any water body is illegal. We will take action against the polluters as they are destroying the environment, We have directed our sub-regional officer to investigate.

Sadly, one of the dogs affected has become blind as a result of the toxicity of the chemicals in the water. Local animal rights associations fear that the damage caused by these toxic chemicals, turning the dogs blue, may be irreparable, and that other species may have also been affected:

We have only spotted blue dogs so far. We do not know if birds, reptiles and other creatures are affected or if they have even died owing to the dye discharged into the air.

The 'blue dogs' have now been taken in by the Indian SCPA (the equivalent of the ASPCA in the US and the RSPCA in the UK) where they will receive the care that they need.