In 2013, Zongoloni, an 18-month-old elephant, was found wandering the bush in Kenya with her mother, who was stumbling and clearly injured. 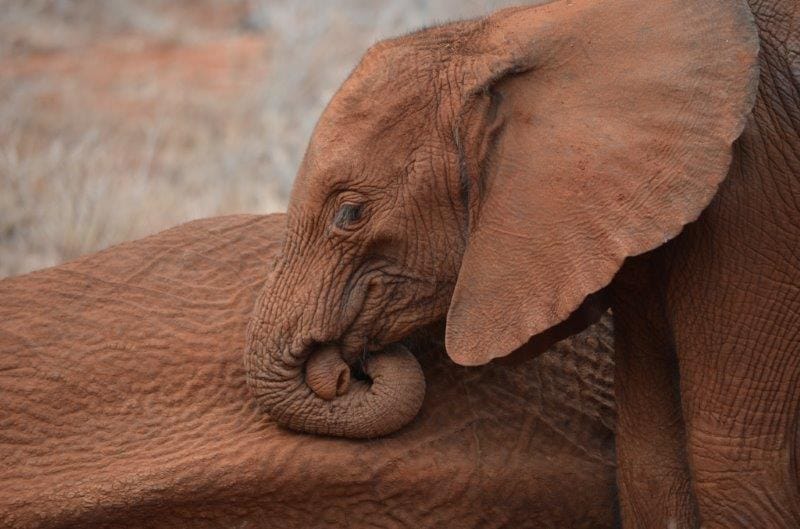 Rescuers from the David Sheldrick Wildlife Trust (DSWT) and the Kenya Wildlife Service Tsavo Mobile Veterinary Unit rushed to the scene to offer any help they could.

Sadly, the mama elephant had been shot by a poacher, shattering her leg. She had clearly been targeted for her tusks.

The team knew they couldn't do much to help her, but they gave her some medicine for the pain and to ward off infection. 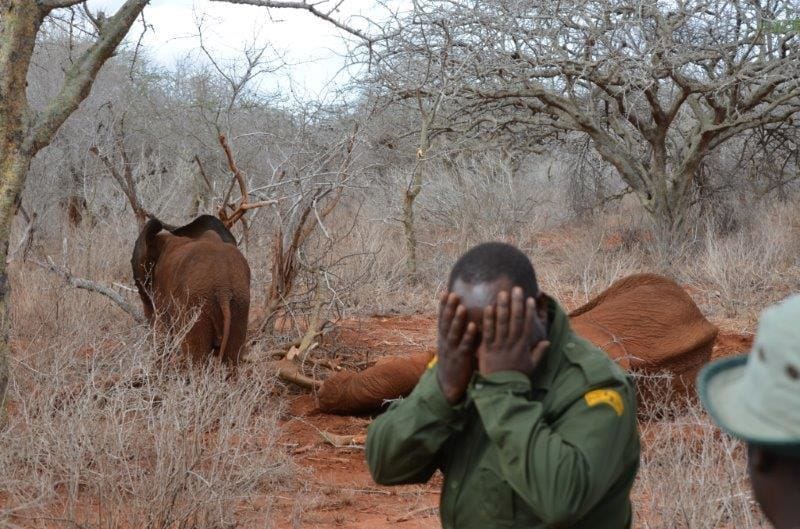 Although the team did all they could, the prognosis was relatively poor as she was struggling to walk far and with a young calf. This was a very difficult position to be in.

After wandering for a total of three weeks with the bullet lodged in her leg, she finally collapsed from the pain.

Baby Zongoloni did her best, and scared away any animals who tried to approach. The heartbroken calf stroked her mother with her trunk, in an attempt to comfort her. 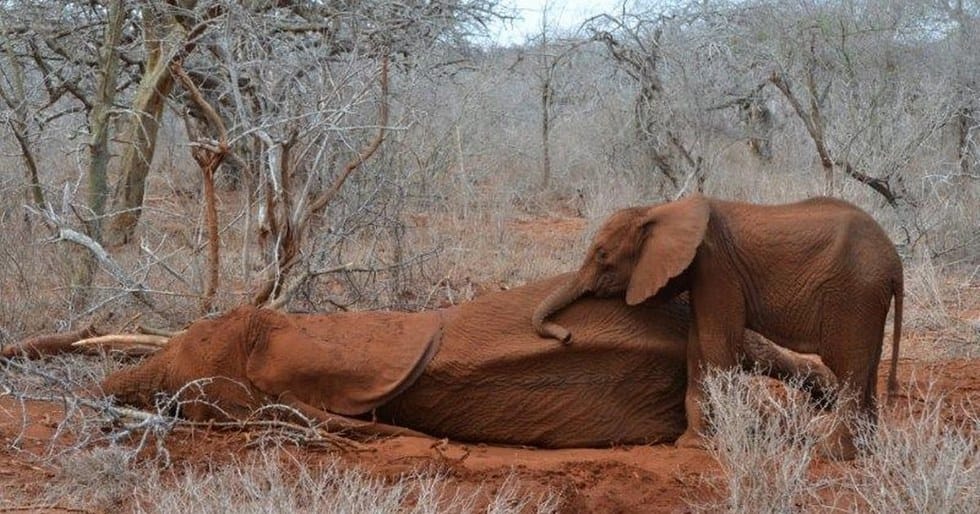 She quickly became weak though, without access to her mother's milk, but thankfully the rescue team returned to check on her.

The saddest part was knowing that when we found her collapsed, both mother and calf had been without food or water for some time as the bullet wound had left her almost completely immobile. This agony, pain and heartbreak had been caused from a single bullet. Zongoloni's mother was clearly targeted for her ivory tusks.

They brought the baby elephant to the DSWT sanctuary, as they could no longer save her mother, but she proved to be aggressive and wouldn't drink from a bottle. 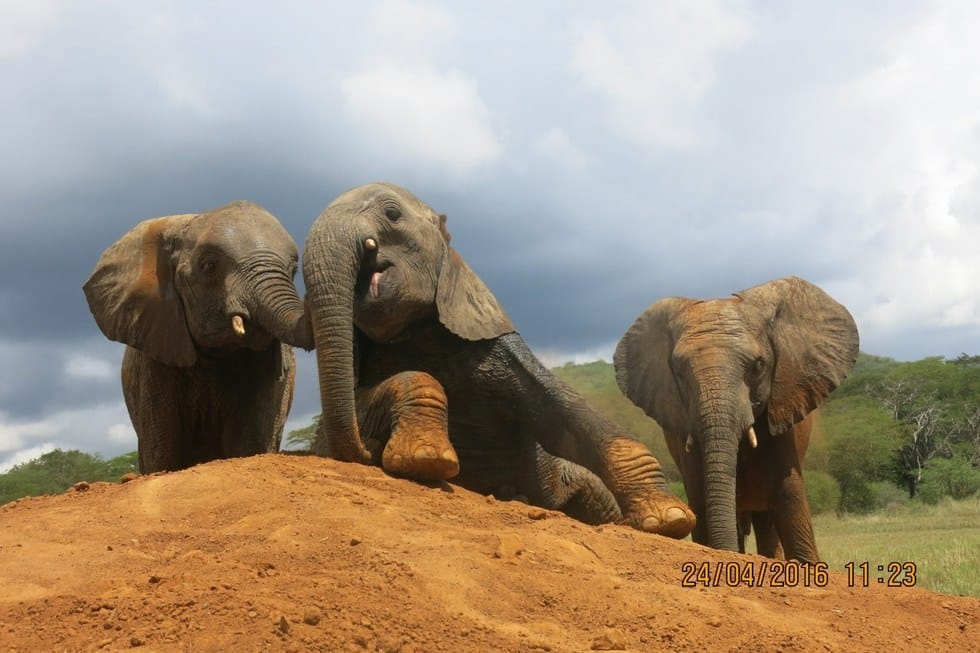 She was clearly confused and grief-stricken about the loss of her mom.

Soon though, she met the other orphaned elephants in the sanctuary, and finally began to feel at home once again.

Zongoloni had a very clear recollection of her upbringing and time with her mother in the wild. To help with her emotional stress, we would bring the other orphans to feed just outside of Zongoloni's stable so she could feel part of the orphan herd. This helps immeasurably with all new arrivals and gives them a sense of belonging once more. 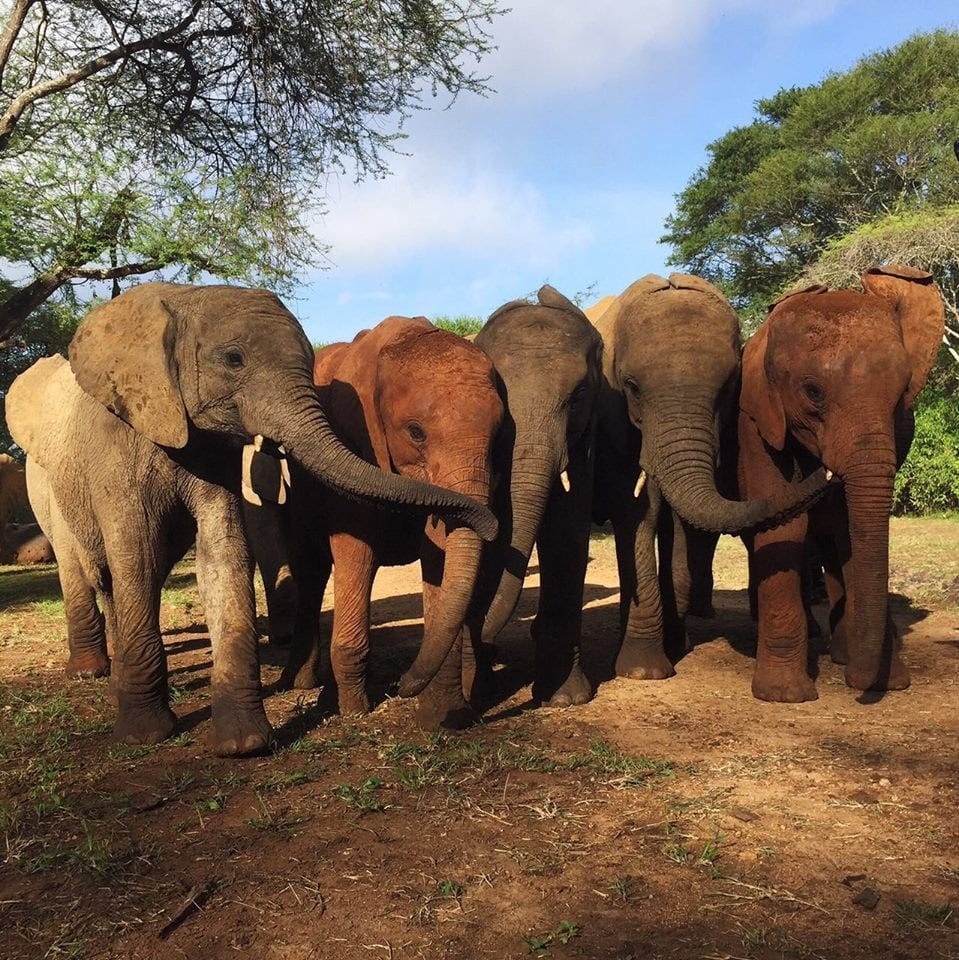 Now, four years later, the elephant has fit right in with her fellow pachydermes. And even more reassuring, is she's preparing to be released back into the wild.

Zongoloni will one day return to the wild and begin a family of her own. Man took away her mother's life and we are determined to give Zongoloni the wild life she truly deserves.

If you would like to help other orphaned elephants like Zongoloni, you can donate to DSWT, here.