This dog may seem a little ridiculous at first glance. But there's a sad truth behind his incredible appearance.

The black Shih Tzu was found in a ditch in Windsor in the south-east of Canada, covered in more than 3kg of filth. 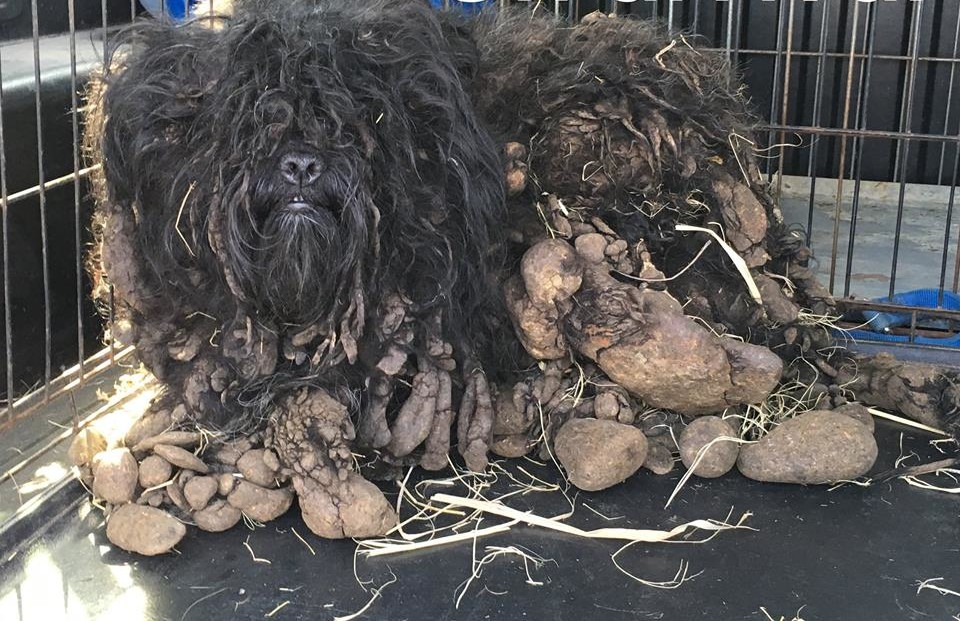 His coat was matted with dried-up faecal products and other waste which had accumulated over time to form hard, compact pieces.

When they rescued him, he was found alongside another smaller dog who was also in a terrible state. The members of the animal rights organisation Humane Society think the poor pups came from a puppy mill or some other dog breeding centre.

A few days beforehand, the NGO had received a complaint about a "suspicious" house in Windsor. One of their volunteers hurried there to investigate, leaving a note on the door. About 10 stray dogs in very poor health were later found in the surrounding areas.

Melanie Coulter, director of the Humane Society of Windsor/ Essex, confirms that a total of 14 dogs resembling the black Shi Tzu were found abandoned in the same area during this period. They were all in an "extremely worrying physical condition" and have since been treated by the organisation's vets. 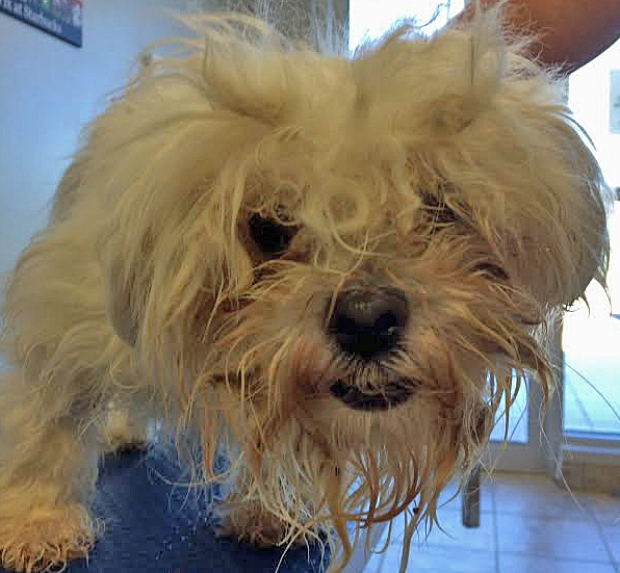 In a Facebook post on June 10, the Humane Society suggests they have identified the owner of the dogs, who admits to having abandoned a certain number of them. The investigation is still underway.

The poor, filthy Shih Tzu is unrecognisable now: the team of vets has shaved off some of his hair, relieving him of 3kg of filth. He is adorable once more and will soon be available for adoption. 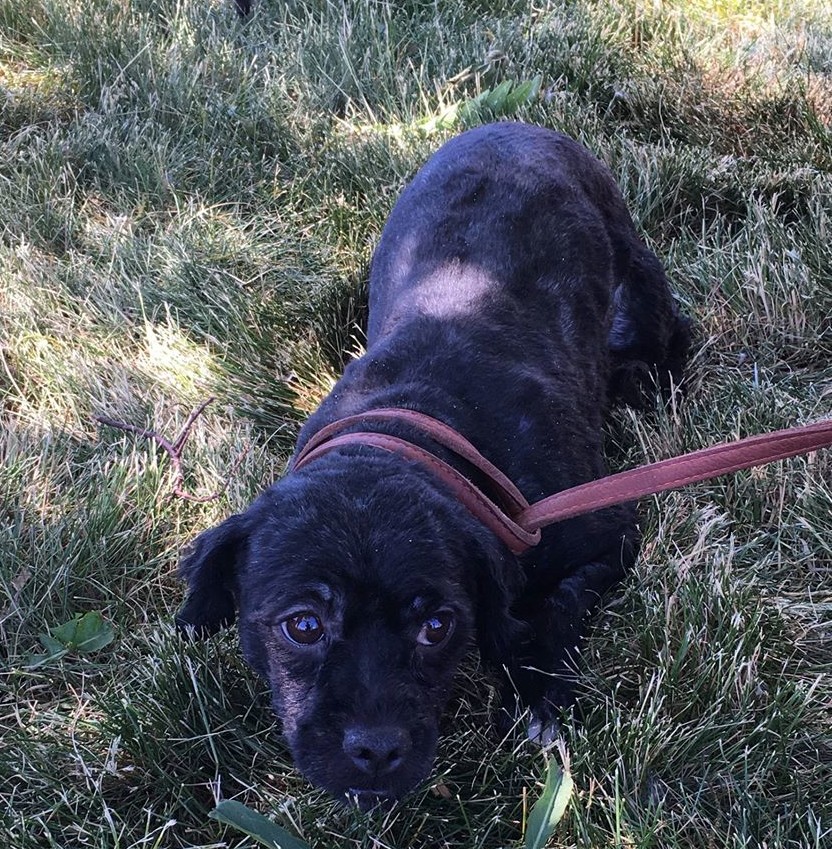