It was hot outside, and even hotter inside this car when a man decided to break in.

Through the window he had seen the adorable white ball of fluff really struggling in the extreme heat of a Saturday in June. 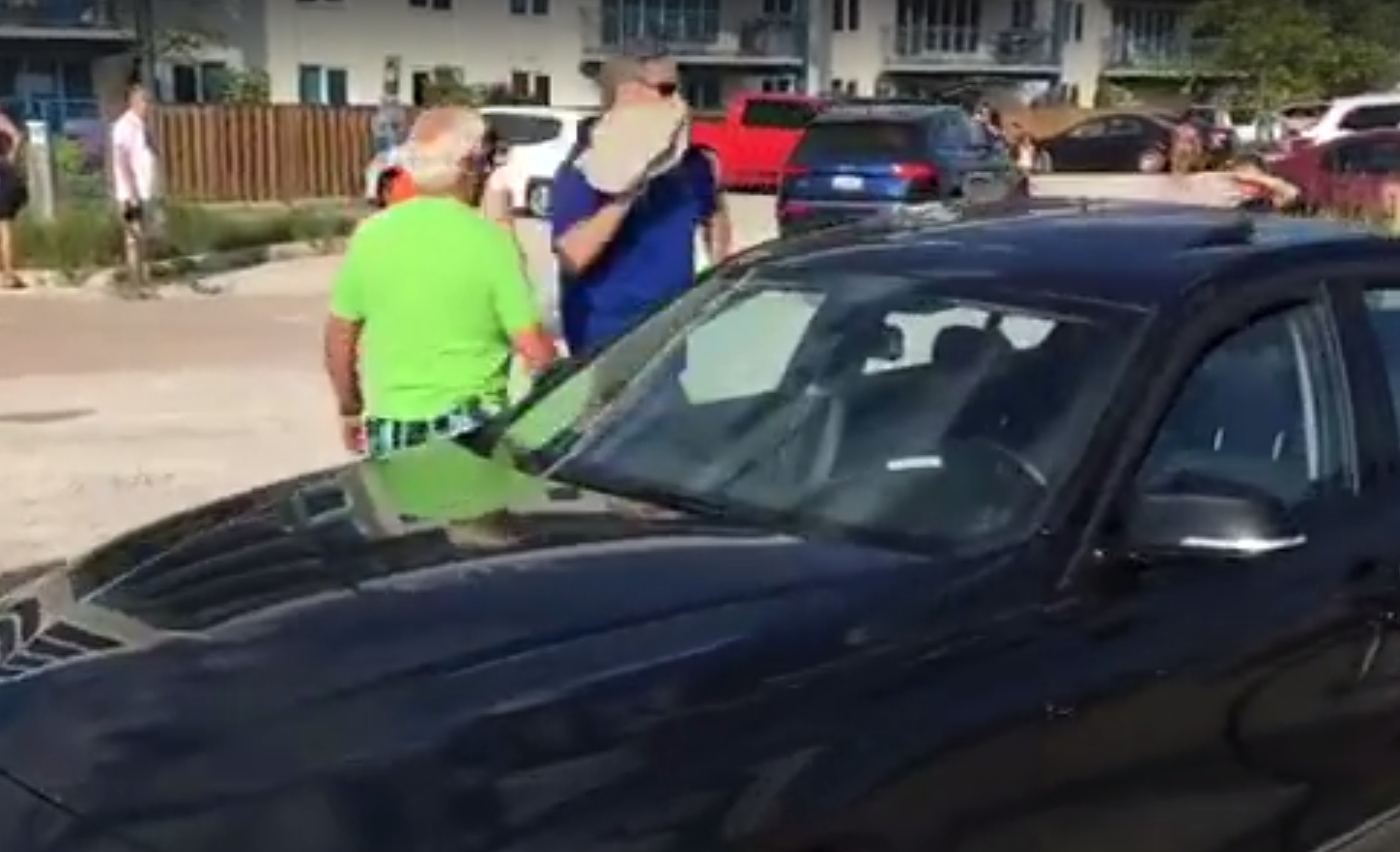 At the campsite in Grand Bend, Ontario, temperatures had soared to 30 degrees during a music festival.

The man didn't wait a second, taking matters into his own hands. 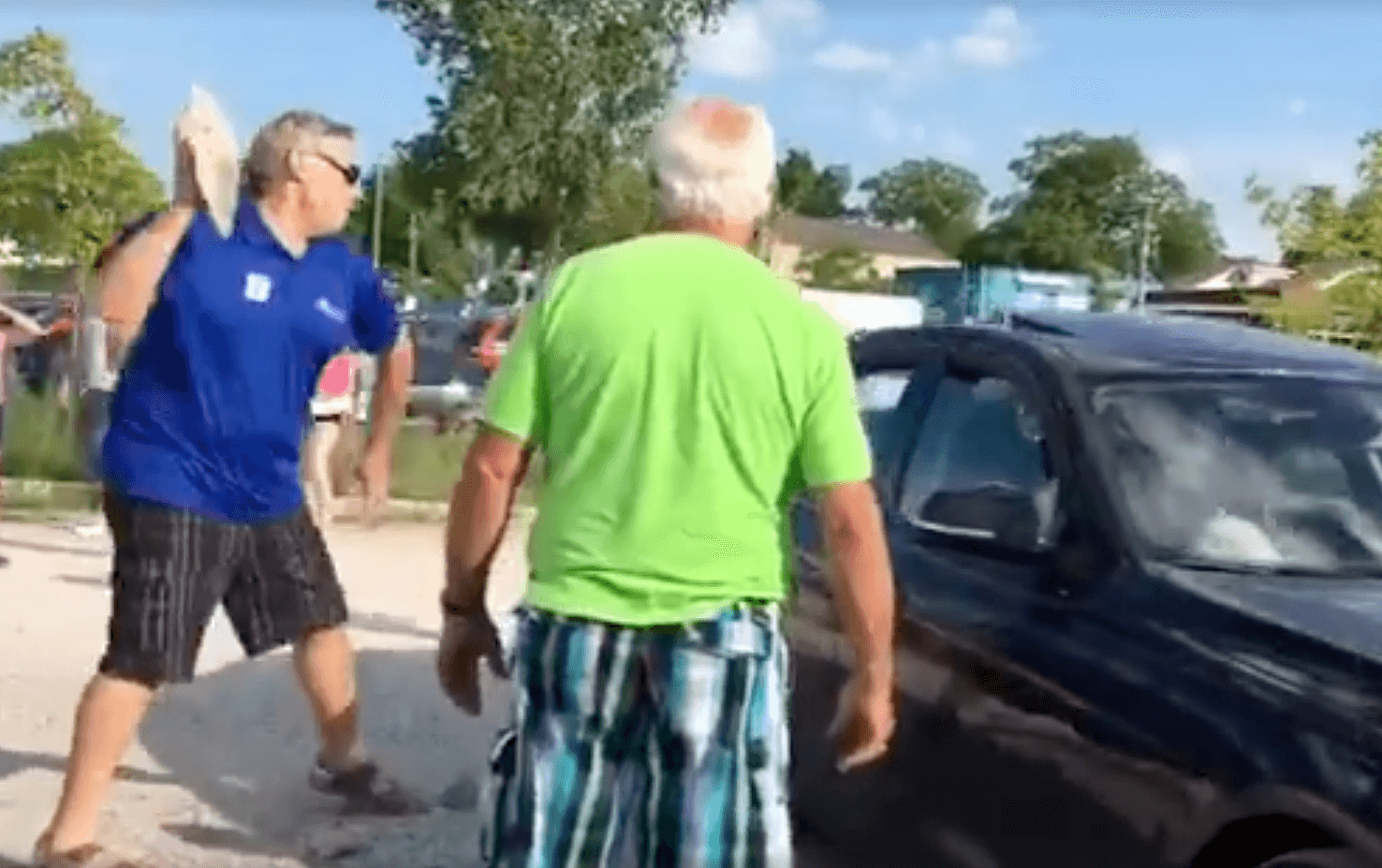 He struck the window repeatedly with the rock, urged on by the crowd that had started to gather around him, until he finally managed to break through. 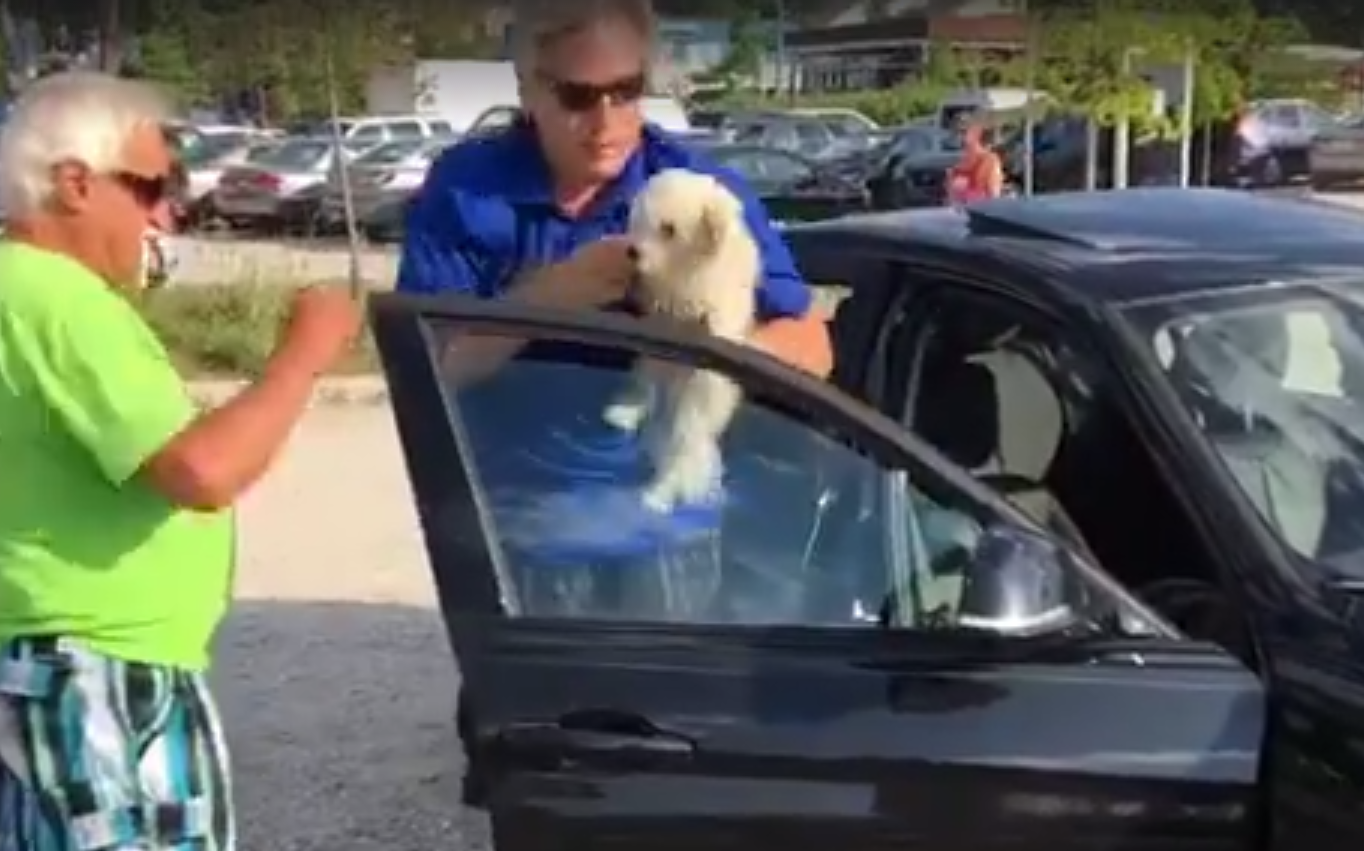 Nobody has yet identified the dog's kind-hearted saviour, but Will Costa posted it on Facebook. He tells The Dodo:

There was a music festival happening and the announcer mentioned there was a dog in a hot car and for the owner to let the dog out. No one came after a while so everyone got together to solve the issue.

And the dog was clearly overjoyed to be out of the heat. The adorable pup goes crazy with the attention the crowd gives her! 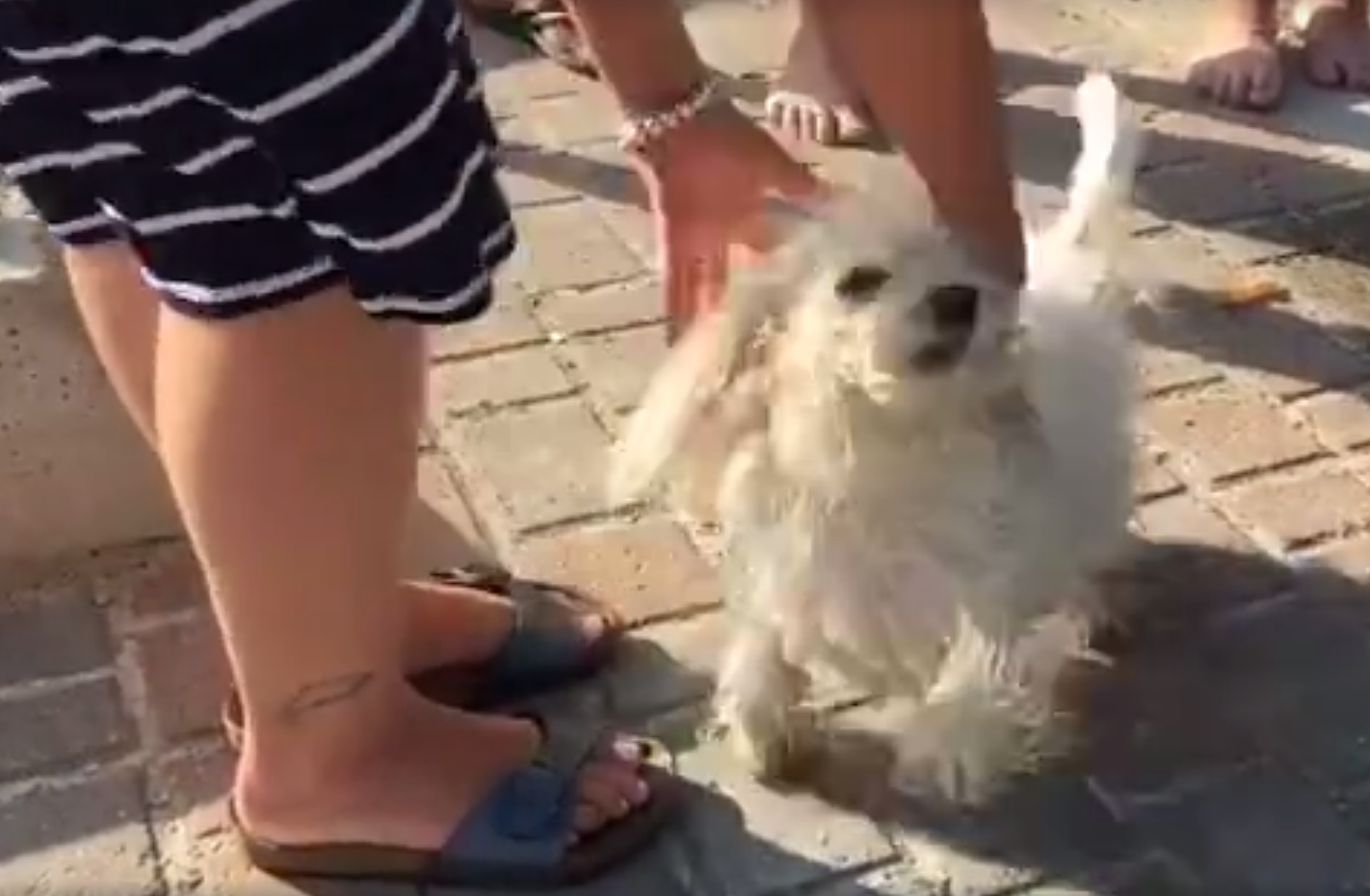 The owners returned about 50 minutes later, but police took hold of the dog.

You can watch the video of the action here:

Dogs cannot sweat to cool down in the same way that humans can, making it much more dangerous since they overheat more quickly.

The American Veterinary Association reveals that on a 70° day, a car may heat up to 89° in just 10 minutes, reaching 104° in half an hour. A dog risks illness and even death in such conditions.

It is therefore strongly advised to never leave a dog alone in a car whilst the summer temperatures are soaring.

Yet Another Major U.S. State Makes It Legal To Smash A Car Window To Rescue A Suffering Dog 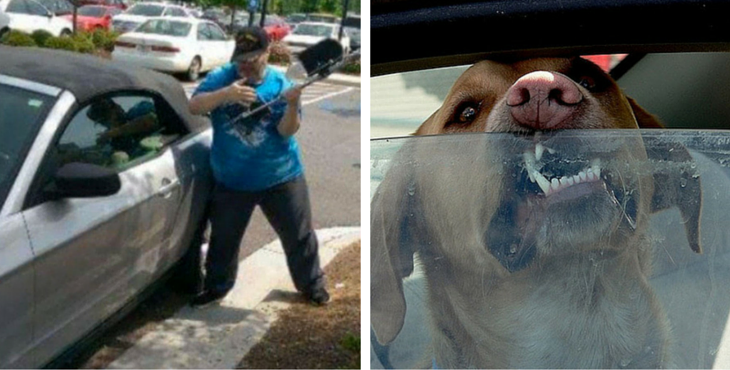