Danielle Sykora has been blind since the age of two after going through surgery for retinoblastoma. However, she has been anything but alone in her battle with blindness, having adorable service dog, Thai, by her side every step of the way.

While Danielle is guided by Thai, it seems Thai is guided by food, and the clever dog certainly isn't afraid to go after exactly this, even if it means bending the rules of his job slightly. 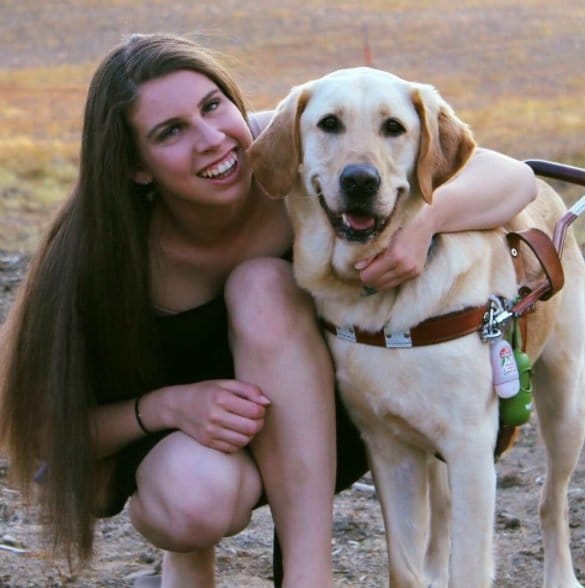 Sykora is a student at Delaware Valley University in Doylestown, Pennsylvania, and along with Thai, travels there on weekends. While attending the university, Sykora and her sister Michele, love going to the mall to do a little shopping, and it seems they're not alone in enjoying this particular activity…

On one occasion, Sykora was accompanied by her dad, who noticed there was one shop — a pet supply store called Cool Dog Gear — that, unbeknownst to Sykora, Thai particularly liked visiting. Michele told The Dodo:

The first time my sister ever went to this mall, she was with my dad and Thai just veered right into the store without her knowing. The second time we went back there, I wanted to witness it for myself, so we walked in the direction of the pet store and of course he walked right in there again!

This time, Michele decided to have her phone ready should Thai pull one of his tricks. You can see the hilarious footage below.

My sisters guide dog always sneakily walks her into this store without her knowing 😂😍 I love dogs, man pic.twitter.com/UuE9wDN4md

The video quickly went viral, raking up thousands upon thousands of views. Michele went on to say that "if there is any word to describe Thai, it is probably ‘foodie. He will do anything to get a crumb on the floor."

Upon revealing to an oblivious Danielle what Thai had been up to, she wasn't the least bit surprised, noting that this wasn't the first time something like this had happened. At school, Thai has the habit of taking her to Starbucks, since he knows she loves coffee — and there’s always something waiting for him too. And on a trip to a boardwalk one summer, Thai directed his mom into every store that sold food, passing right by the clothing stores she was interested in. 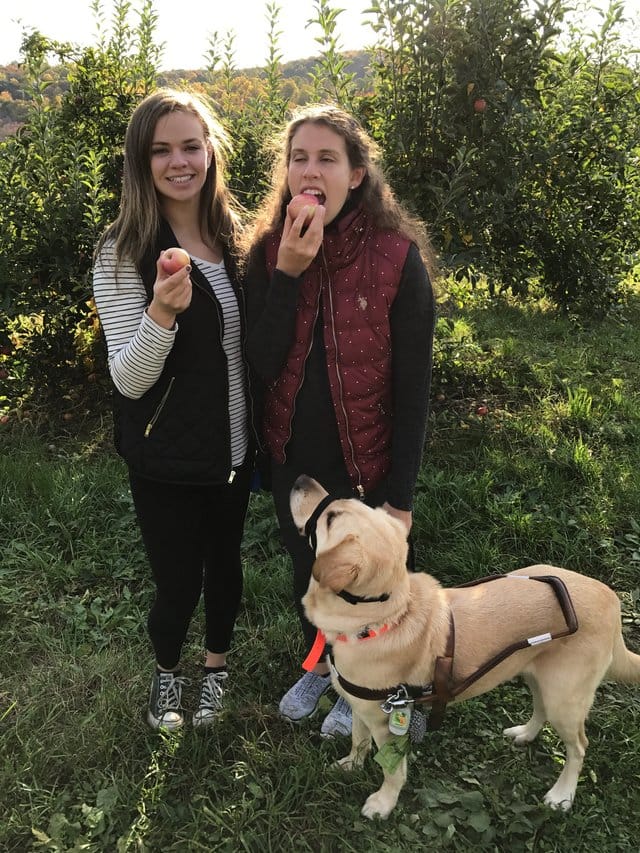 Despite his at times mischievous behaviour, Danielle doesn't hold it against him, safe in the knowledge that he will never leave her side. Michele said:

Thai and Danielle have a relationship only a person with a service dog could ever understand. He is her eyes. He goes with her absolutely everywhere. Even when Thai isn't working and we are home, if she leaves the room he will get up and follow her everywhere. 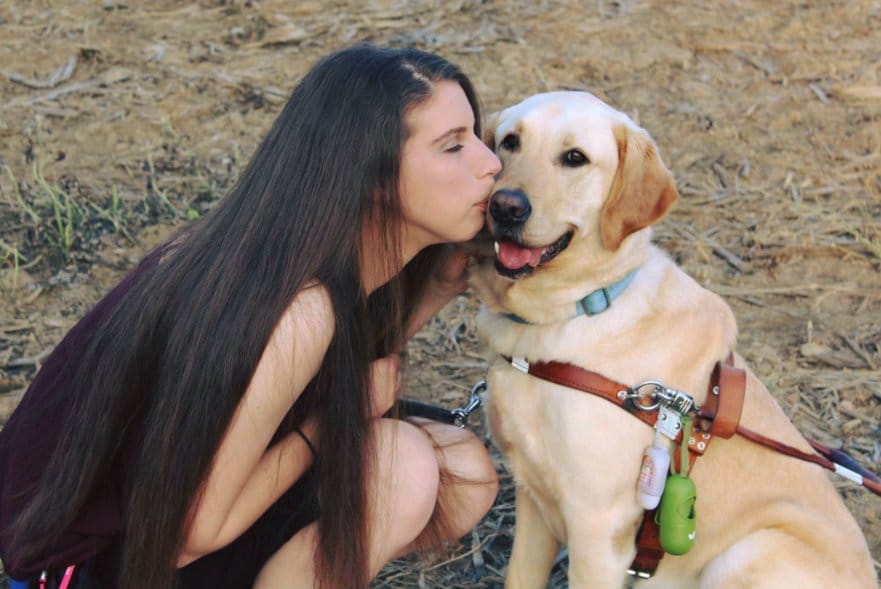 This beautiful bond was all formed thanks to the Guide Dog Foundation, that selects dogs for you based off their personality. The Sykora's could not have been more thankful to receive a wonderful dog like Thai, who's wily ways have been a constant source of entertainment for them.