With its punky green mohican and fleshy finger-like growths under its chin, there is no denying the unique appearance of the Mary River turtle. Sadly, there is also no denying the fact that it has just joined the ever increasing list of endangered animals.

At only 40cm long, this turtle is only found on the Mary river in Queensland, hence its name. It now features in a new list of the most vulnerable reptile species compiled by the Zoological Society of London (ZSL). 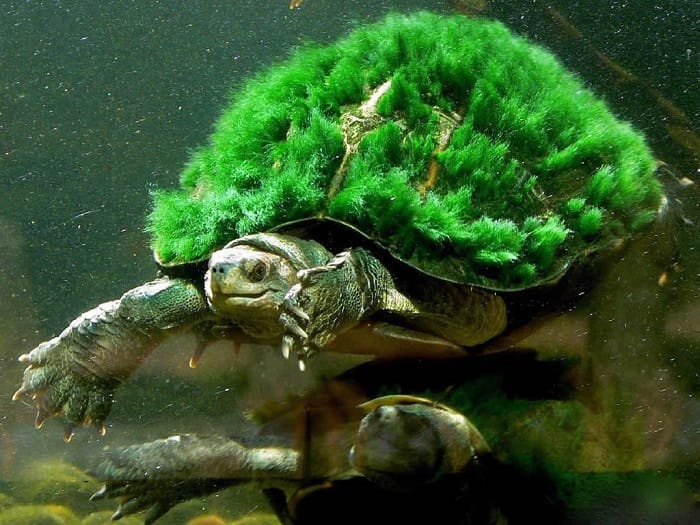 The turtle's docile nature contrasted with its punk like appearance derived from vertical strands of algae that grow on its body, has made it historically popular as a pet.

Gill-like organs within its cloaca – an orifice used by reptiles for excretion and mating – enable it to stay underwater for up to three days, but it was unable to hide from the pet collectors who raided its nests during the 1960s and 1970s. 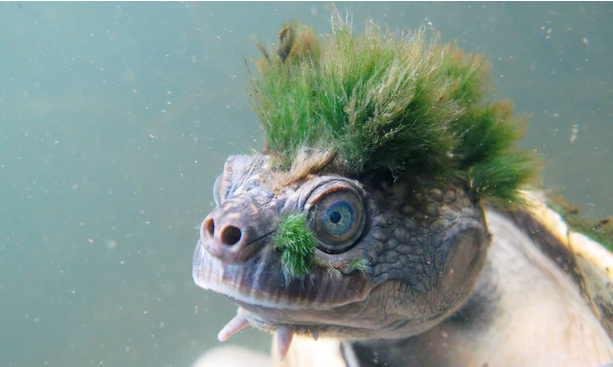 The turtle is currently 30th on ZSL's Evolutionary Distinct and Globally Endangered (Edge) List for reptiles, which was first established in 2007. These lists have previously been published for birds, amphibians, corals and mammals, being used to help guide conservation priorities for 100 most at-risk species. It works by giving each species a score which combines extinction risk with its evolutionary isolation or uniqueness.

Number one on the list is the Madagascar big-headed turtle, which has a score higher than that of any other bird, amphibian or mammal, and is sadly still taken for food and global trade. 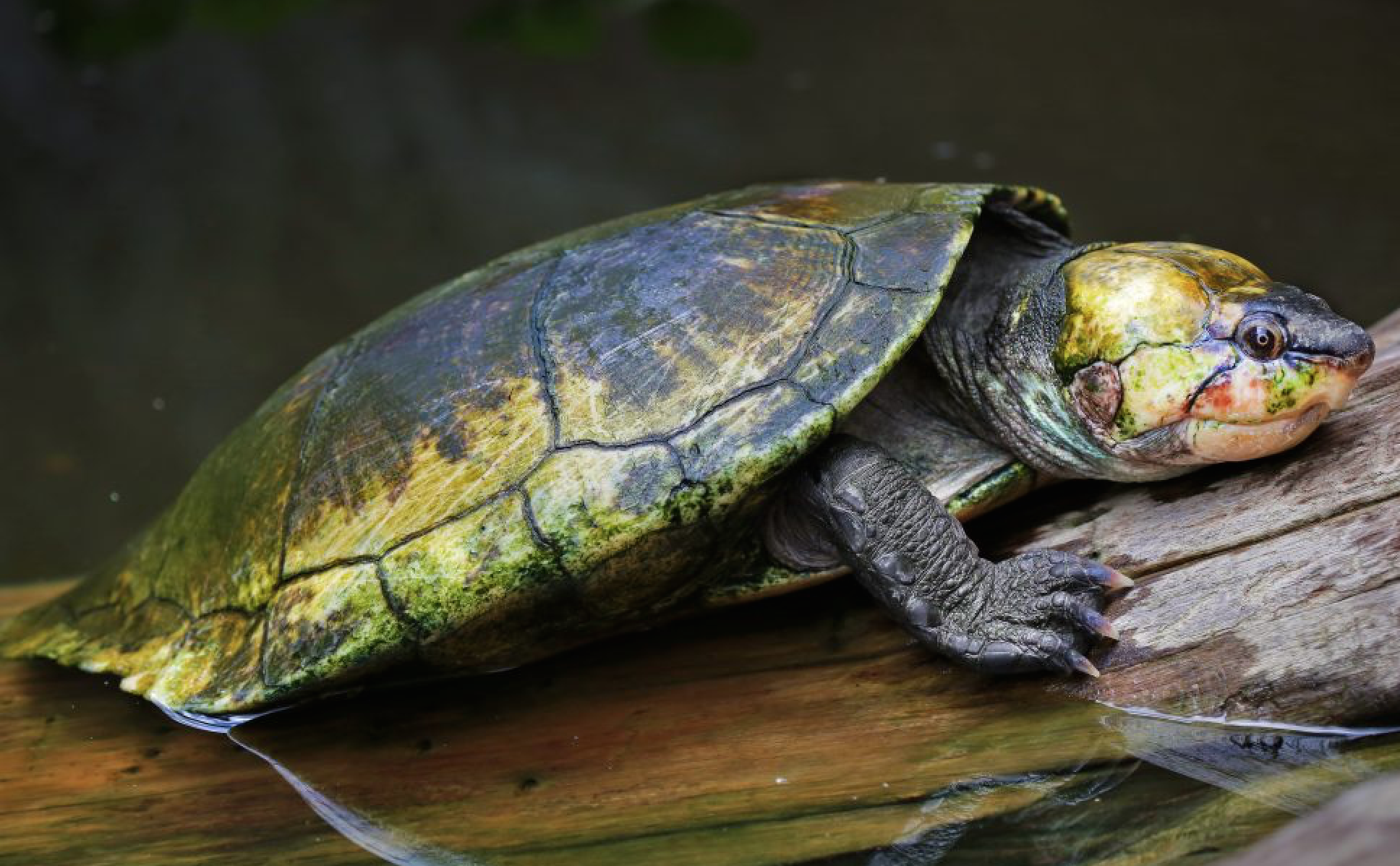 Rikki Gumbs, co-ordinator of Edge reptiles, said to The Guardian:

Reptiles often receive the short end of the stick in conservation terms, compared with the likes of birds and mammals. However, the Edge reptiles list highlights just how unique, vulnerable and amazing these creatures really are.

He went on to add:

Just as with tigers, rhinos and elephants, it is vital we do our utmost to save these unique and too often overlooked animals. Many Edge reptiles are the sole survivors of ancient lineages, whose branches of the tree of life stretch back to the age of the dinosaurs. If we lose these species there will be nothing like them left on Earth.

Just recently, 11,000 endangered tortoises were rescued from a trafficking house in Toliara, Madagascar. The radiated tortoise’s decorative, high-doomed shell has made it a target for poachers and animal traffickers around the world.