On Monday February 19, tourists in the town of Semporna, Borneo, were horrified to witness a scene of mass slaughter of over a dozen endangered sea creatures.

The area, which is renown for its stunning marine life attracts tourists for this exact reason with people coming from all over the world to dive there. However, what tourists weren't expecting to see was the sight of 15 live giant rays being "finned" next to Big John Scuba's dive lodge.

Out of the 15 rays, one was a manta ray, a species listed as "vulnerable to extinction" on the Redlist Union for Conservation of Nature (IUCN). The rays were reportedly transported to the island on fisherman's boats belonging to the water village next to the lodge.

The tourists, who were clearly shocked by the scene, took pictures of the fisherman cutting of the ray's pectoral fins and uploaded them to social media. The pictures soon went viral with internet users and marine conservationists alike being outraged.

Sabah Shark Protection Association Chairman Aderick Chong told the NST that one of the manta rays slaughtered has been confirmed as an oceanic manta, while others were Devil Rays. The oceanic manta is the world's largest species of ray and is on the verge of extinction. It is also protected under the Convention on the International Trade in Endangered Species (Cites). 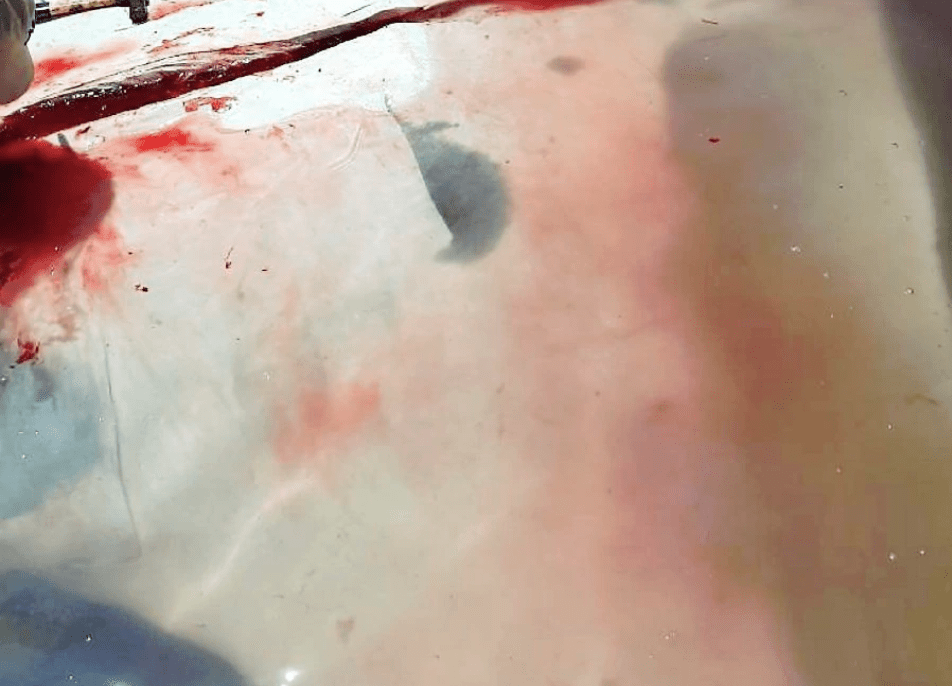 He said to Today Online:

I was saddened to learn about this, especially after the recent landmark steps taken by the Fisheries Department to protect these animals. Many tourists come to Sabah each year for our unique wildlife, and we urge the complete protection of these animals in our waters. More protection will not only ensure the health of our oceans, it will also safeguard the future of our tourism industry.

Mr Chong wishes to reiterate to the fishing community in the Semporna region that the endangered marine animals are more valuable alive than dead and that there is a need to come up with creative ways to provide alternative livelihoods.

In Sabah, only whale sharks and sawfish are listed as “threatened” under the Fisheries (Control of Endangered Species of Fish) Regulations 1999, Fisheries Act 1985. However the Fisheries department is currently in the process of listing four shark and two ray species as "threatened" as well.

Until protection of these species is put in place, catching them in Malaysian waters is currently not against the law.