On May 12, a brave German Shepherd no doubt saved the life of a seven-year-old girl when he stopped a snake from biting her. 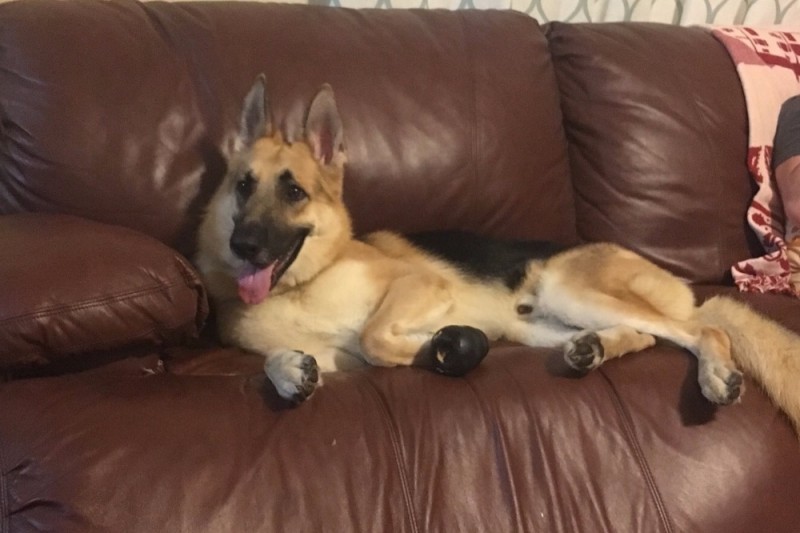 The Deluca family only adopted the two-year-old dog called Haus from a local shelter in Florida two months ago.

But he quickly formed an extremely strong bond with Molly, the little girl whose life he saved. 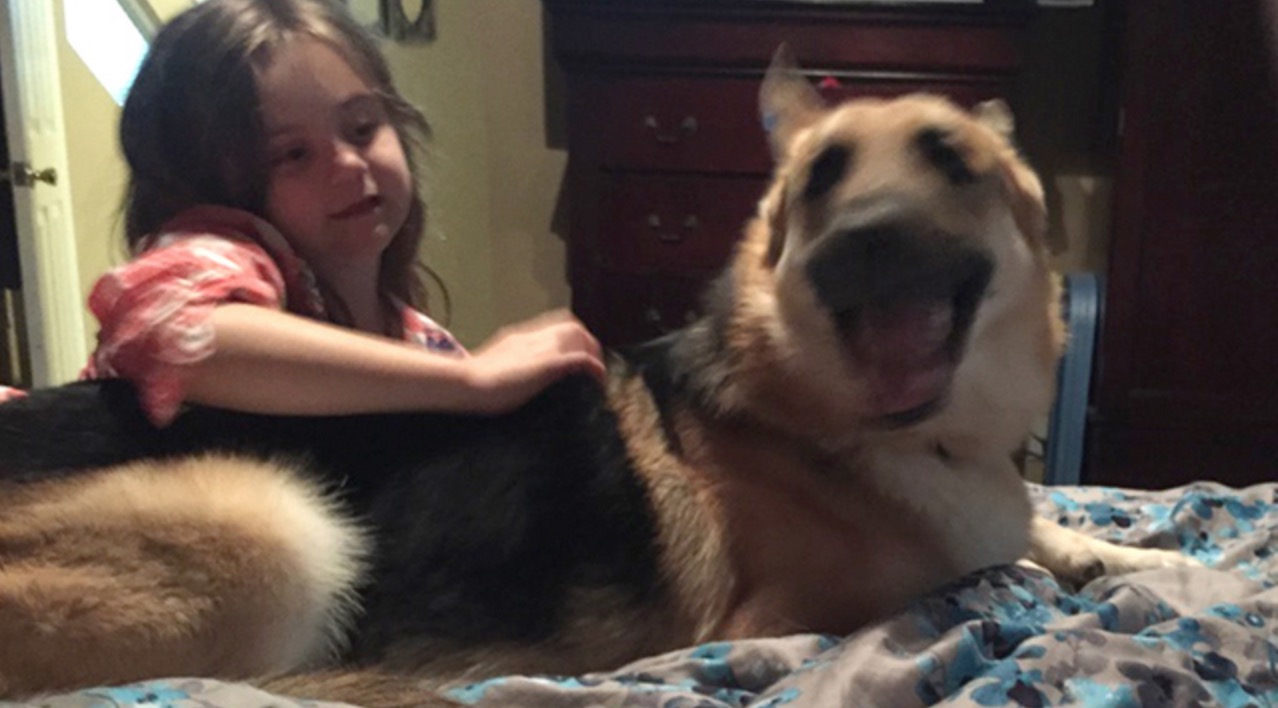 But the German's Shepherd love for his tiny human went beyond expectations when he got in the way of a rattlesnake trying to bite Molly, and got bitten instead.

Haus immediately came to her rescue, refusing to back down even when the snake bit him three times… He had every opportunity to run but he didn't.

Haus was immediately taken to the emergency vet's, where he is still fighting for his life whilst the vets try and extract the venomous poison from his blood. 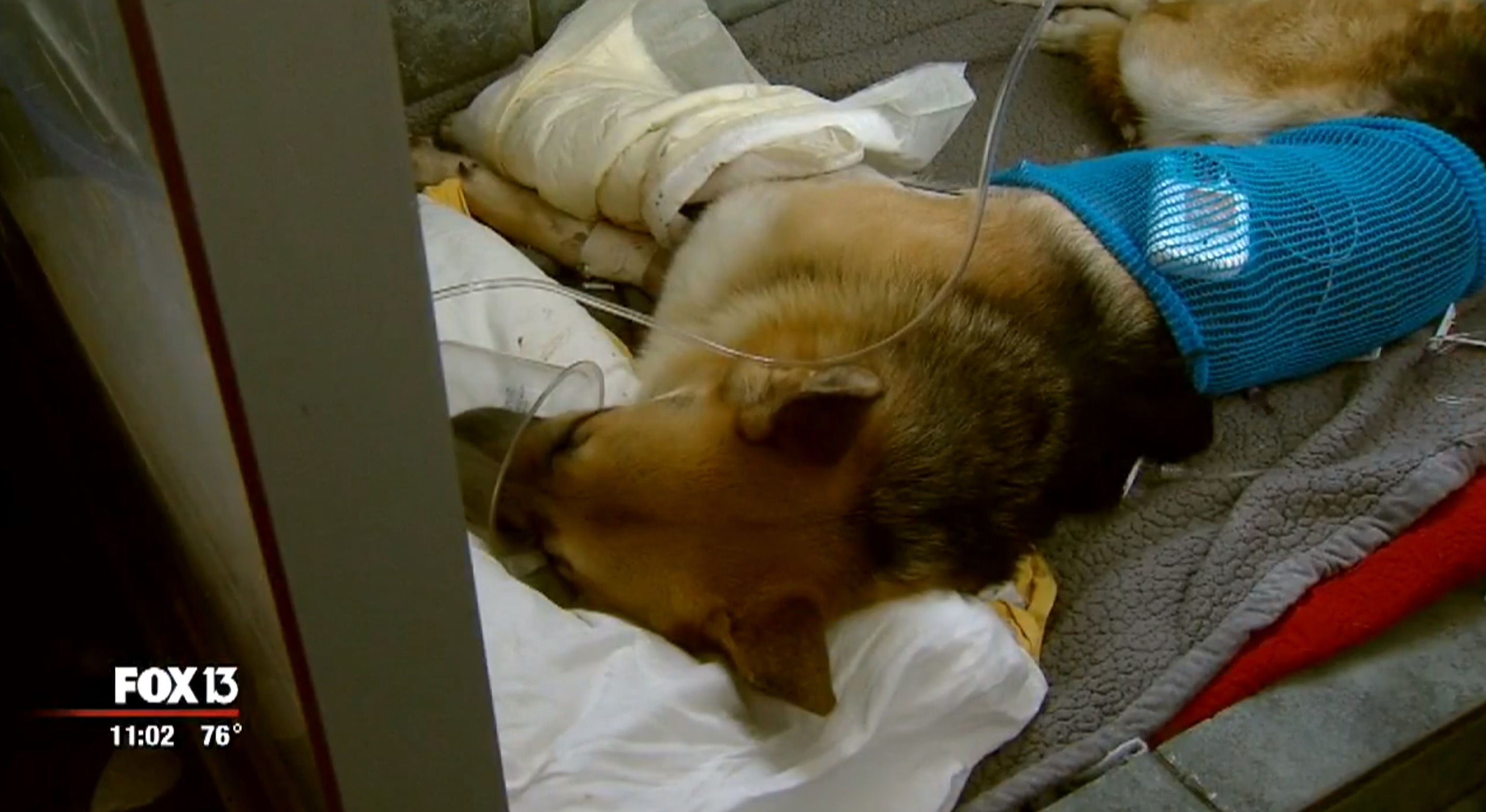 The vets are administering antivenin to help keep the dog alive, as well as painkillers. Aside from the wounds to his leg, he may also have kidney damage. 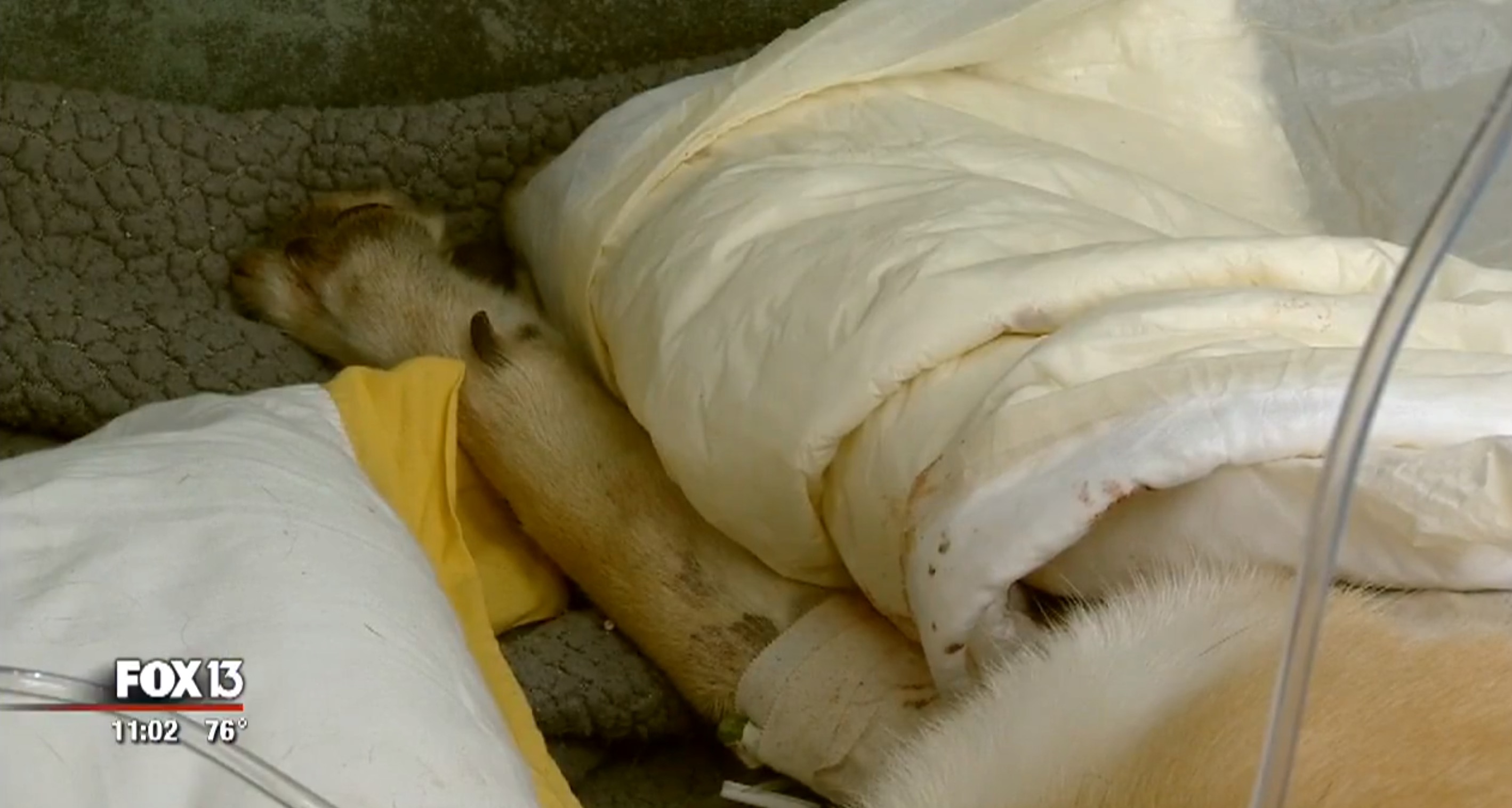 But the treatment is extremely expensive (around $12,000 dollars), so a friend of the family's decided to launch a fundraising campaign to help them keep their heroic dog alive.

And the reaction has been "overwhelming", with hundreds of internet users offering their support. 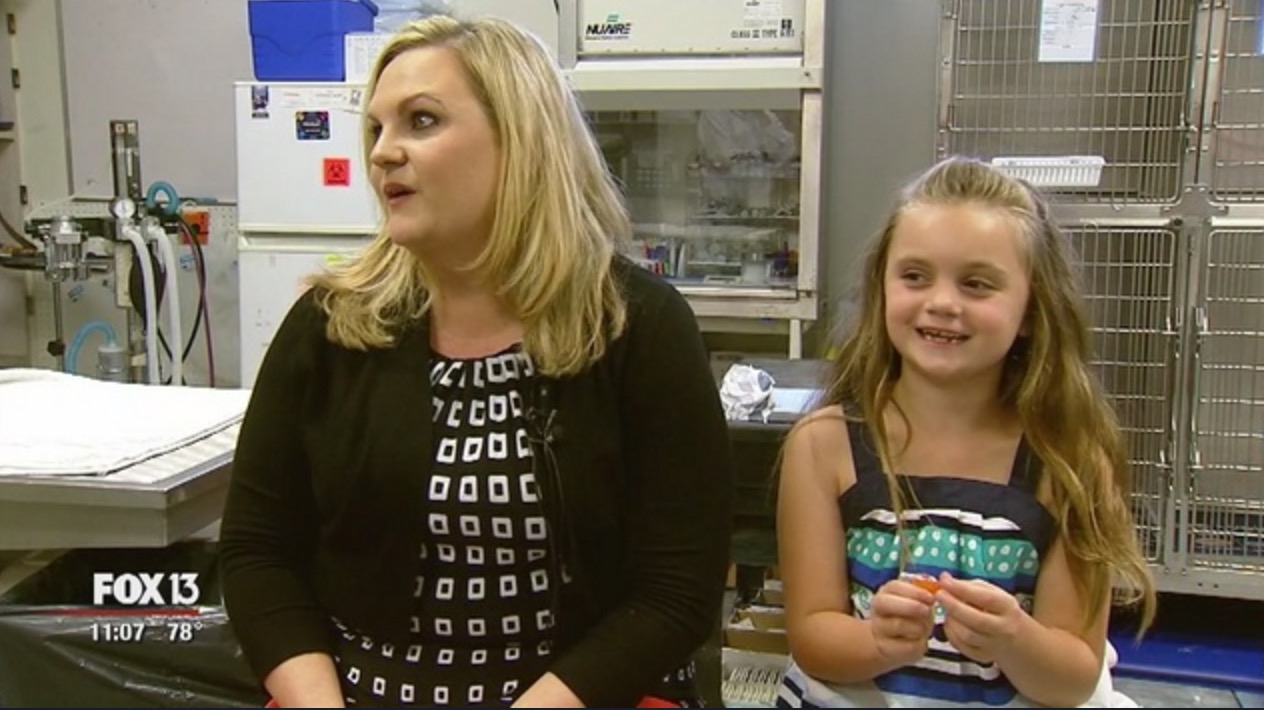 Within 24 hours, over 1,500 people had made donations, in awe of the dog and his protective instinct.

The support has been above and beyond their goals, recently reaching $50,000 dollars in donations. 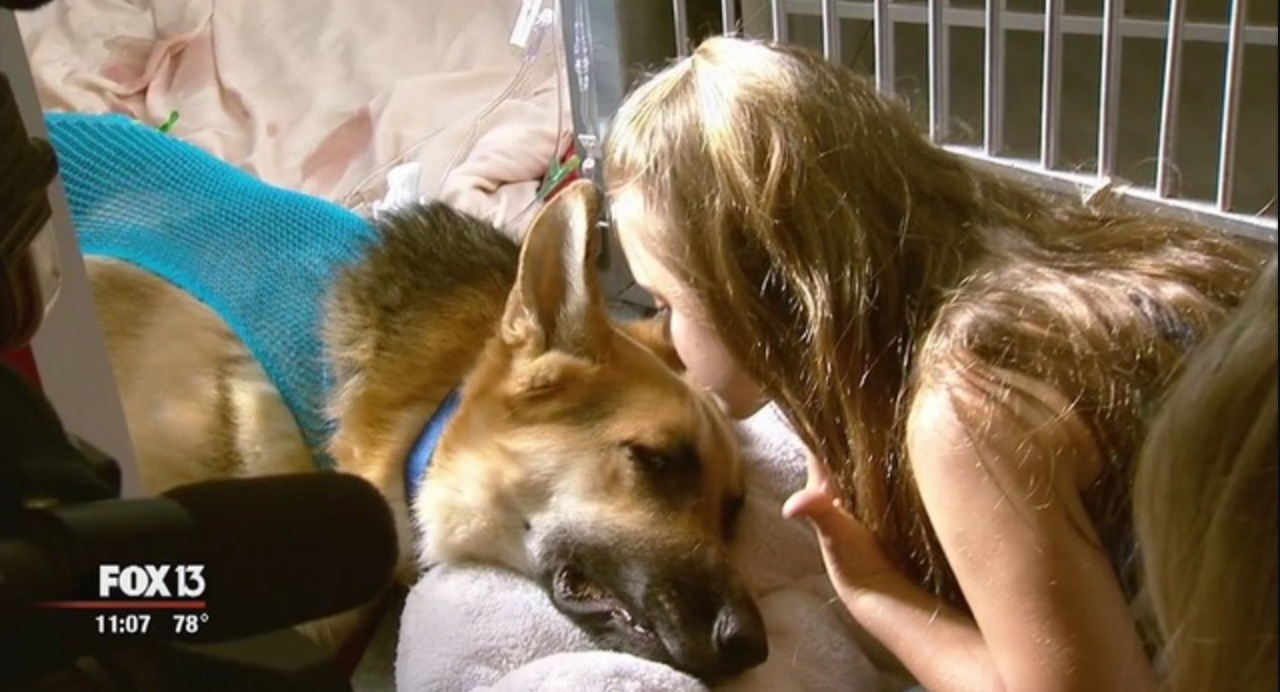 The amazing generosity of the public means that the vets will be able to do their upmost to save Haus.

Once they have covered the dog's medical bills, the family are going to donate the rest of the money to a local animal shelter. 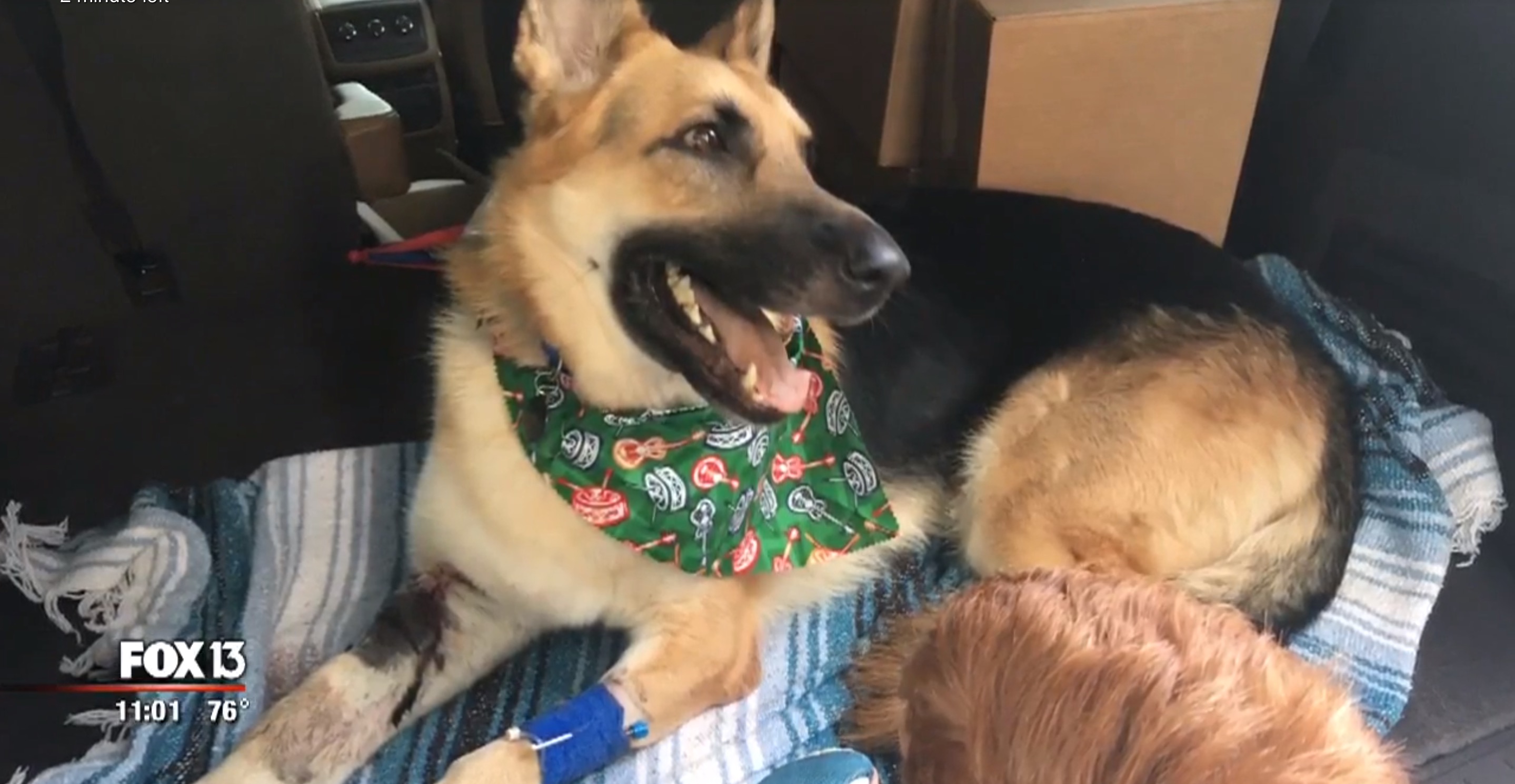 At the moment, Haus is in a stable condition in the Intensive Care unit at the Blue Pearl veterinary clinic.

The dog still has venom in his blood and his leg is wounded but the vets are continuing to give him the antivenin treatment and keeping a very close eye on him.

It's unclear when he'll be able to go home with his family, but we hope that he makes a full recovery soon.

"It shows you that a rescue dog, for us, paid it forward by protecting my family," Adam Deluca concluded.