Holiday, a 2-year-old female Pit Bull, has already survived many difficult ordeals over the course of her short life, writes The Dodo. 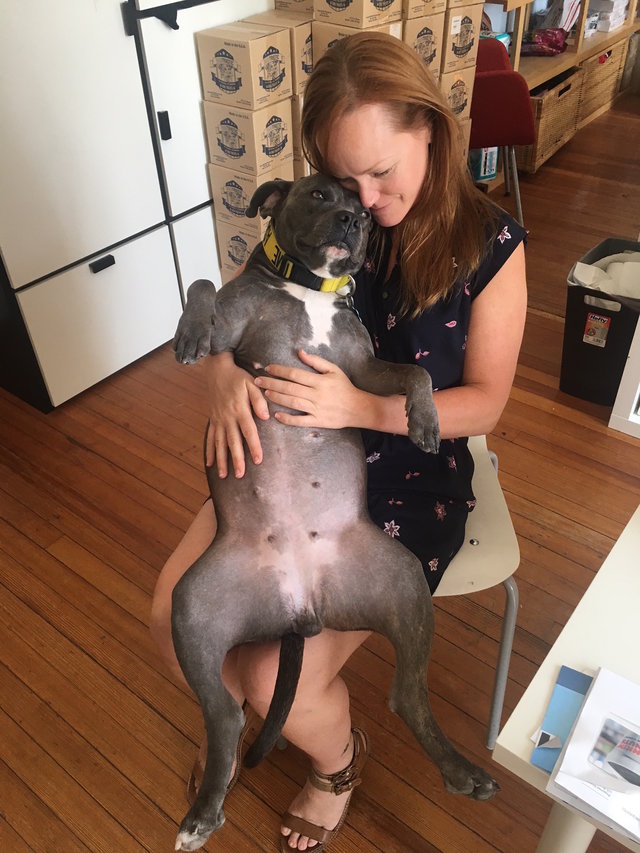 She was rescued in February 2017 from a backyard breeder, who used her to breed litter after litter of puppies with no regard for her health and happiness. After her rescue, she was taken to a shelter in North Carolina, then sent to Mr. Bones and Co. in New York, where she is now being fostered. 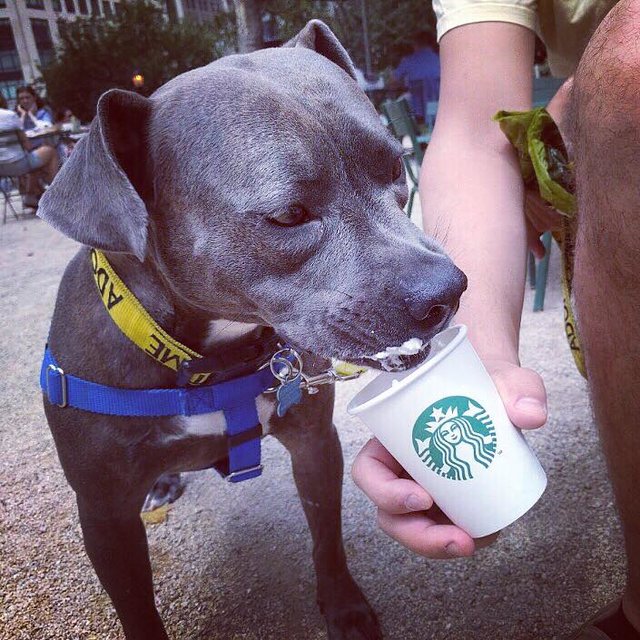 Elli Frank, the founder of the association, told The Dodo:

She had no idea what was happening to her, and she was scared. She came up to me in the yard and pressed her body up against me, and in that moment I was like, ‘I got you. It's going to be OK. 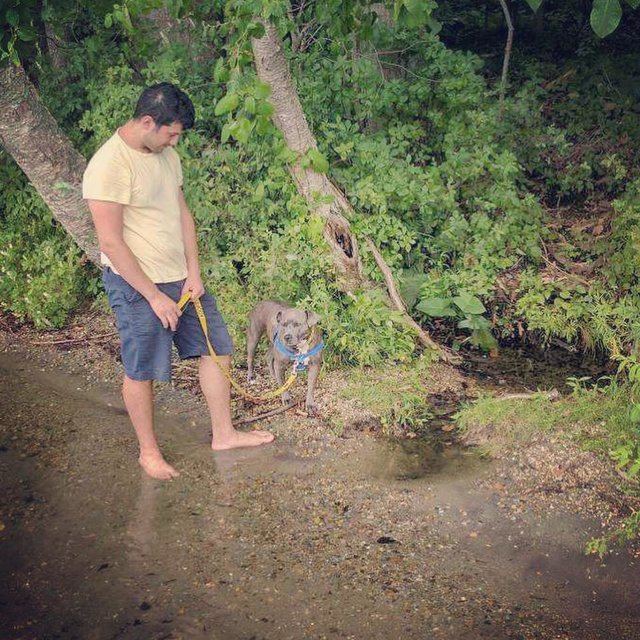 Despite her difficult past, Holiday is a sweet, adorable dog who loves human company. But unfortunately, the busy and metropolitan city of New York has been a stressful environment for the docile pup to get used to, to the point where Holiday was getting extremely anxious whenever she knew that she was being taken out for a walk.

So her family came up with a simple, but very effective solution; put her in pajamas!

The idea came about after Elli Frank asked Holiday's foster mom to take a cute photo of her to put on the internet, hoping that it would help her find her forever home. 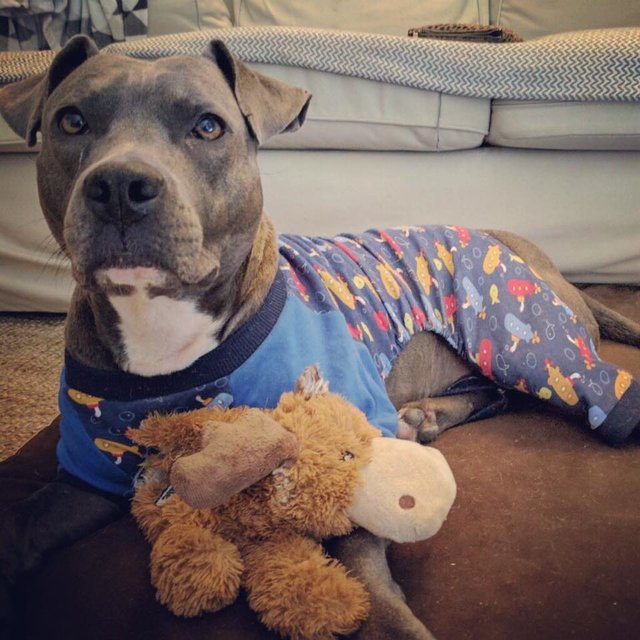 Once the photo was taken, the family decided to take Holiday on her walk – still wearing her pajamas – and discovered something amazing. Rather than being timid and anxious, as she normally was, Holiday seemed more calm and self assured. Thanks to her pajamas, the traumatized pooch finally felt safe.

At the moment, Holiday wears her adorable outfit wherever she goes. She even takes the subway and goes for walks in the mountains dressed in her signature, very fashionable clothing. 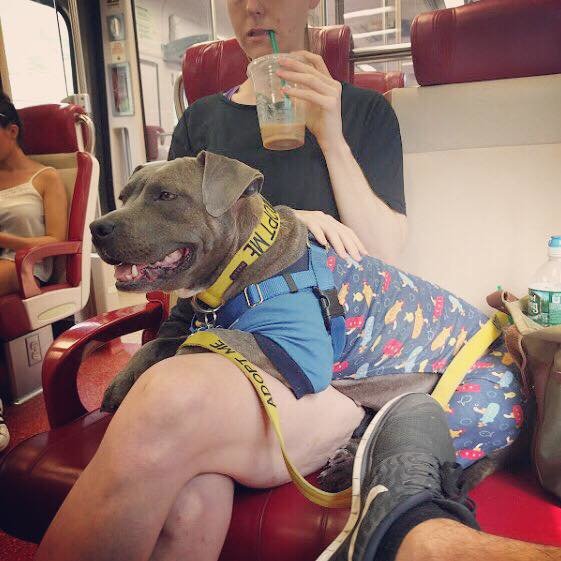 Holiday hasn't been adopted yet, to the sadness of the association. Unfortunately, her foster family will soon not be able to look after her anymore either, meaning that she will have to be sent to a kennel until a new home appears.

As Holiday is wary of other dogs, she has to be in a home where she is the only canine, as Elli Frank explains: 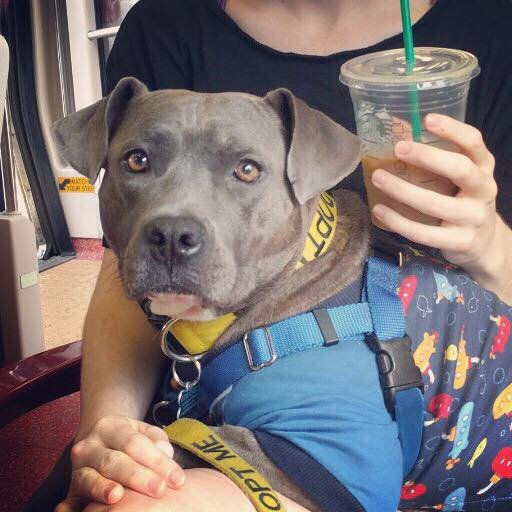 All that Holiday wants is lots of love, affection and hugs from a patient and loving family. We can only hope that this adorable dog finds a forever home as soon as possible. 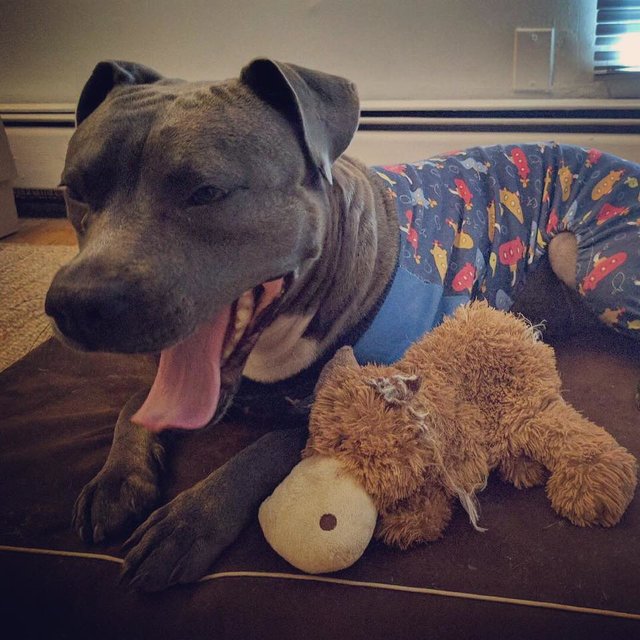 If you live in New York and could offer this beautiful dog her new home, you can find out more about her on her page at Mr Bones and Co.