A new investigation filmed in a hen breeding farm in Italy has been posted on the Internet and widely broadcast around the country by the television program Le Iene (in Italian). The video was filmed by a former member of the Italian parliament, Paolo Bernini, also president of animal rights charity Difesa Protezione Animali (DPA). 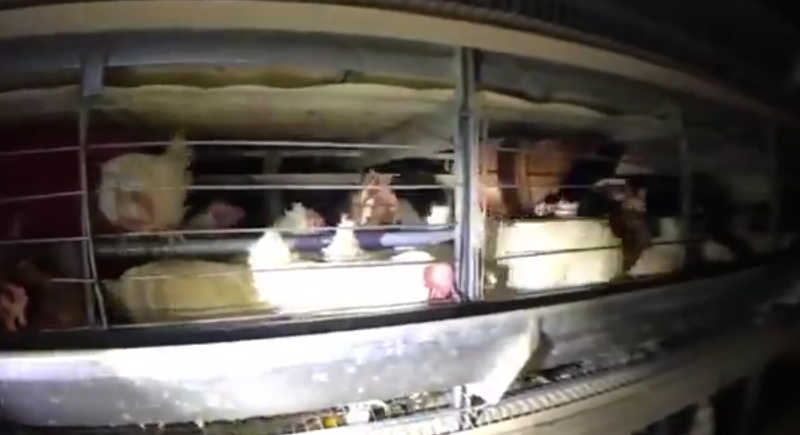 The former MP filmed the intensive farming at night with the help of volunteers. In order to avoid an infringement complaint, the name of the farm is not revealed.

In the very first images, you can see hundreds of chickens piled up in cages. With no access to natural light, fresh air or water in the building, there were inevitably many deaths.

When they're outside, the hens spend their days scraping the ground for food, flapping their wings and straightening their feathers for to get rid of dirt and pests.

The cleaning of their feathers is essential as it allows the eggs to be laid in a clean environment. However, when they're inside, cooped up in the cages, none of this is possible. 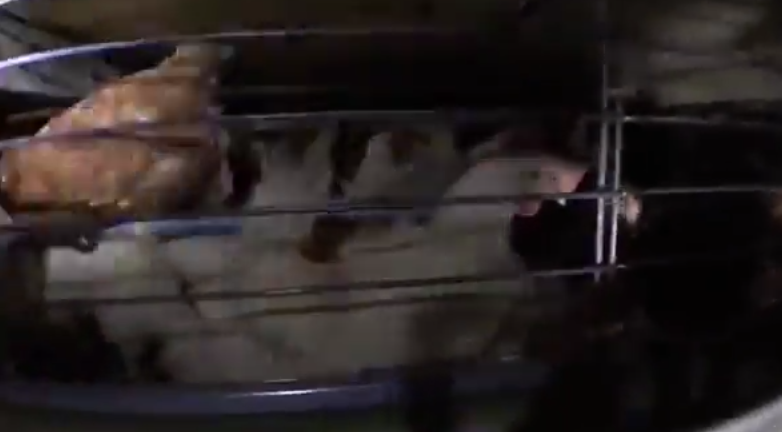 In Italy, around 62 million hens are farmed, 40 million spending their lives in a cage of just 45cm in height, the equivalent of an A4 piece of paper on the ground surface. Each chicken produces 300 eggs a year, ie two times more than 50 years ago.

These farming hens lead a very short life: after about a year, their productivity drops due to a lack of calcium, the main component of the egg shells, and they are sent to the slaughterhouse.

But some die beforehand with the main cause of death in fact being cannibalism. To overcome this problem, breeders have come up with a brutal solution. A few days after their birth, their beak is cut with a blade heated to around 750°c.

Without anaesthesia, the beak is reduced to one third of its usual size. This practice is illegal in some countries, such as Sweden, but in Italy, it is sadly perfectly legal.

The video reveals that in this farm, the living hens must live with their dead companions who didn't survive the stress, the heat or the awful unhygienic conditions. And these are the eggs that Italians buy and consume. 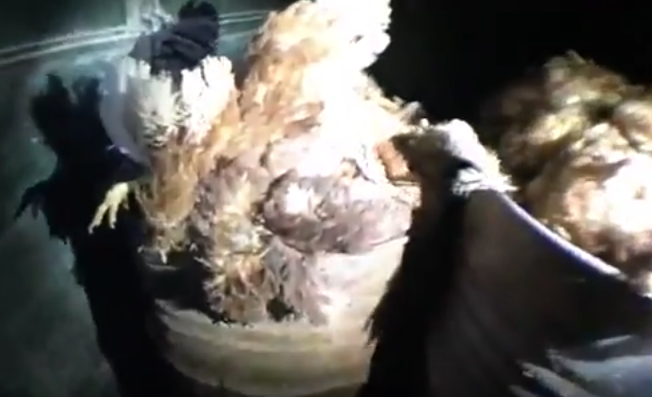 These types of cages and farming are forbidden in Europe where the law demands "enriched cages", ie designed to promote the welfare of the animals. Italy has even already been punished by the european Court for not abiding by this law.

This isn't the first that that farming conditions in Italy have come under fire. A recent investigation revealed the horrors behind two lamb slaughterhouses in the country where the meat is eaten at Easter.

You can watch the video taken in the farm below. ATTENTION Shocking images